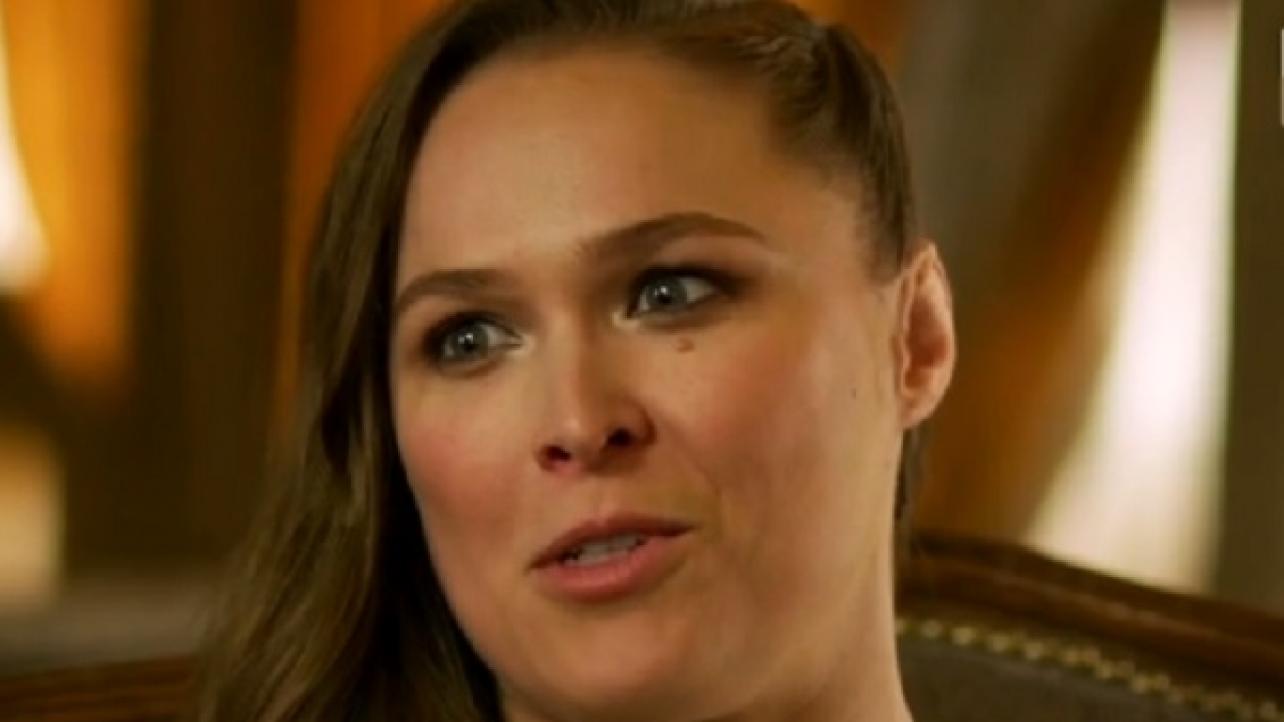 During the UFC 237 pay-per-view broadcast from Rio de Janeiro, Brazil on Saturday evening, which streamed live via ESPN+, UFC announced a new Ronda Rousey special coming in the near future.

After the brief clip, Olivi announced that she released six minutes from her exclusive sit-down interview with the UFC Hall Of Famer turned WWE Superstar on her official Instagram page. Check out the six minute preview video below.

Interviewing @RondaRousey over the years has always been a fun experience, but when we sat down recently in California my chat with Ronda quickly became one of my favorite interviews. She was open, funny and so entertaining to catch up with. I’m beyond grateful she was willing to have this conversation and I think you’ll really enjoy hearing what she has to say. Here’s a sneak peak of our interview which comes out Sunday at noon EST on UFC.com …