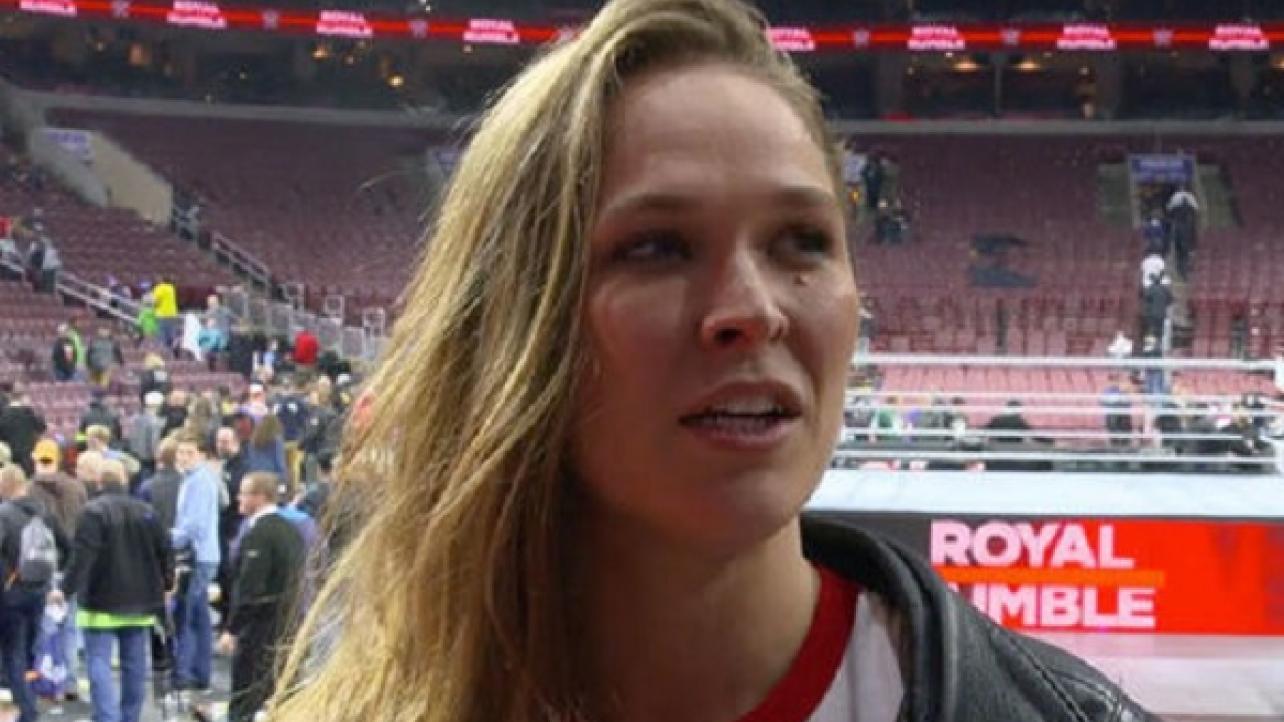 Ronda Rousey On Who She Wants To Face In WWE, Favorite WrestleMania Moments

Ronda Rousey recently spoke with the folks at Planeta Wrestling to promote next month’s WrestleMania 34 pay-per-view. Featured below are some of the highlights from the interview.

On who she would like to face in WWE: “Right now, all of my focus is on Stephanie [McMahon], and that’s it. I kind of have blinders on when I’m focused on something. When I’m focused on something that’s my whole universe. [Right now, it’s] Stephanie McMahon, and beating the hell out of her at WrestleMania is the center of my whole universe. And I really can’t afford to be focusing on anyone else other than her.”

On her favorite WrestleMania moments: “As a kid, I just remember Hulk Hogan being my hero. My family didn’t sit down and go, ‘Oh, we’re going to watch WrestleMania together!’ it was just always on. I live in North Dakota, so wrestling is really big out there and it was just on TV. I was too little to understand, ‘Oh, this is this event and that’s that event.’ Now that I’m older, WrestleMania I is of course my favorite, Rowdy” Roddy Piper and Hulk Hogan. … That was something that I grew to appreciate as an adult.”

On what she feels she brings to the WWE women’s division: “I don’t want to change anything that the women have been doing, they’ve been doing an amazing job. They’ve really been able to change the industry for the better and just the way people look at the women out there. I just consider myself a catalyst. I’m here to speed the process up and to make sure the hard work that they’ve been doing is seen and appreciated by more people.”

Check out the complete Ronda Rousey interview above, or at YouTube.com.

Ronda Rousey On Who She Wants To Face In WWE, Favorite WrestleMania Moments