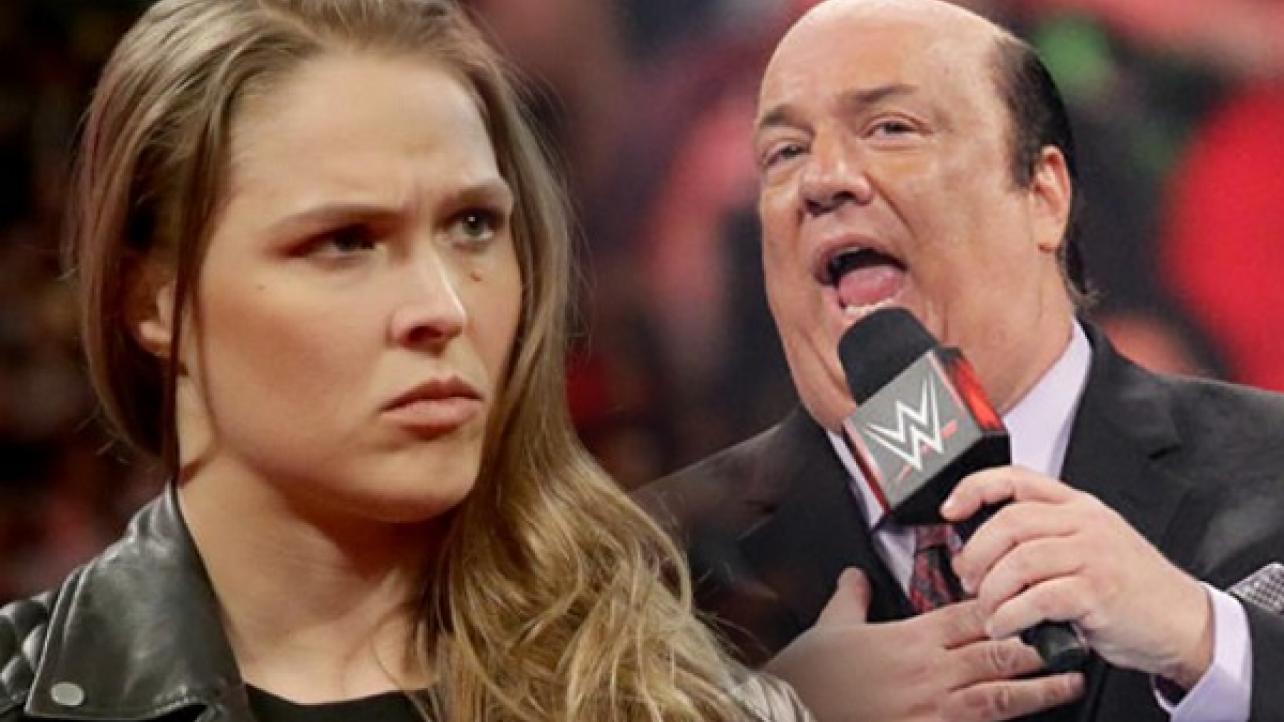 After it was announced that the RAW Women’s Championship Triple-Threat Match would be the main event of WrestleMania 35 on Monday morning, Ronda Rousey spoke with her official website for an interview. Featured below are some of the highlights.

On finding out she was headlining WrestleMania 35 from Paul Heyman: “I found out from Paul Heyman, and the reason I found out is I sent him this long text, basically saying: ‘Hey, Paul, let’s do an April Fool’s Day joke on April Fool’s Day on RAW, saying that I’m pregnant and that the women are no longer the main event in WrestleMania, because I’m out.’ Then at the end of the show, we can say, “April Fool’s!” Then he called me back immediately, and he said, ‘Yeah, great idea and all, but they’re going to announce to all major outlets and everything that the women are actually going to main event, this Monday. So we can’t do your April Fool’s Day joke. They’re making that official, official.’ I was like, oh, shoot! So yeah, Paul Heyman told me is the short version of the answer. But he told me to explain why I couldn’t do my April Fool’s Day joke and tell everyone I’m pregnant.”

On if she feels she deserves to be in the main event of WrestleMania after only one year with WWE, and whether or not this makes her feel added pressure: “No, I feel like I really do belong and I feel like I’m really happy that it’s all three of us. I feel like there should be as many women as part of this moment as possible because it isn’t just one person’s work, it really is a culmination of everyone’s work to get to this point. A lot of these women have been doing a lot of work for the Women’s Evolution inside the wrestling business a lot longer than I have, but I have been doing my own work for the Women’s Evolution outside of wrestling much longer than they have. So everyone’s been working their ass off their whole life—maybe not all in the same place—but I really think that it’s great that we all get to celebrate this milestone together, and it’s something that we’re all sharing and it’s not something that we’re taking away from anybody else that was before us. It’s a torch that’s being passed on and passed on and passed on, and this is our little moment in the spotlight with the torch and I can’t wait to see who carries it next.”

Check out the complete interview at RondaRousey.com.