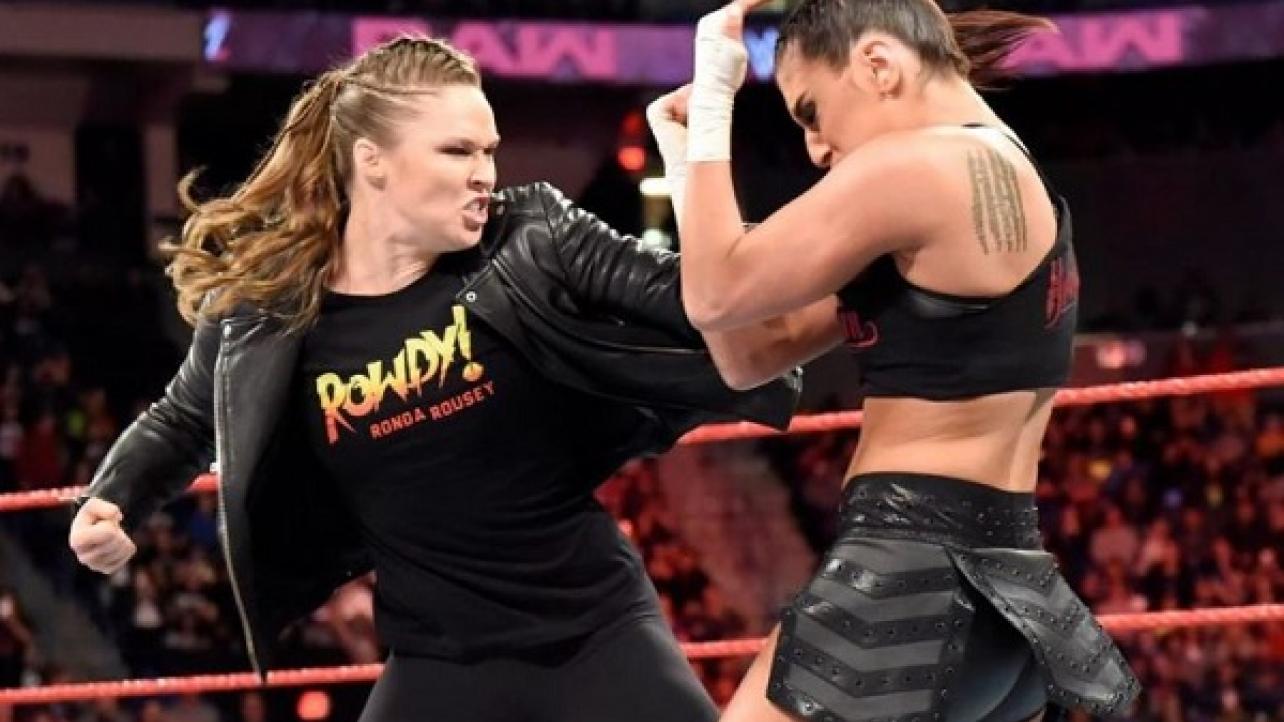 A new “Twitter War” appears to have broken out between Ronda Rousey and Sonya Deville.

The fan page of The Riott Squad shared a video of Rousey dogging Deville’s MMA background. In the video, Rousey stated, “I don’t know if you can really call two amateur fights an MMA background. She was never really a professional, she dabbled in it. She seems like a hobbyist to me. Two of them declared that they are in it and good for them if they think they are going to really win. They kind of have their own tension between them and have a lot of inner betrayals in their own team. I don’t know. We’ll see how well they do, but I think that there’s a lot of other teams that have a lot more solid bond than they do.”

When asked if “she should be saying that,” the RAW Women’s Champion responded, “Why? She said sh*t about me getting kicked in the head [by Holly Holm in the UFC]. F*ck her.”

Deville would take to social media to respond to these comments, once again mocking the UFC Hall Of Famer for her brutal knockout loss to Holm at UFC 193 in November of 2015.

“Haha awhhh that’s cute you’re a little salty from some factual comments I made,” wrote Deville via her official Twitter page. “Well, you know where I work and I would love to reenact the look on your face when you got KOed.”

Check out the Ronda Rousey video and Sonya Deville’s Twitter response below.

Haha awhhh that’s cute you’re a little salty from some factual comments I made. Well you know where I work and I would love to reenact the look on your face when you got KOed https://t.co/TaEo9oW9yb