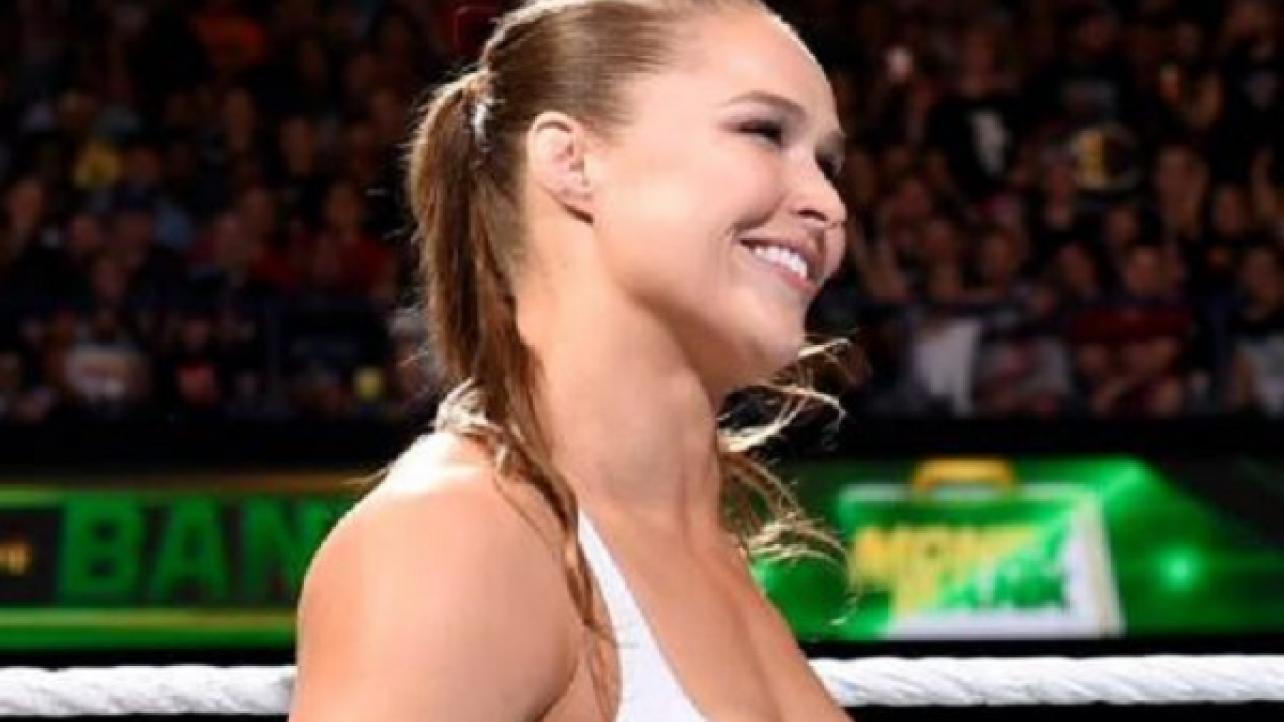 – A new action series dubbed “Strong Girl” is currently in development at The CW. RAW Women’s Champion and UFC Hall Of Famer “Rowdy” Ronda Rousey is attached to the show as one of the executive producers. For more information, read the following story at Deadline.com.

– Ahead of her “Champion versus Champion” non-title showdown against RAW Women’s Champion Ronda Rousey at the WWE Survivor Series pay-per-view later this month, SmackDown Women’s Champion Becky Lynch appeared in-character on the Gorilla Position podcast for an in-depth interview. The official description for the interview reads: “Sit down interview with ‘The Man’ Becky Lynch. The SmackDown Women’s Champion discusses her rivalry with Charlotte Flair and their Match of the Year candidate at Evolution, her thoughts on Crown Jewel, facing Ronda Rousey at Survivor Series, her character transformation in recent months, why she’s getting love from the fans, plus getting advice from Stone Cold Steve Austin.” Check out the complete appearance below, and remember to join us here on 11/18 for live play-by-play results coverage of WWE Survivor Series 2018.