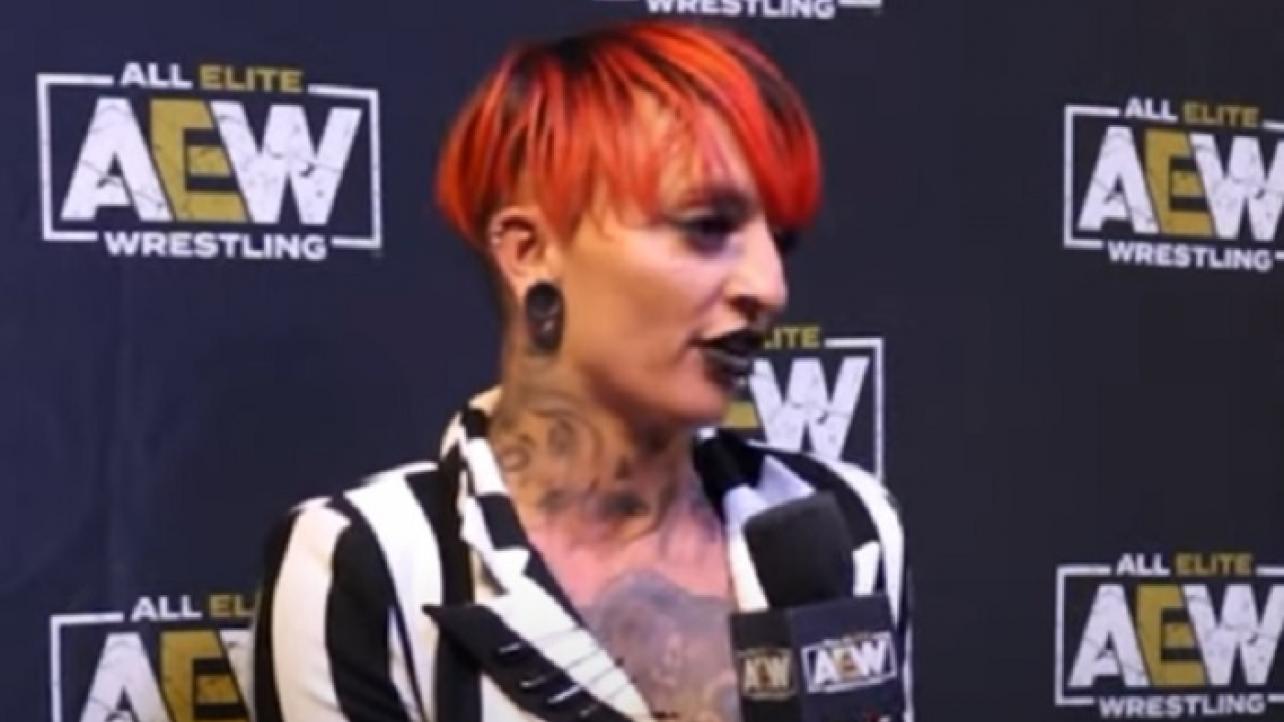 Ruby Soho Comments On All Out Appearance, AEW Women’s Division, Locker Room Reaction To Her Debut

Ruby Soho is All Elite.

As noted, the former WWE Superstar known as Ruby Riott made her All Elite Wrestling debut at the All Out 2021 pay-per-view at the NOW Arena in Hoffman Estates, Illinois on Sunday night.

Soho won the Women’s Casino Battle Royale to secure a future shot at the AEW Women’s Championship, which is currently held by Dr. Britt Baker, D.M.D.

Following her debut on Sunday night, Soho took part in a media scrum with reporters on location at the event held in the Chicago area.

Featured below are some of the highlights of topics Soho spoke about during her post-show scrum.

On the locker room and the crowd making her feel at home immediately: “I have never experienced anything like that before. To have people have that anticipation for me and for people to want that and for people to get it, and getting excited is something that I think all of us in the wrestling industry that I have four. That moment of just being accepted and wanted and welcomed at this new Incredible company that you work for. That’s always a scare, right? You’re working in a new place, ‘Am I going to be accepted? Am I going to fit in?’ It just felt like home immediately from the moment I walked out there and it was just incredible.”

On the vignettes she released as a free agent: “The videos that were put out, I was happy with the reception of them because people understood the story and people could — it seemed like people felt the actual journey I went on and the struggle I went through and now, this rebirth that I am at now. So, it was awesome.”

On how different the women’s division in AEW is: “I think [this division is a crucial part of women’s wrestling]. I think the level of importance that is put on the division here is so apparent. You see different women each week, it’s not the same people. You see different women who are of different backgrounds and all thriving and succeeding and intertwining with each other. You can go on these Journeys with these women and these women have a voice. I think this place is a crucial part in the evolution that is women’s wrestling and I think I’m very, very fortunate to be a part of it.”

Check out more from Ruby Soho’s post-All Out 2021 media scrum via the video embedded below. H/T to Fightful for transcribing the above quotes.

Ruby Soho Comments On All Out Appearance, AEW Women’s Division, Locker Room Reaction To Her Debut