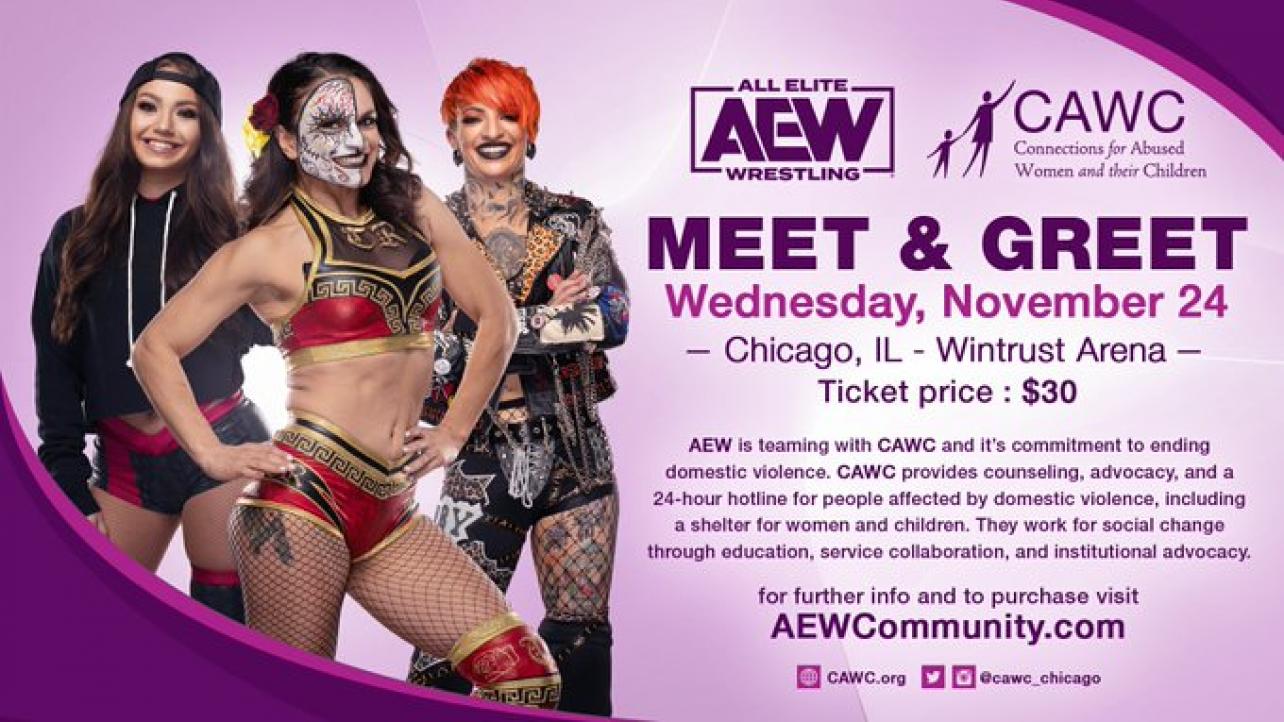 – There will be a Meet & Greet with AEW stars prior to the special Thanksgiving Eve edition of Dynamite on TNT this evening. Ahead of the show, AEW has announced that Thunder Rosa, Ruby Soho and Skye Blue will be appearing at the Wintrust Arena in Chicago, Illinois, the site of tonight’s show, from 5-6pm. Tickets are $30 and proceeds will benefit the Connections for Abused Women and their Children domestic violence organization in Chicago. For more information, follow the link in the tweet embedded below.

– Adam Cole is all about the boom — Bay-Bay. And you can be too! AEW posted a tweet today to promote the brand new t-shirt released for The Super Kliq member, which is available now on the company’s ShopAEW.com website. Check out the tweet with a picture of the new Adam Cole shirt embedded below.