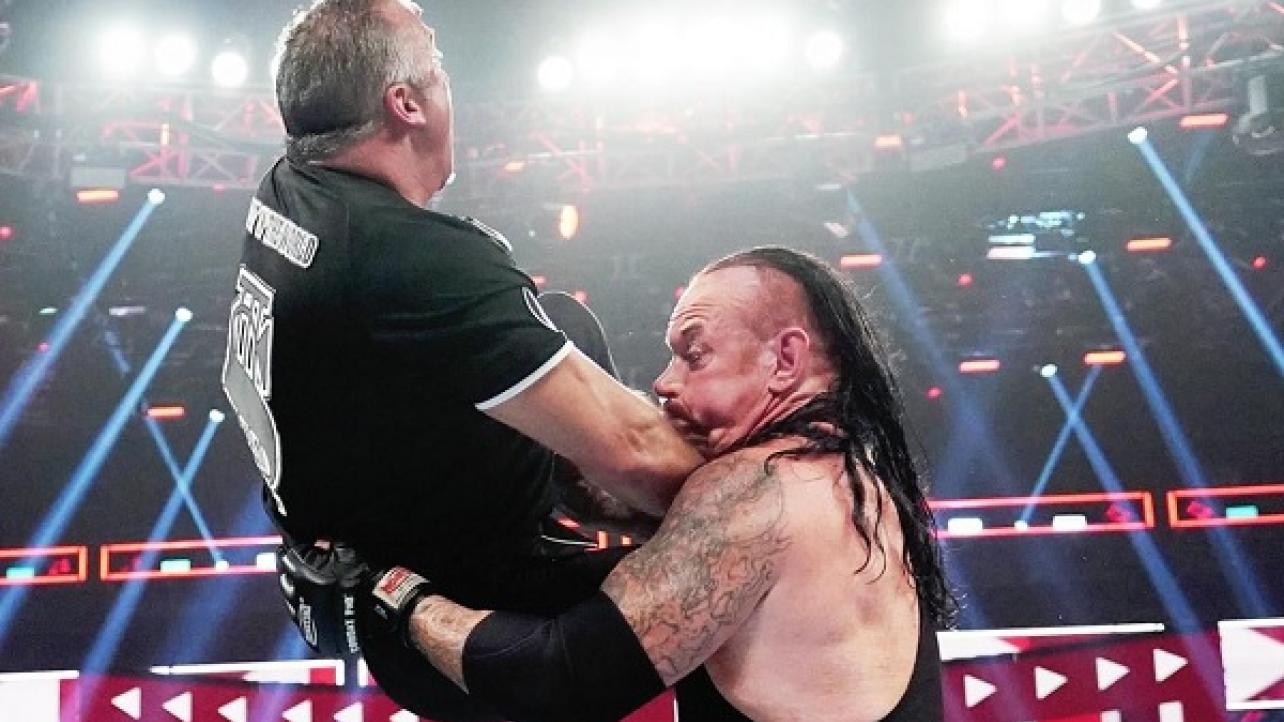 Following his return on RAW on Monday night, there has been a lot of speculation about whether or not The Undertaker will turn up at tonight’s episode of WWE SmackDown Live at the Moda Center in Portland, Oregon.

As noted, WWE announced a big tag-team match, with “The Phenom” returning to the squared circle to team with “The Big Dog” Roman Reigns in a tag-team contest against the duo of “The Best in the World” Shane McMahon and “The Scottish Psychopath” Drew McIntyre at the upcoming WWE Extreme Rules pay-per-view on July 14th.

Despite his return last night and upcoming in-ring return on 7/14, Mike Johnson of PWInsider.com is reporting that as of 20-minutes ago (3pm Eastern Time / Noon Pacific Time), The Undertaker was not backstage at the Moda Center, the site of tonight’s blue brand taping.

We will keep you posted, and as always, make sure to join us here at eWrestling.com this evening for play-by-play results coverage of WWE SmackDown Live.