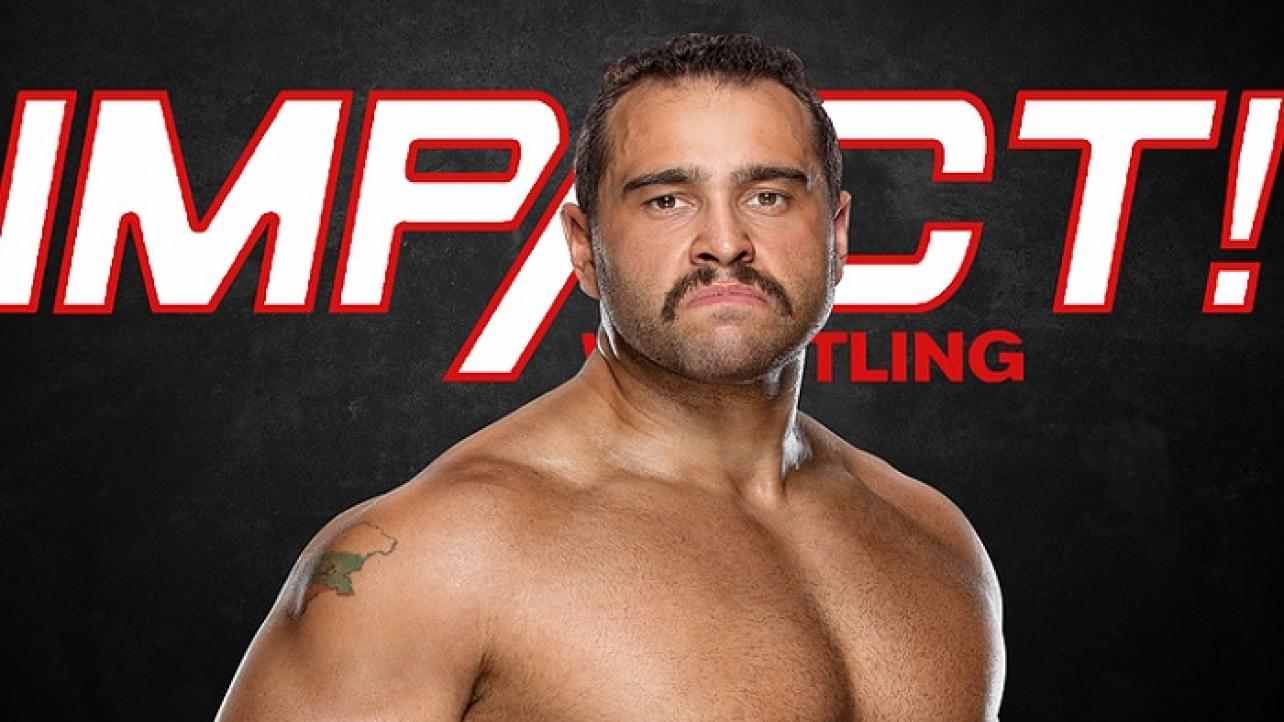 Could IMPACT Wrestling be gearing up for a “Rusev Day” at their upcoming Slammiversary 2020 pay-per-view?

While not explicitly shown in the promo because they don’t own any of his footage, one of those wrestlers implied was Rusev as the promo simply showed a Bulgarian flag.

The former WWE wrestler was on Twitch recently where he addressed those rumors:

“As I said, any Bulgarian can go and debut,” Rusev stated via his Twitch channel when asked about the IMPACT Wrestling Slammiversary rumors. “They may have another kid from Bulgaria.”

“Maybe they wanna pay me a million dollars for one match,” he said. “Who knows? Maybe I’ll come in.”

Check out the video of Rusev addressing the IMPACT Wrestling Slammiversary rumors below.

@ToBeMiro on @IMPACTWRESTLING #Slammiversary teaser: “I understand why you think it’s me, but I can’t confirm or deny. Or I don’t wanna confirm or deny.”#IMPACTonAXSTV pic.twitter.com/GAim4lE3jZ