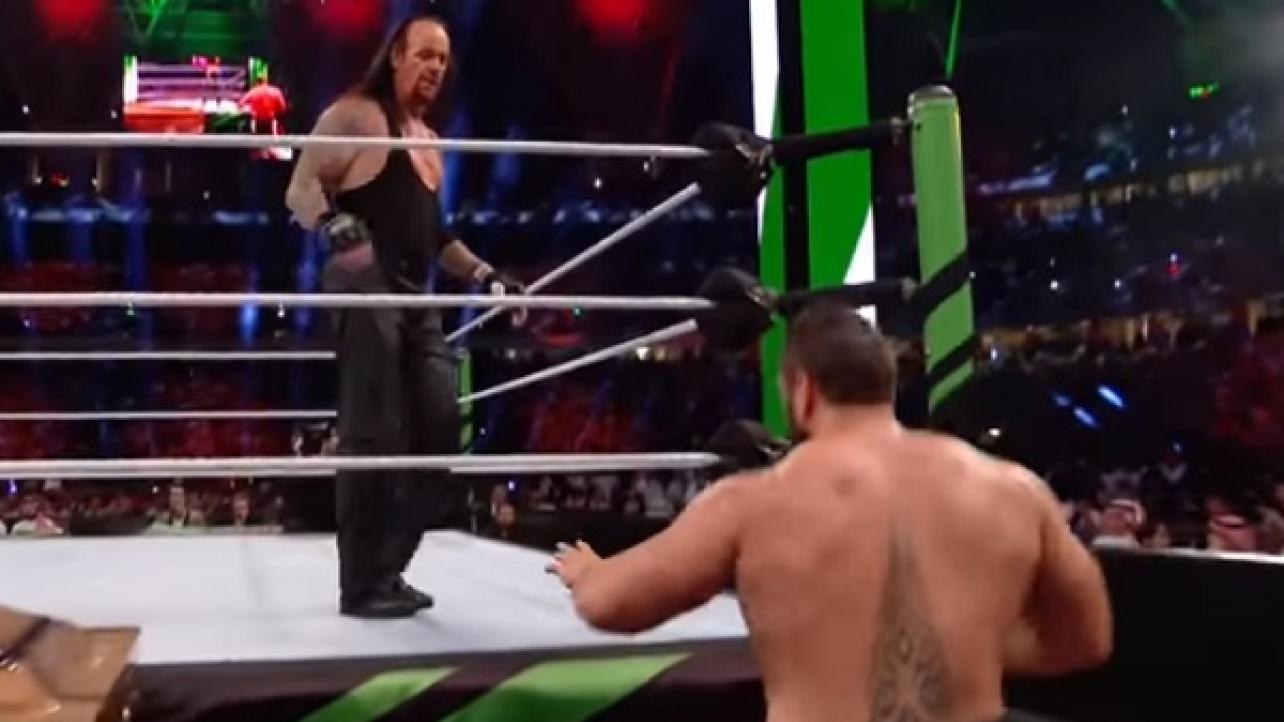 Rusev Talks About Working With WWE Legends, Getting Props From The Undertaker

Rusev spoke about a private conversation he head with WWE legend The Undertaker during a recent interview with Express U.K.

During the interview, “The Bulgarian Brute” spoke about getting to work with some of the legends of the business, and wrestlers he admired growing up as a fan of the profession.

“It was fine, it was fun working with [The Undertaker],” said Rusev. “It’s not like I have a checklist, but I got to work with him and Hunter and [Hulk] Hogan and few people who I watched growing up and always been a big fan of obviously all of them. And Taker is such a special character and he’s been here for like 30 years or whatnot.”

Rusev continued, talking about props that he received from “The Dead Man” after their Casket Match at the WWE Greatest Royal Rumble event from Saudi Arabia in 2018 .

“He’s a legend, he’s an icon so getting to work with him and talk to him afterwards and pick his brains it was a great opportunity for me,” said Rusev. “He told me that I’m really good.”

Rusev continued, “I’m not even messing around, he told me I’m really good.”

Check out the complete Rusev interview at Express.co.uk.

Rusev Talks About Working With WWE Legends, Getting Props From The Undertaker