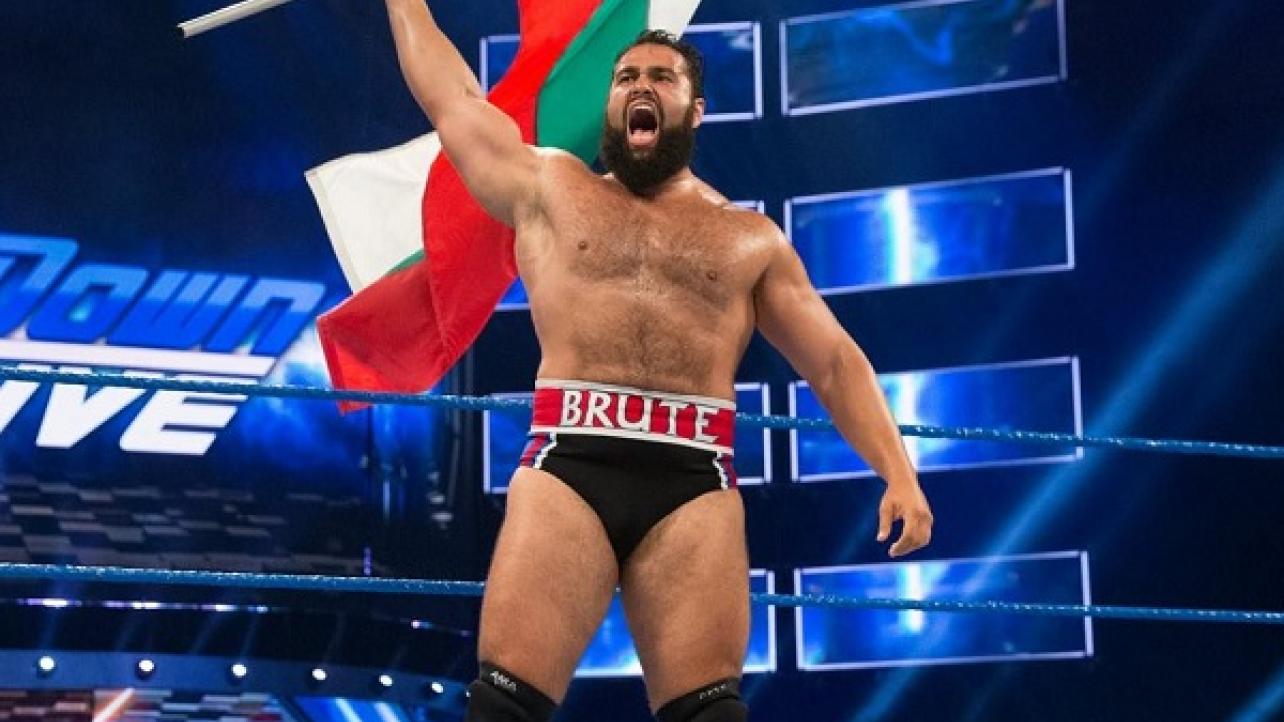 – Ronda Rousey and John Cena represented WWE at the FOX upfronts on Monday. While some people saw this as a sign that Rousey would be back, WWE likely used the two because almost all the top active stars were overseas on the current European tour, not to mention they are way more mainstream than any other WWE superstar. Rousey remains under WWE control but is essentially inactive as wrestler at the moment.

– With Seth Rollins officially and publicly announcing that he is in a relationship with Becky Lynch off-camera, Smackdown star Rusev chipped in with the following tweet, obviously alluding to the fact that his wife Lana got major backstage heat years ago when she revealed on social media that she was married to Rusev.

I wonder if Becky and Seth gonna get in trouble…..

– AJ Styles has been noticeably absent on the aforementioned European tour though it is unclear if it is because he is nursing his hip injury or if this is just part of a reduced schedule that he and WWE agreed to when he signed his new contract earlier this year.

Intercontinental Champion, Finn Bálor, Ali, Andrade and Randy Orton will lay it all on the line when they compete in the Men’s Money in the Bank Ladder Match next Sunday, but will first look to gain pivotal momentum when they collide in a Fatal 4-Way Match tpnight on SmackDown LIVE.

With all four Superstars having crossed paths in multiple fashions over the past several weeks, there will absolutely be a familiarity factor as they all enter this Fatal 4-Way Match looking to make a major statement ahead of the potentially career-changing Ladder Match. Which Superstar will head into the Money in the Bank pay-per-view with a surging drive that could propel them to the contract? Find out on SmackDown LIVE.

Will Kofi Kingston accept KO’s invitation to come on The Kevin Owens Show?

After weeks of personal attacks, blindside assaults and several raucous brawls, WWE Champion Kofi Kingston and Kevin Owens will collide for the WWE Title at the Money in the Bank pay-per-view, but first, they may … talk it out?

Owens has invited Kingston to join him on The Kevin Owens Show tonight on SmackDown LIVE, only five nights before their massive title match. KO and Kofi have gone through the ringer in recent weeks — will The Dreadlocked Dynamo accept Owens’ invitation? If he does what will the mood be if the two come eye-to-eye on the final stop before WWE Money in the Bank?

Asuka & Kairi Sane have taken the Women’s Tag Team division by storm over the past several weeks, picking up victory after victory with Paige by their side and proving to have an instant chemistry as a unit … but can they topple one of the division’s most tenured teams in Mandy Rose & Sonya Deville?

With WWE Money in the Bank now within arm’s reach, the two teams enter with different very different goals. Asuka & Sane are simply looking to continue building their case towards a WWE Women’s Tag Team Championship opportunity against The IIconics, while Mandy & Sonya will, of course, have at least some of their focus on The Golden Goddess’ involvement in the Women’s Money in the Bank Ladder Match.

Which squad will prevail when they square off tonight?

Humberto Carrillo and Gentleman Jack Gallagher forged an uneasy alliance due in part to their mutual disdain for Drew Gulak. Now, both Superstars will enter a Fatal 4-Way Match that also features Mark Andrews and James Drake. Of course, the high-flying Andrews is no stranger to WWE 205 Live, having battled previous Cruiserweight Champions such as Buddy Murphy. However, one-half of the inaugural NXT UK Tag Team Champions James Drake is certainly a variable and will be more than willing to show each competitor how things are done across the pond.

Will the tentative alliance between Carrillo and Gallagher grow stronger or more strained as they engage against each other and two of the brightest stars in NXT U.K., or will their desire to best one another shift their focus away from the goal of winning the match?

One of the most exciting competitors on the NXT UK roster is the masked high-flyer Ligero. The luchador has impressed the WWE Universe since first competing in the tournament for the WWE UK Championship and has continued to captivate fans by battling on NXT UK and WWE Worlds Collide. Although Ligero has defeated WWE 205 Live’s Gran Metalik – as well as Albert Hardie Jr. – he will certainly face a huge test against WWE Cruiserweight Champion Tony Nese.

With his title defense against Ariya Daivari at WWE Money in the Bank on the horizon, The Premier Athlete is more than willing to represent the purple brand in London and push his limits against a competitor that can potentially match his own speed and agility.

Ligero has a major opportunity to defeat the WWE Cruiserweight Champion, while Nese will be looking to send a message to his dastardly challenger.