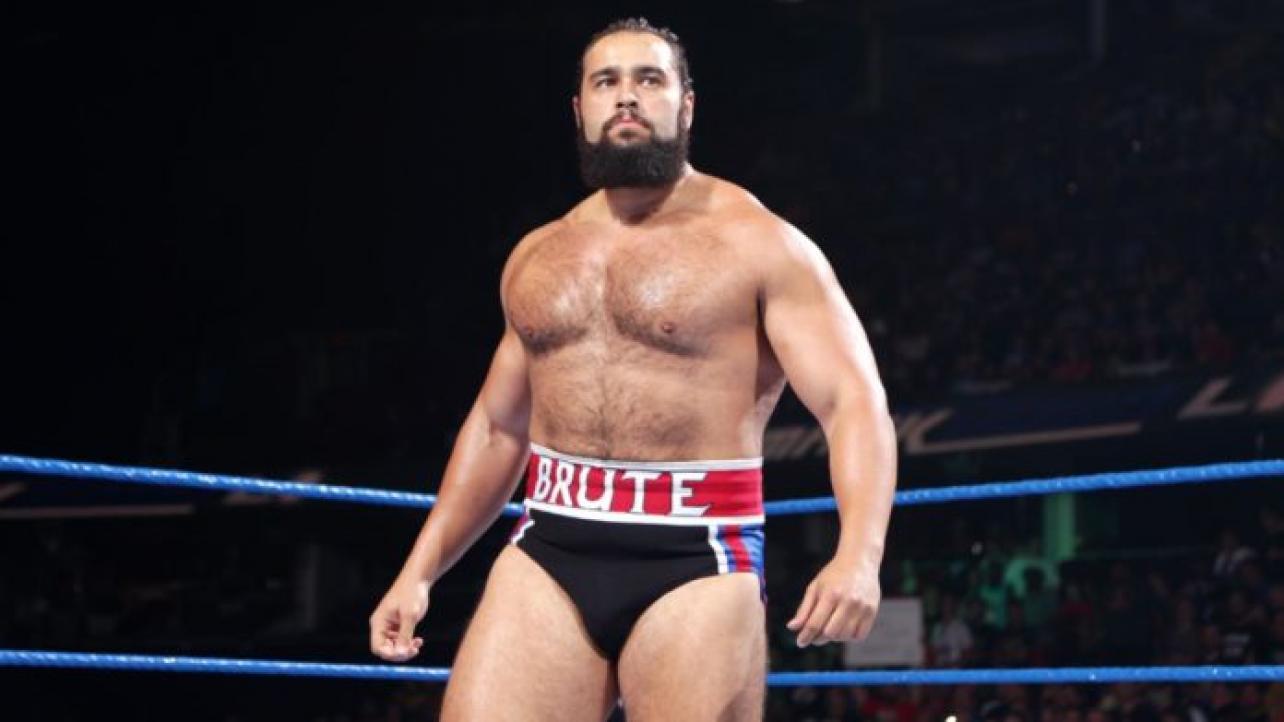 Rusev On What He Learned From Steve Austin & The Rock, Riding A Tank At WrestleMania

Rusev recently spoke with the folks at ESPN about what he learned from the likes of WWE legends “Stone Cold” Steve Austin and Dwayne “The Rock” Johnson, riding a tank during his WrestleMania entrance in the past and more. Featured below are some of the highlights from the interview.

On what he learned from Steve Austin and The Rock: “The Rock taught me you don’t always have to talk or move all the time. You can just stand there and soak it in. Let the crowd just do what they do. Looking back at the segment, I could tell what he was talking about. Austin actually punched me in the mouth so hard, he tore his shoulder. So he taught me to never punch someone too hard. I joke with him about it all the time.”

On riding a tank during his WrestleMania entrance in the past: “The tank entrance at WrestleMania 31 is my favorite moment in WWE. It’s definitely a top five entrance of all time. Everything was just so perfectly executed. I rehearsed it the day before and had no idea it was happening before that. I always wished for years about a tank entrance in wrestling, and I feel like I manifested that at WrestleMania. I had to make sure I didn’t burn my feet somewhere because I was barefoot at the time.”

On breaking the mold in WWE when it comes to portraying an “evil foreign character”: “When you look back at foreign wrestlers 20 years from now, you’ll remember I wasn’t like them. I want to be remembered as the guy who broke that mold for other foreign wrestlers. Just do what you have to at first. When the time is right, show them who you are and what you can actually be. Don’t be afraid. Pick your battles though, too. You can’t always fight them.”

Check out the complete Rusev interview at ESPN.com.

Rusev On What He Learned From Steve Austin & The Rock, Riding A Tank At WrestleMania