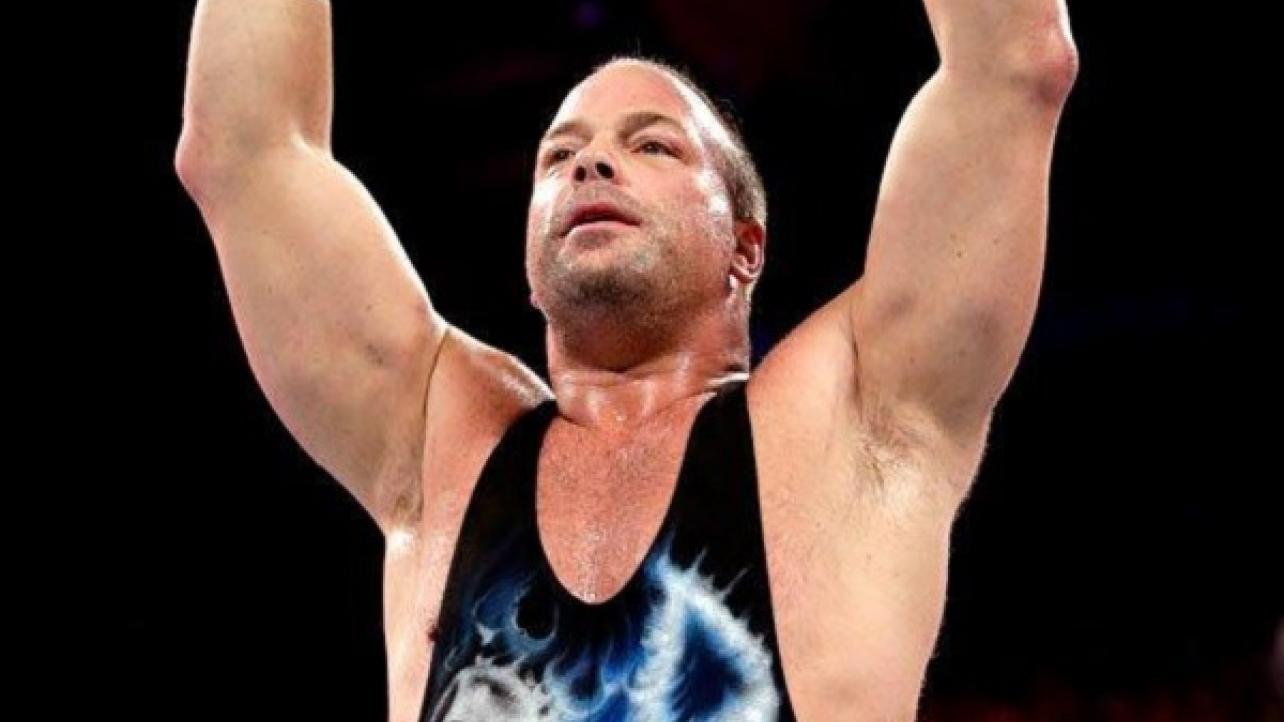 Thanks to WSVN-TV’s Chris Van Vliet for sending this in:

I wanted to let you know about the interview I just uploaded with Rob Van Dam. In it he tells me that he wrestled high 100% of the time in ECW. He also talks about whether wrestling while stoned is dangerous, signing with Impact Wrestling, who he’d want to induct him in the WWE Hall of Fame, his thought’s on John Oliver’s episode about WWE and much more.

Does he think wrestling high is dangerous?: “I don’t know. Back in the day I know there would be certain people that would put together the fact that I would hurt a lot of people and the fact that I was stoned. When I was in the competitive state of mind, I would be offended by that like ‘Screw you! You’re saying something about me and my skills. I can do this with my eyes closed!’ My ego would take over like that. But looking back at it, I don’t think so, but I definitely think they had an argument that was worth considering. But when you use it all the time it doesn’t affect you the way it affects other people.”

Who would he want to induct him into the WWE Hall of Fame?: “Right off the bat I think Paul Heyman. I think it would really be good for me to try to hear his perspective firsthand of what his thoughts were on me and him developing me. It would be an experience for me for him to open up like that.”

His thoughts on John Oliver’s Last Week Tonight episode about WWE:: “There are some truths but there are also some opinions and those will vary. I enjoy being an independent contractor and I find that I’m usually in the minority when it comes to that as far as how my peers feel. The way I see it is I’m an independent contractor and I sign an agreement with them and all of the terms are negotiable on the agreement. First of all, they keep you so busy you’re not going to have time to work anywhere else. You’re not even going to have time to go home. So forget about that. What are you going to do, if you’re on top in the WWE, who else are you going to work for? The local fair in front of 50 people? People say ‘Oh, there’s no health insurance’ but if you need that in your deal then you can negotiate that and say ‘You know what I want health insurance’. You want your hotel room taken care of? You get it in your contract and you make that agreement. I enjoy the freedom of being an independent contractor to make that deal. Some of the guys that might not have as much leverage as me because maybe they don’t sell as many tickets, I think it would help them more to not be independent contractors because they can’t really step forward with the same negotiating power. But come on, you think Triple H doesn’t have health insurance?”