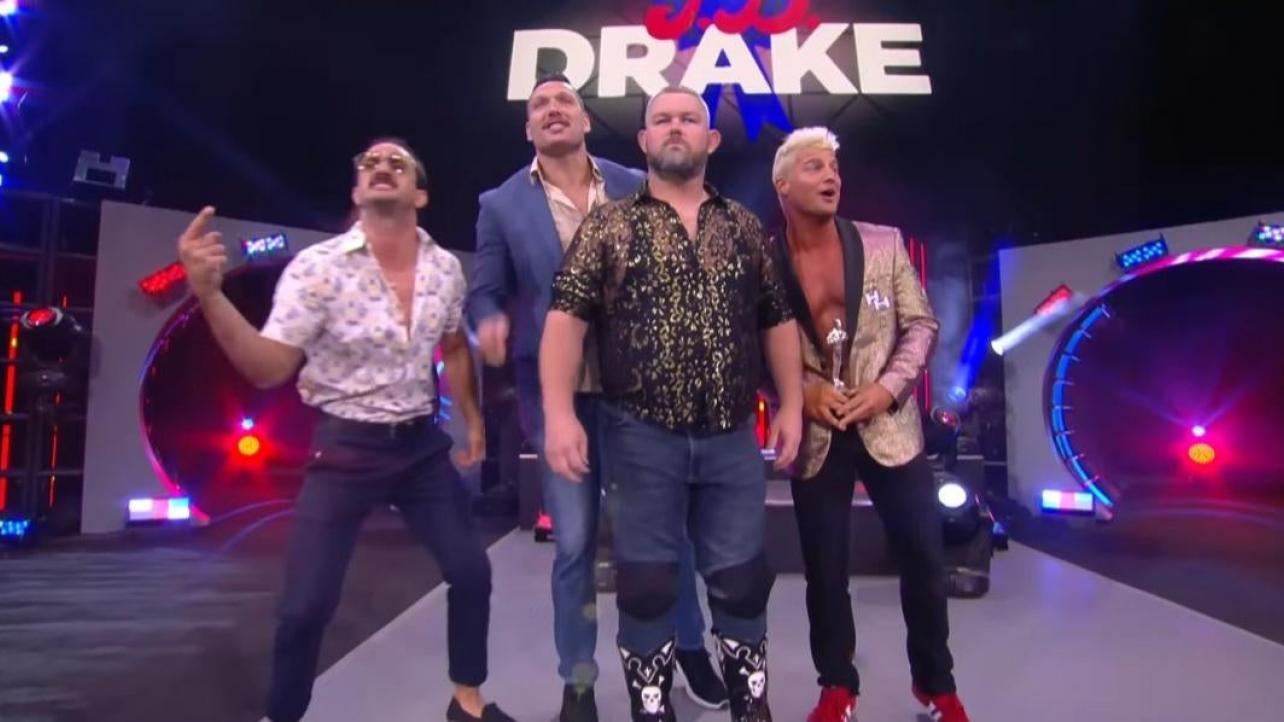 During a recent edition of Talk Is Jericho, Chris Jericho interviewed Ryan Nemeth, who spoke about his time in WWE’s developmental brand, FCW. Nemeth also discussed being released from WWE, and more. Check out his comments below.

On learning from Dusty Rhodes and Dr. Tom Prichard in WWE:

“It was really cramped. There was an ice closet with an ice machine. People would get changed in there. There wasn’t a locker room. So many rings in there and then it turned into NXT midway through when I was there, and everything shifted. I loved being around [Dusty Rhodes]. Him and Dr. Tom [Prichard], you just ask them something, and it also was a good way to get out of taking bumps. You would just be like, ‘Hey, what about this?’ And it was just a long story. You’re like, cool story, and also an easy day of practice. I loved everything about [Dusty’s] promo days and seeing him sort of oversee the little regional TV show we did there FCW was really incredible. For a few weeks, he would say, ‘I want you guys to write up what you think next week’s TV show should be minute by minute. Here’s an example of what the format looks like, duplicate this,’ and I thought that was really, I don’t know if they do anything that there now, but super helpful because you could see why certain decisions are made and why not every single person could be on every single show and not every match can be so long. You need commercial breaks and whatever.”

On the moment things started to change for him in WWE:

“I don’t really know exactly when Triple H took over. It’s kind of a blur. There was a day when he would come in and say, ‘Alright, guys, I’m running this now,’ and then the next day, Johnny Ace would come in and go, ‘Just so you know, I’m still in charge.’ And we’re like, ‘What is happening here?’ But the head coach Bill [DeMott] took over, and it was almost like oopsie, I don’t like you. And I don’t know what that’s based on. People just like certain people and don’t like certain people, but I remember having to come in the office one time, and he said, ‘Why are you getting these reviews?’ I’m like, ‘I don’t know. My reviews used to be awesome a week ago, but you’re writing them.’ It was interesting to go after a match and Norman Smiley is your agent, and you say, ‘So what do you think?’ And he would tell you the details. I think, okay, cool and then hear from someone else and it’s like, ‘Wow, you’re really bad.’ OK, so which one is the truth? That’s maybe just the nature of anything in entertainment.”

On receiving his release from WWE:

“I also thought, man, I’m really spinning my wheels here, and I’m still newer than most of the people involved in the wrestling business. And this is kind of a shi**y way to think, but I’m also a grown-up. I’m pitching things all the time to be people’s managers. I think I excelled more at the promos at that point. I wasn’t an amazing, in-ring technician, but I could captivate or get attention. So I was pitching that kind of thing, and there’s an idea where I would be the personal scribe of Damian Sandow. We were doing that in promo days a lot. I thought it was gonna be so good. Just a number of different ideas. Anything with my brother [Dolph Ziggler] and once NXT became a thing, we did a pilot episode, and even on that pilot episode, I was factored in very highly. And then suddenly, the show starts airing, and it’s like, you’re the backstage interviewer now. And I thought, dude, come on. This sucks. Maybe looking back on that, it could have been a long, lucrative career, but I didn’t want to do this. I wouldn’t be happy, and then I started thinking, I got to set a deadline. If something doesn’t happen by this date, I should go somewhere else and wrestle somewhere else or something needs to change. It’s a part of your youth where you don’t know what the answer is, but this is not working. Someone here hates me I think. It’s not gonna happen. And that week was approaching and then I got released.”

On the potential reasons behind his release:

“Well, now that we’re thinking about this, I remember I called one of the new office guys who was under Triple H. And I said, ‘Hey, man, I think that someone just doesn’t like me here. I think I’m doing really well. I’m trying hard and all my coaches and trainers think I’m great,’ and he was like, ‘Yes, I can confirm that someone does not like you. I was like, ‘OK, so we’re kind of out loud acknowledging this,’ and then when he called me to release me, I was like, ‘Do you remember the phone call we had?’ And he goes, ‘Yep.’ I’m like, ‘Is that what’s happening?’ And he goes, ‘Yeah.’ I was like, ‘OK, great, man. Cool, thanks for the phone call.’”