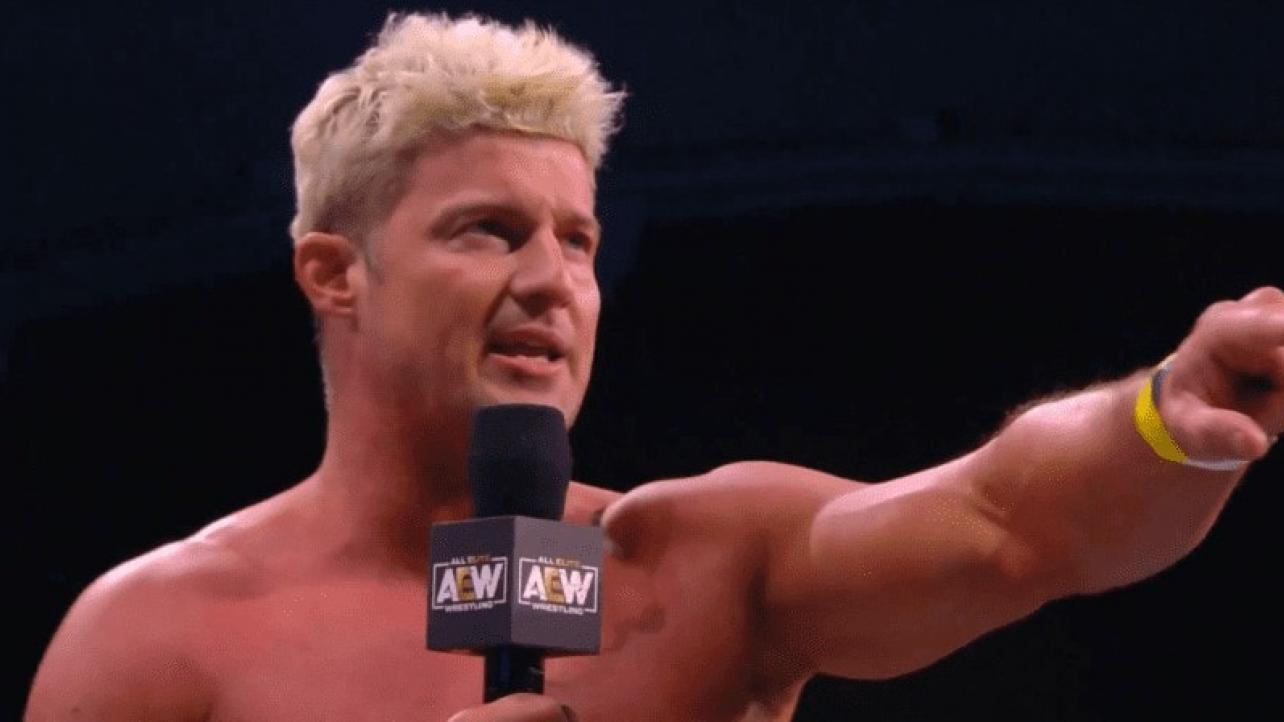 Ryan Nemeth Talks About His Goals In AEW, Behind-The-Scenes Role With The Company & More

Ryan Nemeth recently appeared as a guest on the Into The Danger Zone podcast for an in-depth interview covering all things pro wrestling.

During his appearance on the popular pro wrestling podcast, the AEW star spoke about hoping to increase his role behind-the-scenes with the company, his battle with mental health issues, his goals going forward and wanting to help the younger talent on the AEW roster.

On how hopes to increase his behind the scenes role in AEW: “Because AEW is so new, it’s hard for me right now to say what the endgame is there because it’s still kind of liquid and figuring out who the company itself is. So it’s hard for me to say what an end game with AEW is, but I would like my role as a trusted talent and behind-the-scenes person to increase more and more and more and more, so whatever that means. I don’t know what the endgame of that is, but that’s what I want with AEW. Outside of AEW, my endgame is to continue acting and filmmaking. I guess the same thing for both, just to have them to go, ‘More, more, more, more, more.’”

On putting a strong focus on his mental health: “For my own mental health. I do meditation, I do reading, and stuff but I was very struck by a few months ago as many in the wrestling world were by these tragic events of Daffney, man, sucks. So that day, maybe not that day, maybe a day later, I decided to do this project. I wanted to get rid of the idea of, ‘If you care about your mental health, you’re a sissy or it’s not a manly thing to do.’ So, I, with the blessing of AEW, sent out this email of the roster and said, ‘If anyone wants to speak about their ways of dealing with this, you know, get a hold of Ryan…’. So this is just for the roster, I put together this thing of some of the more masculine or hardass kind of manly guys on the roster, and a few of the women also, to speak about their personal ways [to deal with their mental health], whether it’s medication, counseling, therapy, whatever.”

On his goals and how he hopes to help the younger members of the AEW roster: “My goal with that was to show younger members on the roster, or whoever else might benefit from it. Hey, this is I shouldn’t think about it as caring about my brain as a sissy thing to do. Like, yeah, this guy or this woman who I think of as this badass performer, is very open about saying, ‘I’m vulnerable, I have weaknesses, and this helps me so maybe it’ll help you too.’ So Megha, our crisis counselor and attorney has been so helpful and given me data and info and I put together this video package just for the roster, it’s not for a public thing. It’s not for me trying to get likes and whatever. Yeah, sure, that’s fine if he will do that. But like, my goal was like, literally, I want to help one or two people in this company. I don’t care about having a Twitter viral video, like, it’s great that you can do that. That’s cool, but I’m going to offer real testimonials and actual tangible means of support to people who may need it who are in the insane business of pro wrestling. So yeah, that is something just wrapped up this week and sent to them for their approval. Hopefully, that will go out privately to the roster soon. I’m not a therapist. I’m not a crisis counselor, but I’m a filmmaker and I’m good at producing things so that that’s where I thought like okay, ‘What can I do? I can get all these things together and these people trust me enough to speak on camera, edit it, you know, produce it, and give it, and hopefully, that’ll help someone.”

Ryan Nemeth Talks About His Goals In AEW, Behind-The-Scenes Role With The Company & More