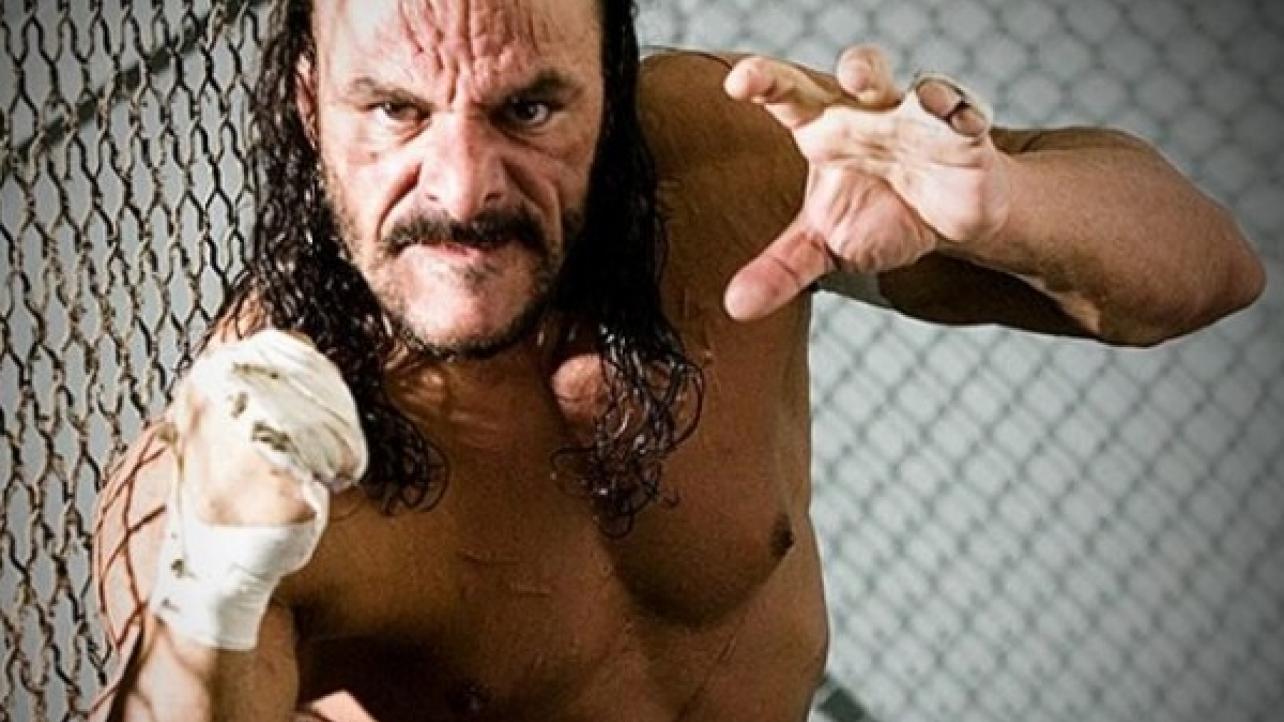 Sabu Claims ECW “Wasn’t Extreme Until I Got There,” Says Paul Heyman Isn’t A Genius

Sabu recently appeared as a guest on “The Two Man Power Trip Of Wrestling” podcast to promote his new book, “SABU: Scars, Silence & Superglue.” Featured below are some of the highlights from the interview.

On writing new book, “SABU: Scars, Silence, & Superglue”: “It kind of came out on accident. I was telling somebody a couple of stories and he said you should put them down and I did and that kind of turned into a book.”

On whether he has any hesitation in writing his book: “Yeah, because I’m old school. I don’t want to expose the business or expose myself but I just gave into it and just said f— it.”

On whether or not he enjoyed writing the book: “No. It was a pain in the ass and I don’t like to see what I am saying to people as quotes. When I say them a lot of my facts are wrong but my memories are wrong too so I was corrected on a few things and most of it pretty much was accurate. When I actually see the actual truth, I go man, I don’t want that said about me or I don’t want to say that. But then I did and I went ahead and did it anyways.”

On fitting the “ECW Style”: “It wasn’t extreme when I first got there. It was just hardcore. Hardcore as in bad lighting, shitty arena, and they did gimmick matches. When I came in I added acrobatics to that hardcore and I made it extreme. There wasn’t the word extreme until I came into it. Not that I like the word extreme, I like hardcore better and extreme I just don’t like it because it’s too ordinary. Hardcore means that you get down to the basics and you fight each other. Extreme means you use out of the ordinary weapons or something extremely different. Hardcore means you are just down bare-knuckled fighting hard.”

On if was surprised when ECW went out of business and bought by WWE: “The buying part, yes. Paul was having everybody motherf— Vince for two years and it turns out he was working with him and getting fat on it. We weren’t getting fat, we all lost weight. He was getting fat and we were feeling sorry for him because he said he was getting skinny. He’d say everyone is bitching about their checks and I can’t even buy a pair of socks. We’d say poor Paul and then we find out whatever he was getting from Vince for years. He was paid for a while just to watch their shows and give an opinion. Vince paid him just for that while we was working for us.”

On whether Paul Heyman is a genius: “No, because nobody would let him run away with their company the way Tod Gordon let him run away with their company. First, when he came into the company he had to follow Tod Gordon’s rules on wrestling but then when I came into it we didn’t follow anybody’s rules and he let Paul do what he wanted to do because he thought Paul was a genius for bringing me in. But nobody would have given him that credit if it wasn’t for me and him hooking up and people seeing what was really in his mind.”

On his time in WWE during the ECW reboot: “Well, they lied to me. They said they were going to keep Sabu the way he was and push it the way ECW was and keep it in the small venues and all that stuff which I agreed with because I didn’t want to do the big venues. I like the more intimate venues where the people think they are special and part of the assembly line but anyways I wasn’t happy there. First couple of months was okay but they slowly wanted to completely change what they said and they went from liking Sabu to not liking Sabu and I could feel it. It just looked like WWE with different lettering, the ECW lettering. It was the same show and no different. There was no extreme to it, no hardcore to it and we couldn’t even have the ECW Extreme Rules match every night. We had them every other night. Some nights we’d go to house shows and not one extreme match. I was afraid people were thinking we were lazy or something but we were being told that we couldn’t break a table and could not do this and could not do that. Before I could say, could I do it? Before it they would say well you can do that tomorrow so instead of me doing stuff and saying I couldn’t do it anymore they’d stop me before I could even do it.”

Check out the complete Sabu interview at Podomatic.com.

Sabu Claims ECW “Wasn’t Extreme Until I Got There,” Says Paul Heyman Isn’t A Genius