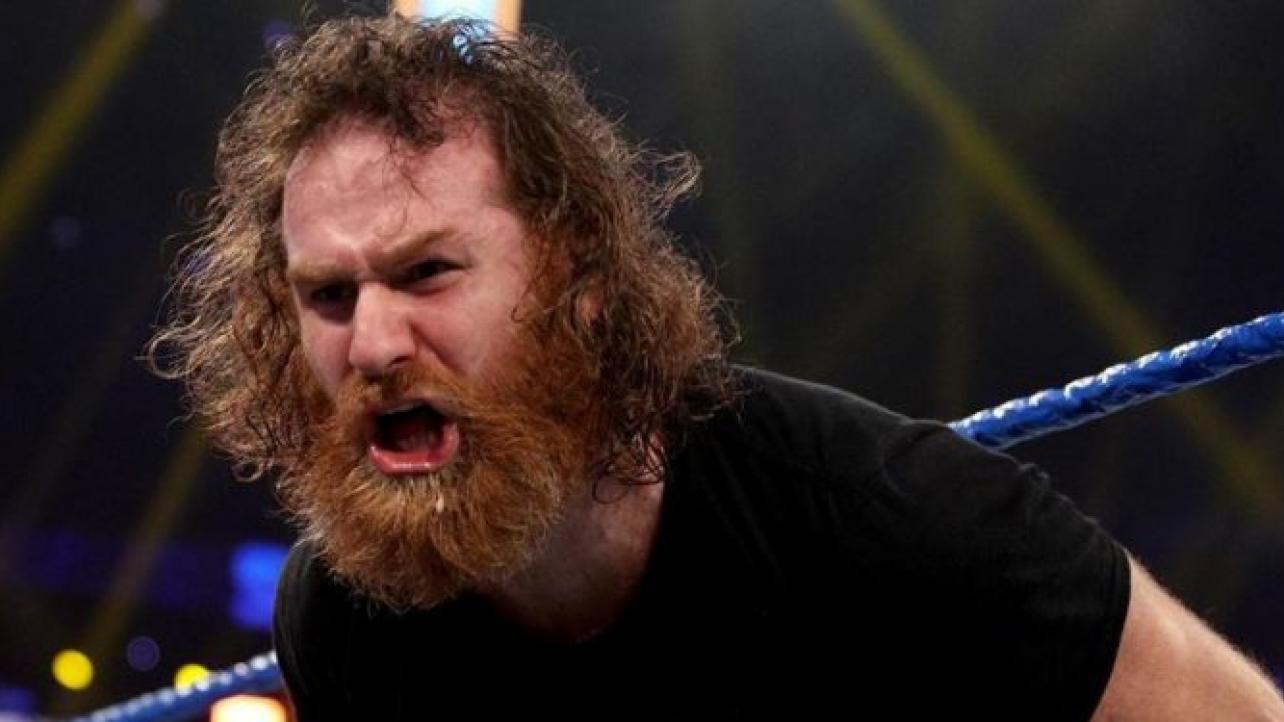 Sami Zayn recently appeared as a guest on the After The Bell with Corey Graves podcast for an in-depth interview covering all things pro wrestling.

During the discussion, Zayn spoke at length about the Attitude Era compared to today’s era of WWE, as well as his thoughts on the revamped NXT 2.0.

On Goldberg being an example of how wrestlers from today’s era wouldn’t succeed in the Attitude Era and vice-versa: “Goldberg debuts today in NXT, is he going to be [the same] Bill Goldberg? My guess is probably not. Bill Goldberg had to fill a very specific vacuum that only existed at that exact time for him to be in the spot that he’s in. I hope I’m not taking a shot at Bill here by saying I’m pretty sure he’d be the first to acknowledge that this guy isn’t exactly known for his 5 star matches or anything, he’d steam roll through guys. If he came around at a slightly different time when work rate was far more important, he might have been left in the dust or people might not have taken a second look at him. It’s so circumstantial.”

On more differences between the Attitude Era and today’s era and how the current SmackDown brand feeling wide open right now: “It’s a lot of luck, and recognition of that luck is important when you talk about everything. Your own individual success and the success of something like the Attitude Era. It was a lot of luck, a lot of things lining up at just the right place at just the right time. Regardless if you take the rose-colored glasses away, the one thing that they really had going for them at that time was this unpredictability. You didn’t know what they were going to do next week and I think that was a big part of the intrigue. That’s something that I feel like now, with a wide-open playing field right now and all these new characters and not knowing where things are going to line up, I find that exciting. That’s what I like as a fan and I don’t want to be able to predict what’s going to happen. Even with Roman who’s firing on all cylinders, I don’t want to be able to look at Roman and go, ‘I know he’s going to be champion for another six months.’ I want to be kept on my toes. I think there’s a great opportunity right now on SmackDown, even with RAW, they have amazing talent, but with SmackDown, I feel like it’s wide open and reminds me of what SmackDown was years and years ago when they first did the brand split, where it almost became this opportunity for a lot of guys to become stars.”

On the revamped NXT 2.0 brand and how WWE did a good job of rebranding and introducing new stars with a new look: “The little bit I’ve seen has been pretty interesting and pretty good. I think there was an immediate negative backlash to the idea of NXT 2.0 because people had come to know and like NXT as this black and gold, grittier product. Any time you tell the people we’re doing something new, there’s this guard that comes up, defensiveness and an unwillingness to change or accept something new in some cases. I know a big part of the rebranding was the presentation and the bright-fulness and the colorfulness. As soon as I turned on the very first episode of NXT 2.0, I said, man, this looks great. This does look better. It’s brighter, the fans are elevated like that, they’re kind of on top of you. The energy is great and on top of it, you have a bit of a reset with new characters, just like I was talking about a moment ago with SmackDown. A wide-open playing field for new characters to step up and fill certain roles, you’re seeing that again in NXT. Is it what you liked about NXT a year ago, five years ago? No, no it’s not but there is a lot to like about it for sure, and if you’re the type of fan like I am that likes unpredictability, that likes character development, that likes to see where things are going to line up, if that’s part of what interests you about pro wrestling or about WWE, then I think it’s intriguing to watch for sure.”

Check out the complete interview at WWE.com. H/T to Wrestling Inc for transcribing the above quotes.