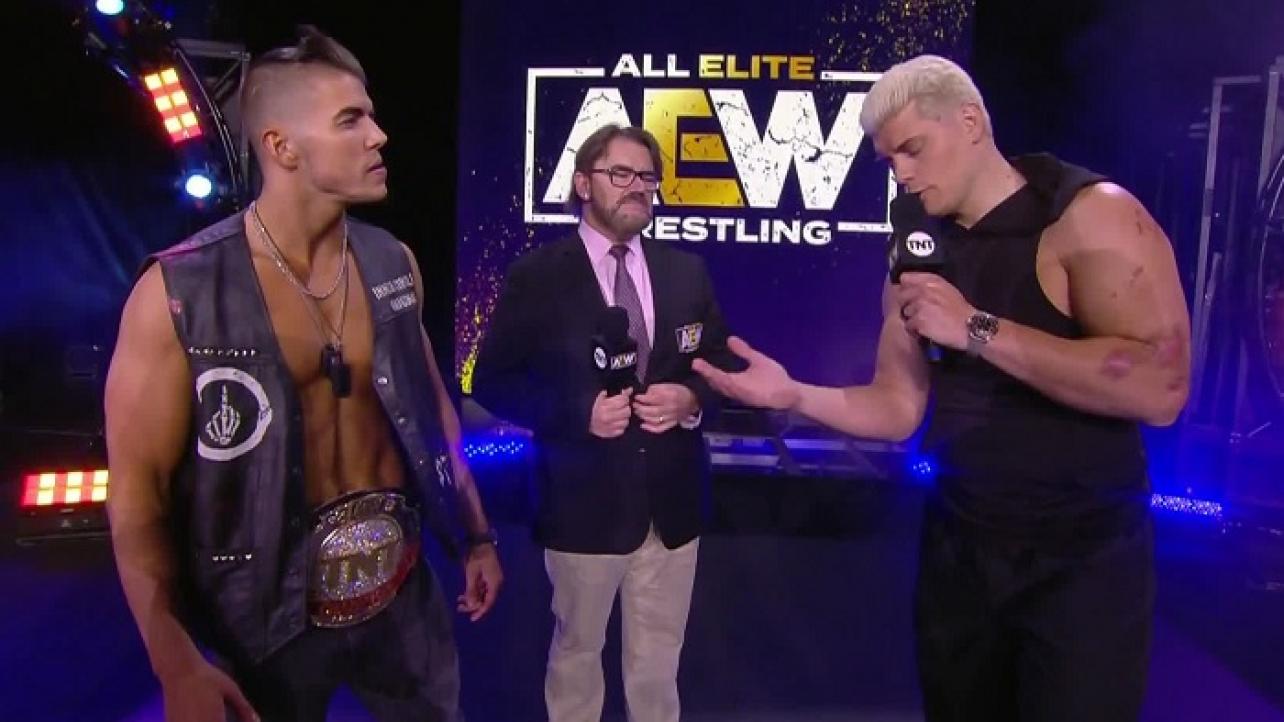 You can officially pencil in a championship match for the Christmas Day edition of AEW Rampage on TNT.

During this week’s AEW Dynamite broadcast, Tony Schiavone interviewed TNT Champion Sammy Guevara at the top of the entrance stage in a segment that featured the announcement of his next open challenge opponent for his next title defense.

“The American Nightmare” Cody Rhodes approached “The Spanish God” during the segment and informed him, per AEW President Tony Khan, that they would be facing each other on the 12/25 edition of Rampage with the TNT Championship on-the-line.

The segment led to The Men of the Year tag-team, which consists of “All Ego” Ethan Page and Scorpio Sky, appearing in the rafters inside the UBS Arena at Belmont Park in Long Island, New York — the site of Wednesday’s show — to talk trash to Guevara and Cody, as well as to hype the upcoming AEW return of American Top Team founder Dan Lambert.

Check out video footage below of the aforementioned segments from this week’s AEW Dynamite show, and make sure to join us here at eWrestling.com on 12/25 for live AEW Rampage results coverage including the Sammy Guevara vs. Cody Rhodes match for the TNT Championship.