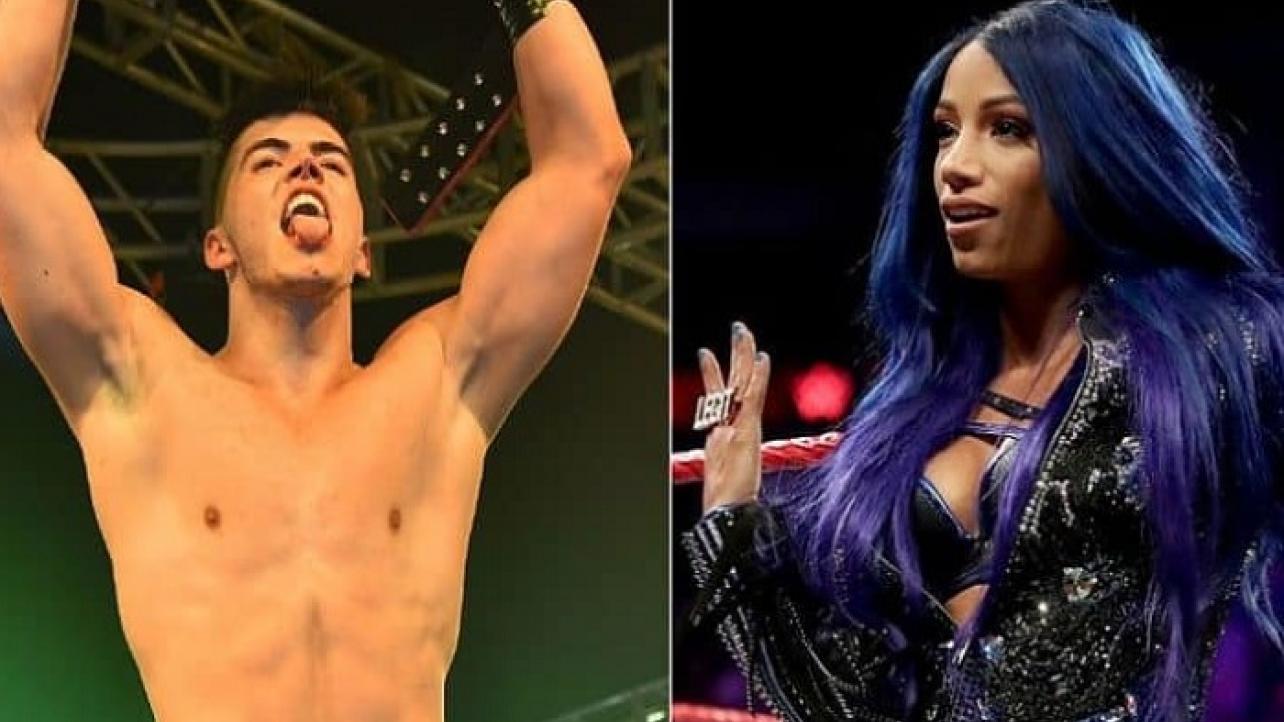 Sammy Guevara is being lumped in with the growing #SpeakingOut movement after an old podcast appearance “The Spanish God” of AEW’s Inner Circle mentioned “wanting to rape Sasha Banks” when seeing her at a WWE event.

Guevara, who was seemingly trying to be funny in describing his thoughts of Banks’ physical appearance when seeing her in person, clearly picked a bad choice of words to use in making such a point.

“Bro, Sasha Banks .. oh my god, when I was at the WWE the other week, I wanted to just go f*cking rape that woman,” Guevara said during the podcast.

The host of the show then followed up asking if Guevara was working a WWE tryout at the time.

“Sort of, it was just as an extra thing, whenever they came to Texas,” he replied as the clip ends.

The podcast has gone viral on social media, with Sasha Banks and Sammy Guevara both trending worldwide on Twitter at various points on Monday afternoon.

Check out the audio of the podcast where Sammy Guevara made these comments below.

Re-uploading this so as not to give the guy that focused on his fucking tryout instead of the fact that Sammy Guevara says he wanted to r*pe Sasha Banks any fucking clout or credit when he stayed quiet on this for 4 and a half years.
This is fucking disgusting. pic.twitter.com/dbG7QWErXB