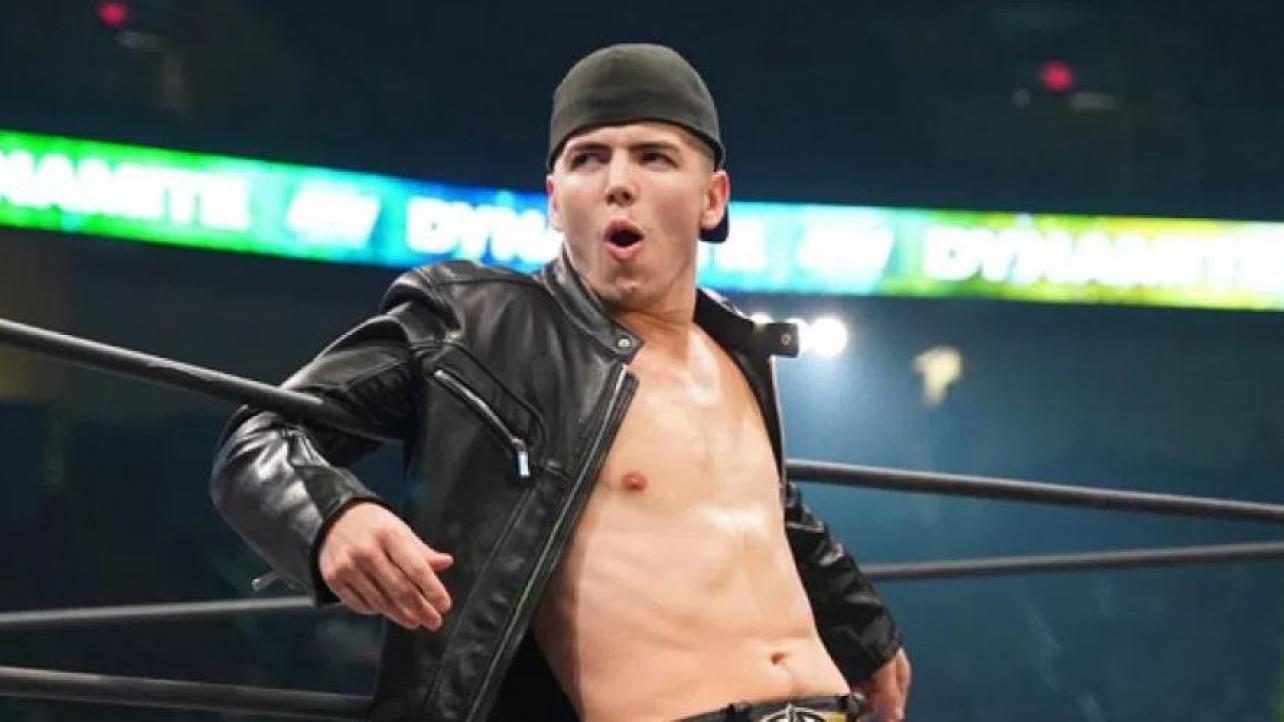 Sammy Guevara Reveals An Idea He Pitched For Stadium Stampede

At Sunday’s AEW Double Or Nothing event, The Pinnacle and The Inner Circle went to battle in the second ever Stadium Stampede. A large portion of the multi-man bout aired as a cinematic style match, before ending in front of the live audience.

Earlier this week, AEW star Sammy Guevara spoke to Busted Open Radio, and revealed that he was the one who pitched the idea for the match to end in Daily’s Place. “The Spanish God” told listeners:

“It was my idea to have the match go from cinematic to live crowd and they went with it. I was surprised. Tony [Khan] and Chris [Jericho] came up to me and were like, ‘That’s a really good idea.’ I figured other guys came up to him and told him that idea but no one else did so they gave me credit for it.”

Sammy Guevara Reveals An Idea He Pitched For Stadium Stampede