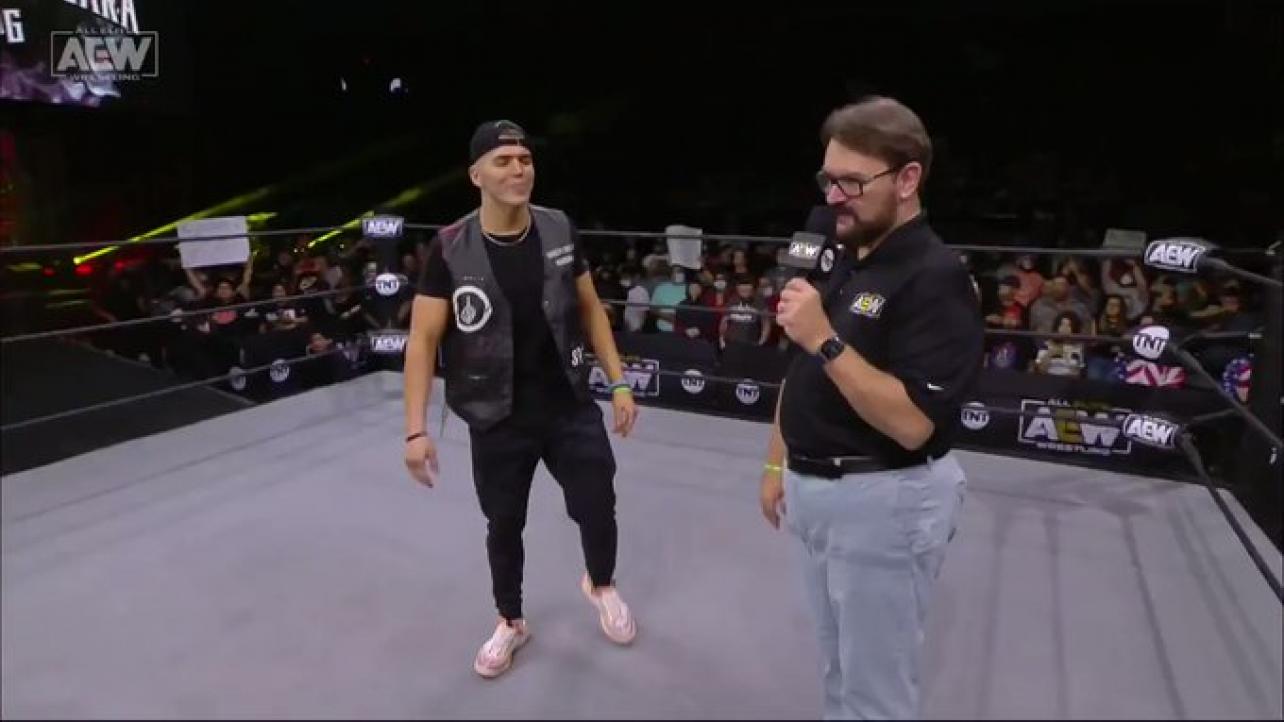 Sammy Guevara is engaged to be married.

That was the big announcement from “The Spanish God” that was advertised for tonight’s AEW Dynamite in Houston, Texas.

Featured below is a recap of the announcement segment with footage from the show.

We hear from the commentators and Tony Schiavone talks about being in the ring earlier tonight with Sammy Guevara when he made his major announcement. We shoot to footage of Schiavone in the ring with Guevara and his girlfriend Pam before the show, where he proposed to her in front of the live crowd in Houston. She says yes.

♥️ Congratulations to @sammyguevara and his fiancée on the engagement! Watch the unedited video of the proposal from earlier tonight.

From there we cut to a backstage promo from Shawn Spears and Tully Blanchard with “The Chairman of AEW” making Guevara’s soon-to-be wife an “honorary member” of The Pinnacle. He makes a sex joke and then we head to a commercial break.

Not cool, @ShawnSpears. Not cool at all.