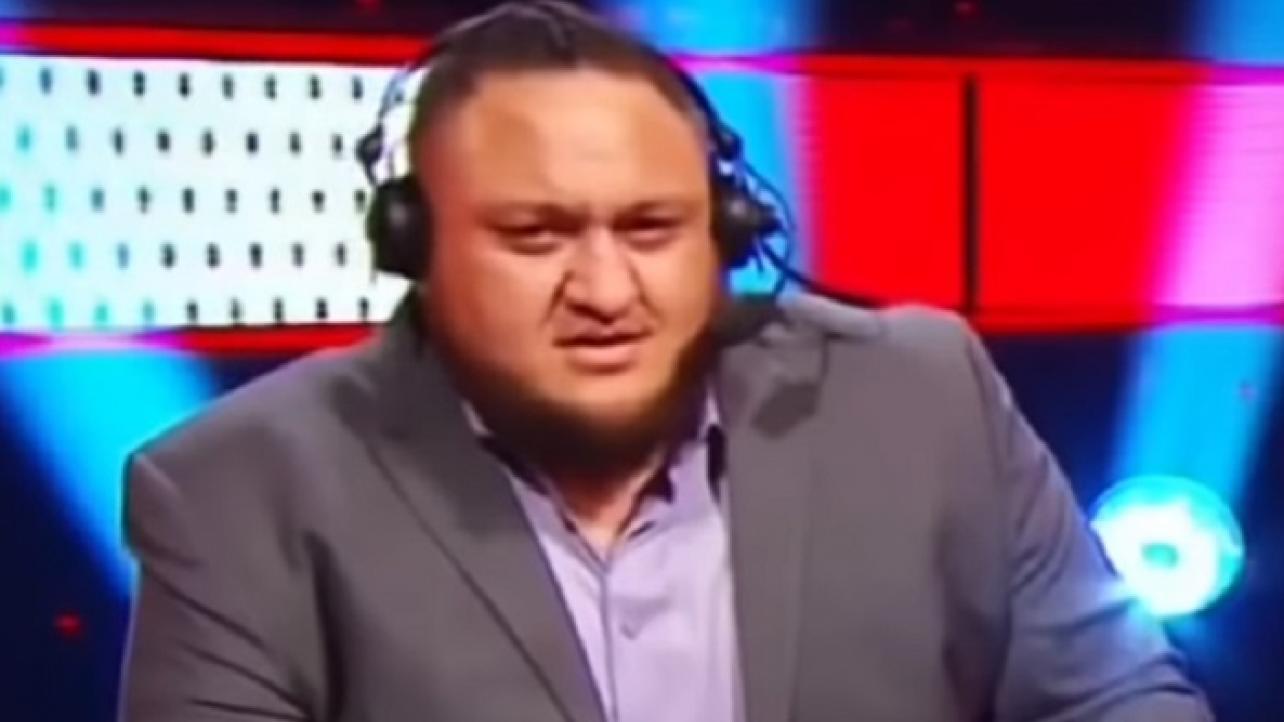 Samoa Joe To Continue As An Announcer, Update On His In-Ring Future In WWE

So, it looks like Samoa Joe will continue to serve as an announcer for WWE, but what does this mean for his future as an active in-ring WWE Superstar?

Joe will continue to serve as a color commentator on WWE Raw, as noted on this week’s edition of WWE Backstage On FS1.

Joe, who is rehabbing a thumb injury, has been filling in for Dio Maddin after the latter was attacked by Brock Lesnar in October.

It was also revealed that Maddin will be returning to the WWE Performance Center to continue his training as a wrestler.

As for Joe, there is no timetable for his return to action, however we will keep you updated right here at eWrestling.com as details continue to surface!

Samoa Joe To Continue As An Announcer, Update On His In-Ring Future In WWE