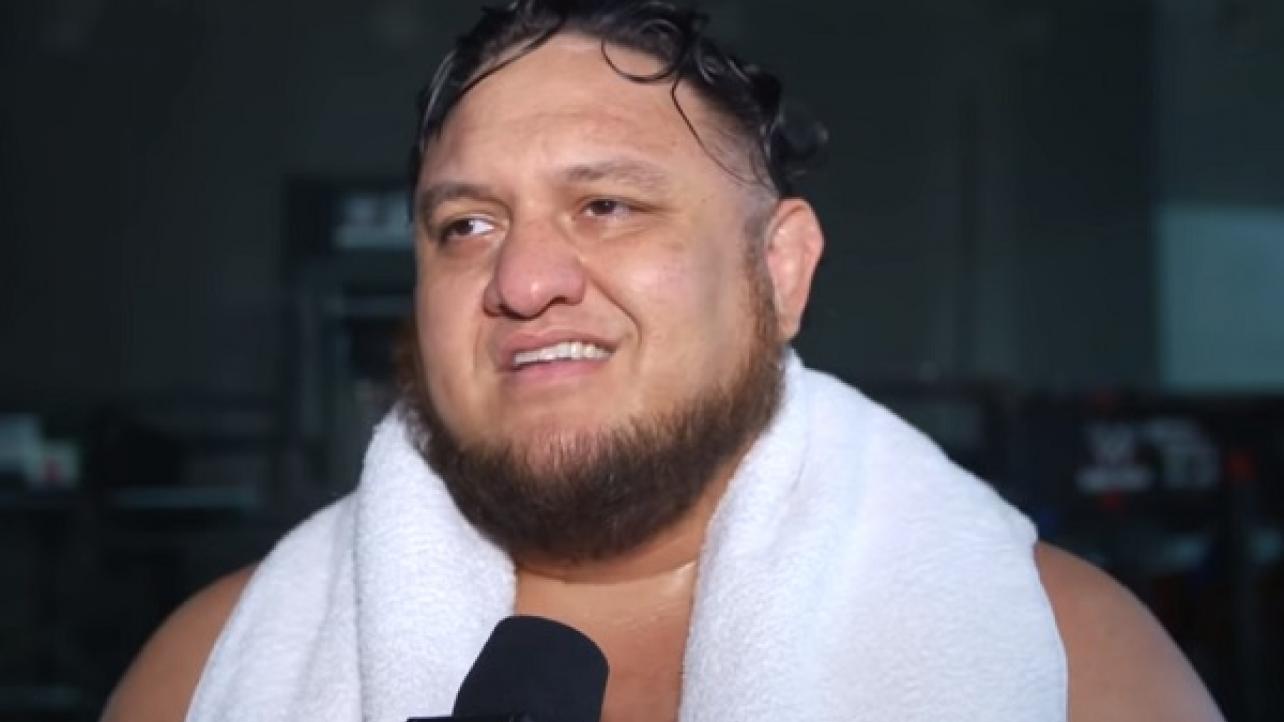 Samoa Joe On Heat Inside Venue At WWE Super ShowDown: “It Was A Chaotic Scene”

WWE United States Champion Samoa Joe recently spoke with Brian Fritz of Sporting News to talk about the WWE Super ShowDown special over the weekend, his promo abilities and more. Featured below are some of the highlights from the interview.

On the heat inside the venue in Jeddah, Saudi Arabia during WWE Super ShowDown: “It was a chaotic scene, let me tell you that in 101-degree weather and a lot of human body heat. It was quite the inferno in that ring… That’s the kind of heat you don’t make adjustments for. You just realize it’s going to suck really, really bad. You’re going to have to grin and bear it. With the exception of maybe running sprints in a sauna, I don’t think there’s anything you can really do to prepare for that.”

On his promo skills: “It’s really simple. I’d love to sit here and say it was some long, miraculous process, but it’s not that at all. When I go out there and if I’m out in the ring and I’m saying something to you, I’m out there to pick a fight. Plain and simple. I’m out there to push your buttons, to put you off balance, to get you jumping. That’s my intentions and it’s the effort behind the words that I say and the things that I do. People say that it feels a little more real or more authentic. That’s because that’s its intention. I’m not out there to tell you a wonderful tale about what I have planned. I’m not there to tell you what I’m going to do. I’m going to ask you what you’re going to do about it.”

Check out the complete Samoa Joe interview at SportingNews.com.

Samoa Joe On Heat Inside Venue At WWE Super ShowDown: “It Was A Chaotic Scene”