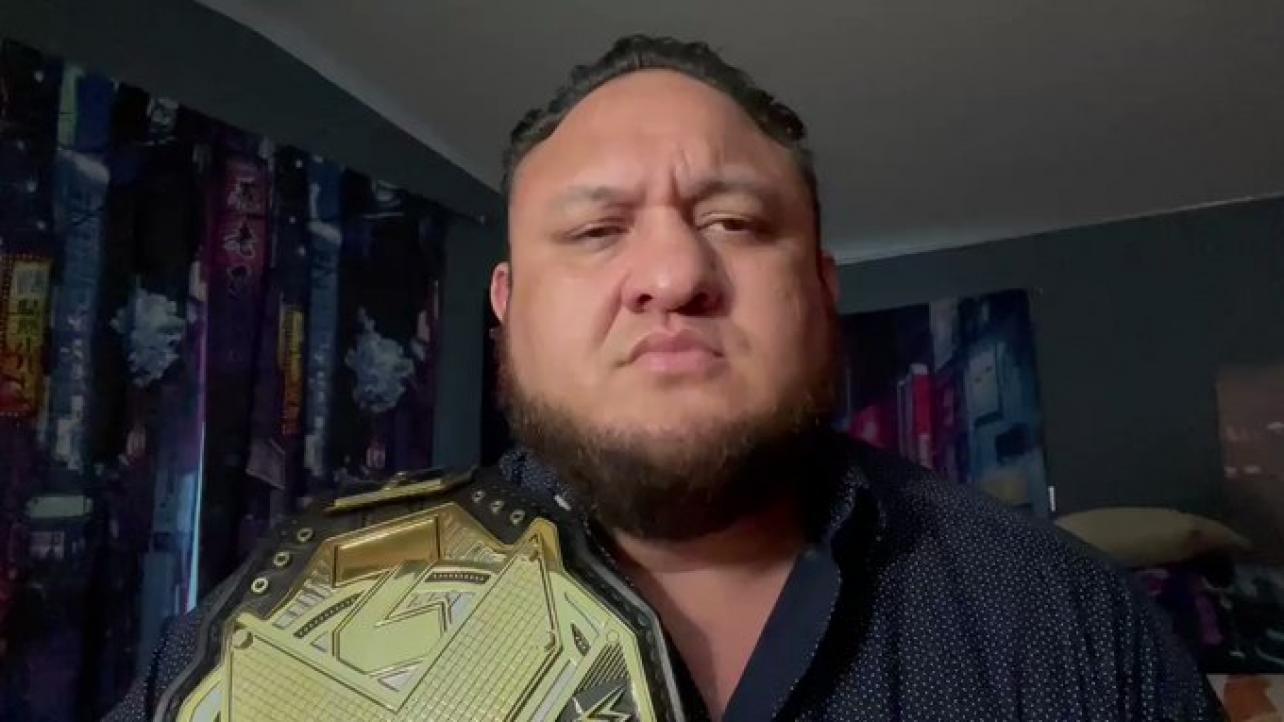 Samoa Joe has been forced to relinquish his NXT Championship due to injury.

In addition to the video that Joe released confirming the news, WWE has released an official statement on the situation.

NXT Champion Samoa Joe revealed Sunday night on Twitter that he has sustained an injury, and is not able to compete at this time. As a result, he is relinquishing the NXT Championship.

Stick with WWE Digital for more on this story as it develops, and be sure to tune into NXT, live this Tuesday at 8/7 C for more on the future of the NXT Championship.

#WWENXT Champion @SamoaJoe revealed that he has sustained an injury and is relinquishing his @WWENXT Championship. https://t.co/lUpOLcKAnd

Additionally, Wade Barrett took to social media to comment on the news. He tweeted the following:

WOW. Heal up @SamoaJoe #WWENXT now has a power vacuum at the very top. See you all on Tuesday. https://t.co/ULowlOttCC