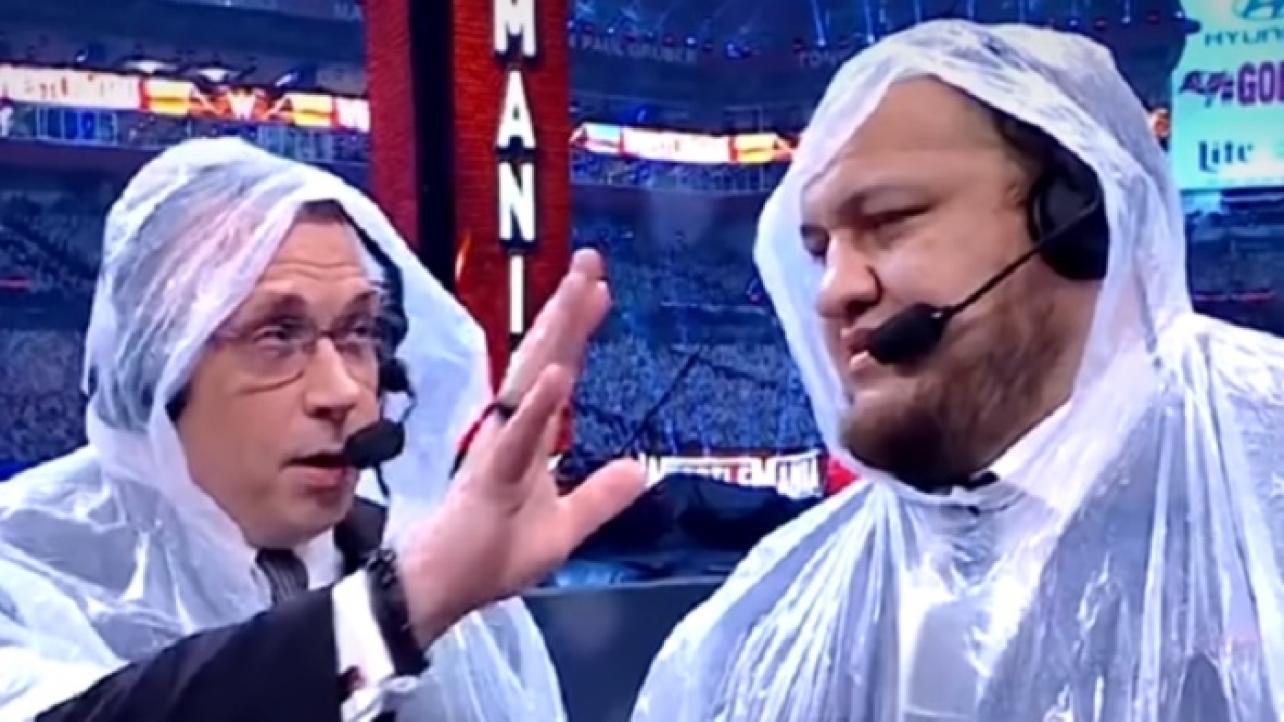 During the discussion, the WWE Superstar spoke about wrestling again, WWE holding NXT TakeOver 36 after SummerSlam and more.

His journey of getting medically cleared: “My goal has always been to get healthy and get back in the ring,” Joe says. “[Getting cleared], it was a feeling of reassurance and relief. It was very reaffirming. Everything we did, all the therapy, all that work was worth it. Sometimes during injury time, you can be your own worst enemy, second-guessing yourself and making yourself sick worrying over things you have no control over,” Joe says. “I have experience dealing with that in the past, which has helped me understand that the mental game of recovery is still as important as the physical game.

“[For me], there was no real process to being taken away from the ring. One day you wake up in the hospital and you’re not in the ring anymore. Coming back, I knew it was going to be a mental battle as well as a physical battle. Commentary gave me something to focus on and put my energy into while I was recovering. I enjoyed my time in the commentary booth. I threw myself so deeply into that because it kept me from driving myself crazy. Only time and healing were going to solve anything, so doing commentary helped me alleviate a little bit of that stress I put on myself.”

NXT TakeOver 36 taking place on a Sunday: “If you’re going to cap off the greatest wrestling weekend of the summer, you want to do it with the very best at the very end,” Joe says. “You save the dessert until the end for that reason. I’m back in NXT, and I’m going to take over.”

Getting to wrestle again: “I’m coming back for the fans that want to see Samoa Joe,” he says. “I get to do what I love, and that’s perform for the WWE Universe and for fans around the world. I have a committed relationship with this industry. I’m back around the energy. It always lifts me up when I’m around it. There are a lot of young, hungry individuals ready to show the world what they’re about, and that kind of enthusiasm is infectious.”