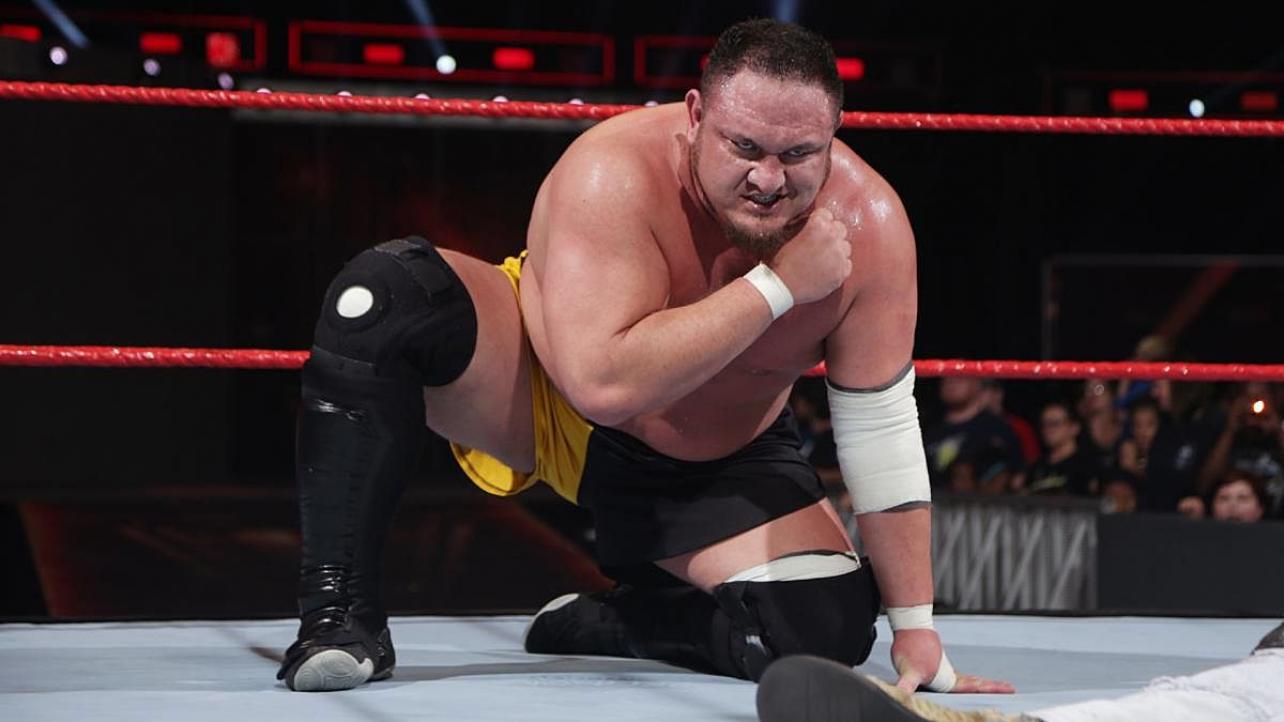 Samoa Joe recently joined WWE Hall Of Famer Booker T as a guest on his “Heated Conversations” podcast. Featured below are some of the highlights from the interview.

On WWE giving him more microphone time: “Nowhere is there so much focus being put on your ability to be a compelling character. WWE is very good at doing things that are advantageous. If you have the ability to go out there and get on a mic and be captivating, then they’re going to do everything in their power to support that ability and make it even bigger and seem better. I think that’s the thing. In WWE, they’re real big on letting you sink or swim and they let you go out there and they’re going to give you the stick and a live mic in front of a packed house and millions watching at home and if you’re not prepared for that moment, you’re going to go down in flames. And if you are, you have a real opportunity to do something compelling for all the people watching.”

On being comfortable in WWE because he knows so many people there after his lengthy run in the business: “It [has] been good. I think the biggest thing is kind of working everywhere and working with different people that when I did walk through the door at WWE and looked around, I didn’t really feel that out of place because every second face I looked at is somebody I’ve known for over a decade or worked with or I’ve been around in some capacity in the industry. And for me, it felt like a real comfortable situation. I don’t think that happens to a lot of people when they get to WWE, but, like I said, guys like [Booker] and other guys that I’ve worked with on the indies previous to coming to WWE.”

On having a smooth transition from NXT to the WWE main roster: “I kind of walked into a familiar situation with people that I was working with all around me. That kind of fostered a good environment with people who had good expectations, especially behind-the-scenes, people that I worked with for years knew my capabilities. It was surprisingly comfortable and I’m one of the few guys who can say that because, normally, it is a really intimidating process. It’s a whole new environment, and people get caught up in pecking orders and not offending this guy or that guy, and when I got here, I was very, very fortunate that I was generally treated very well.”

Check out the complete Samoa Joe interview from the Heated Conversations With Booker T podcast at Podbay.fm.