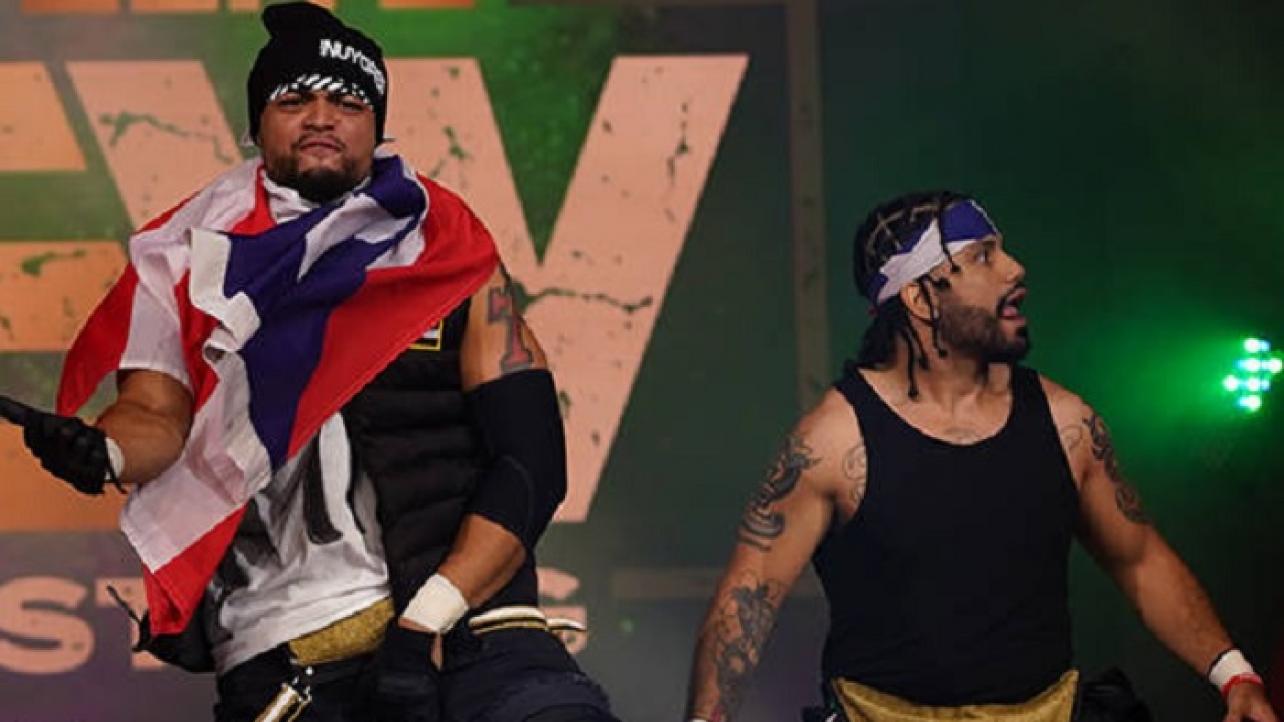 Santana recently appeared as a guest on the Gettin’ Better with Ron Funches podcast for an in-depth interview covering all things pro wrestling.

During his appearance on the program, the AEW star spoke about the support he and his Proud ‘N’ Powerful tag-team partner Ortiz enjoy from the fans and more.

On he and Ortiz being happy with the fan support they have: “I see on Twitter, everyone is like, ‘when are ya’ll gonna get the tag titles?’ It’s awesome. It feels great. It’s one of those things where, we’re obviously doing something right if people want us to have that spotlight.”

On the chemistry they have with the Lucha Bros: “Us and Lucha Bros, we had a feud in IMPACT for the tag titles and that feud pretty much caused us to have 24 or 25 matches around the world. We took that same match and did it all over the Indies in the States, we went to Canada, we went to Mexico, we went to England, we did it in Germany. We literally did that match all over the world. The chemistry is definitely there.”

On how Proud and Powerful and the Lucha Bros came up under Konnan: “We’ve always been like a family with each other. We all came up under Konnan and he’s a big mentor for us. When that time comes, best believe it’s going to be some of the best tag team matches anyone has ever seen. That’s not even being cocky, we have the proof.”

Check out the complete interview at AllThingsComedy.com. H/T to Fightful for transcribing the above quotes.