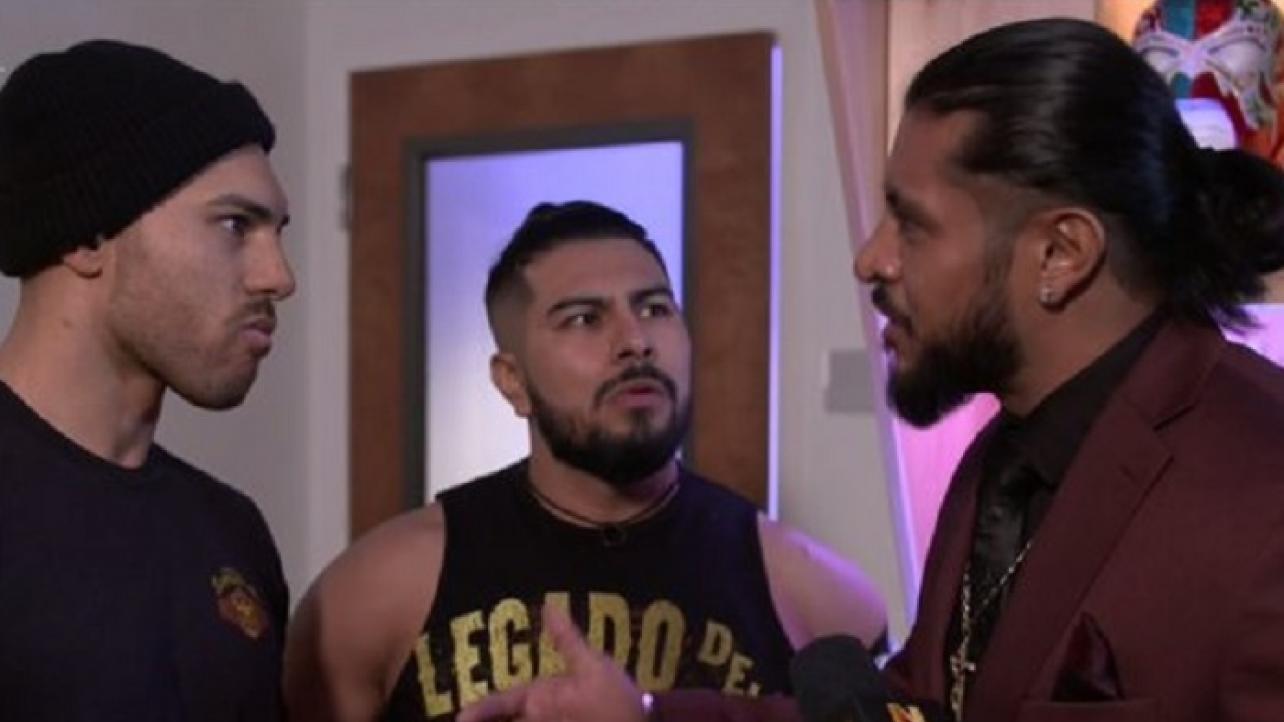 Santos Escobar Comments On His Journey To WWE, Being A Second Generation Luchador & More

Santos Escobar recently appeared as a guest on the Pro Wrestling 4 Life podcast for an in-depth interview covering all things pro wrestling and WWE.

During his appearance on the show, Escobar spoke about being a second generation luchador, how long it took him to get to WWE and more.

How he’s a second generation luchador and how long it took him to get to WWE: “I think one of the—and just like you said—it was a lot of years [of] ‘Is he coming? Is he not coming?’ And then stuff happened that, I don’t even know what happened, but I didn’t get to come [to WWE] then. More stuff with AAA, Lucha Underground, and finally I got to go to WWE and of course, it’s been an adventure, all of it, but man, being through the PC, the coaches—Hunter, Shawn Michaels, Terry Taylor, Fit Finlay, Steven Regal—I mean, I’ve been doing this for twenty-something years because I was born into this business, I’m a second-generation luchador.”

Compares his journey in WWE to getting a scholarship for a to university: “I’ve been all over the place, but one thing I committed to do was I’m going to reset my hard drives and enjoy this process. Because to me, it was just like getting a scholarship to go to Harvard, MIT, something like that, where you get the opportunity to be around these people and learn. And of course, I’m still not humble and still have [personality], but man, you have to be humble and realize where you are and enjoy having these people tell you, ‘Hey, do this. Don’t do that.’ It’s just been an adventure that I wouldn’t change for anything,” Escobar said. “I loved it and I’m getting better week after week after week, and now that I have new people around with NXT 2.0, oh my God, this is going to get even more fun because now I’m the ‘veteran’ if you know what I mean.”

Check out the complete interview at Spotify.com. H/T to Wrestle Zone for transcribing the above quotes.

Santos Escobar Comments On His Journey To WWE, Being A Second Generation Luchador & More