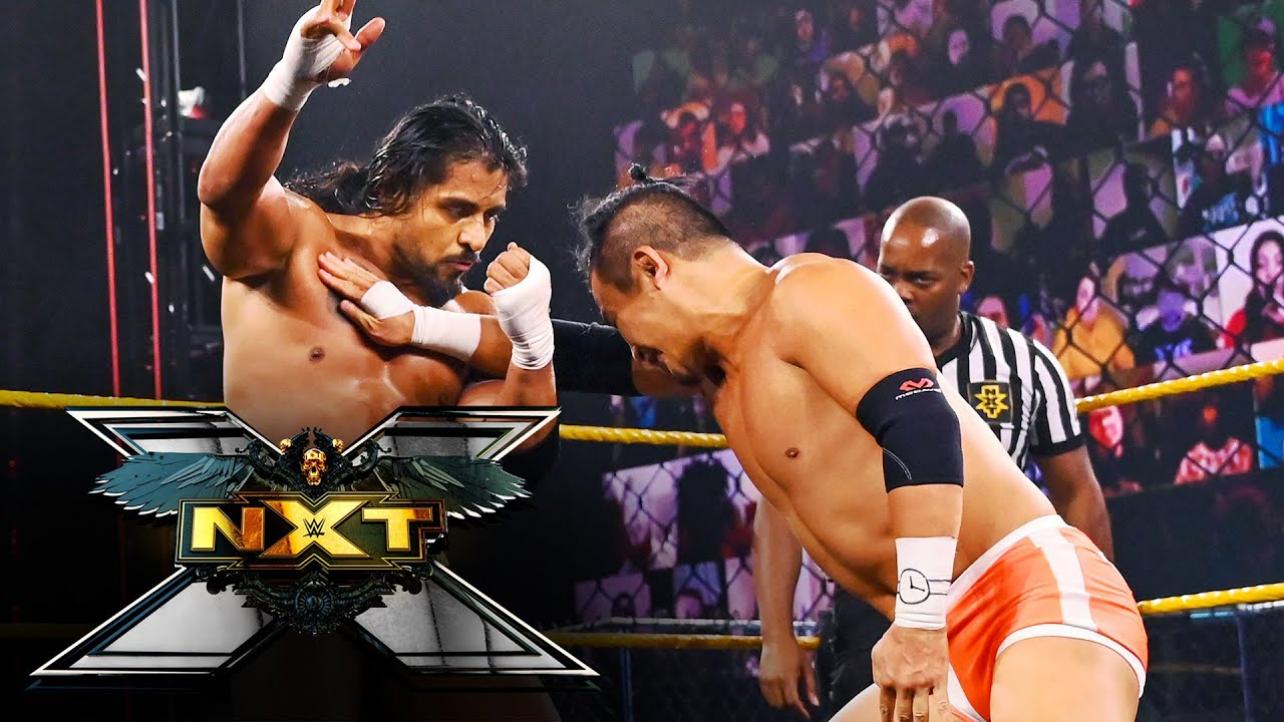 NXT superstar Santos Escobar recently spoke with PWInsider to hype this evening’s edition of NXT on USA, where the Legado Del Fantasma leader will be challenging KUSHIDA for the cruiserweight championship in a two-out of-three falls matchup. Highlights from the interview can be found below.

Says his goal as NXT cruiserweight champion was to raise the prestige of the belt and the division:

“I think one of the most important learnings that I’ve had from my dad and from all the legends that have been good enough to give me advice is you make the show, you make the title, you make the division. It’s you, the talent, that gives pumps up whatever it is you’re doing. You know what I mean? When I first became the NXT Cruiserweight Champion, my whole goal was to bring the division, the title, as I said in numerous promos, from the sideshow to the main show. Then we did the first cruiserweight title defends on NXT TakeOver 31, and then again on WrestleMania Week at NXT Stand and Deliver. To me, that was a very important milestone, not just for me in my personal career, but also for the division that I knew after that was going to be a complete different story for the division. The proof is a couple of weeks ago, main event, all cruiserweights on an NXT TV for the first time ever, I think. Now we have another good match tomorrow, title match, two out of three falls first time ever. I think my job here is done, but I can still be the champion for another 360 something days or whatever the title needs because I think I’m the best cruiserweight in the world and tomorrow, I’m going to prove it again.”

On his two-out-of three falls matchup with KUSHIDA on tonight’s NXT:

“Two out of three falls involves cardio mostly, but weight, wisdom, resources because you got to know when to use what. That is the difference between just the regular traditional one fall match because in one fall match, you just go and try to do your opponent or tap your opponents. In the two or three falls, you have to do it twice. I think KUSHIDA is in for a surprise because even though he made his debut in Mexico sometime ago, he’s been working just one fall matches for most of his career. Whereas, me, I’ve done two or three falls for a number of years, so I’ll be ready.”

How important his win at Takeover: Stand & Deliver was:

“That particular night was a night of emotions, not just because I became the undisputed NXT cruiserweight champion, but because right after that, my son was there for me. We have to remember that Lucha Libra is a family tradition and, to me, it was very important to introduce my son to the WWE universe. That was the perfect moment for it because down the line, 2, 3, 4, 5, 10 years from now when he finally decides to take on the family business, he’s going to have all this iconic moments there for him.”

On his chemistry with KUSHIDA:

“Enormous chemistry. I think that’s one of the things that you pursue when having a feud with someone because let’s not forget, you still have to perform and provide for an entertaining match. Kushida, in my eyes, is one of the best cruiserweights in the world, not just NXT. For me to have this opportunity to chop it up with him, I feel honored. I’m happy because of this opportunity and of course, I’m even happier to defeat him.”

On starring in movies in Mexico and possibly working with WWE Studios:

“I think my parents did an amazing job and my mom especially because they prepared me for anything that might come down my path. I became a performing artist early in my life. I started studying for acting, singing, dancing. I always complemented that with my Lucha Libre training. I didn’t put two and two together until I was later on in my career when opportunities to participate in telanovelas, commercials and the movies, that’s when I realized, oh, they did an amazing job because they did prepare me for anything. Now that I’m in WWE, I would just love to perform at my fullest. That would be, of course, what I’m doing right now in the ring as a superstar, what I do on the mic every time I just cut a promo and of course, the cherry on top would be just to have movies or anything that WWE Studios might need me for.”

“It’s phenomenal. I think, and this is important, that we started as co-workers, then we became a faction and we became friends. I can tell you right now that we became brothers and that is something you can tell by the way we carry ourselves while cutting a promo, while going through a six man tag. We are connected and I love that because that’s when all the victories and all those satisfactions come, when you have great chemistry with the people you’re in the ring with.”

How he’s changed as a worker:

“I’ve changed a lot. The reason being is you remember that when I got here, I got hurt. The first thing that happened was that I had surgery on my knee and that, I have to admit, kind of shattered my confidence a little bit. I think an important moment came when I was medically cleared and they told me, “We believe in you. We believe in you, but we’re going to put pressure on you so bring it.” That just made me realize that this is an opportunity that I want to take advantage of it. Last year to now, I’ve changed a lot. I’ve had people teaching me the WWE business life, Terry Taylor, Shawn Michaels, Finlay, Triple H, Mr. Regal, and Steve Corino. Everyone in there helps you and gives you advice, and all we have to do is reach out and grab it and apply it. I think I’ve been doing so. I feel like a completely different performer than what I was a year ago.”