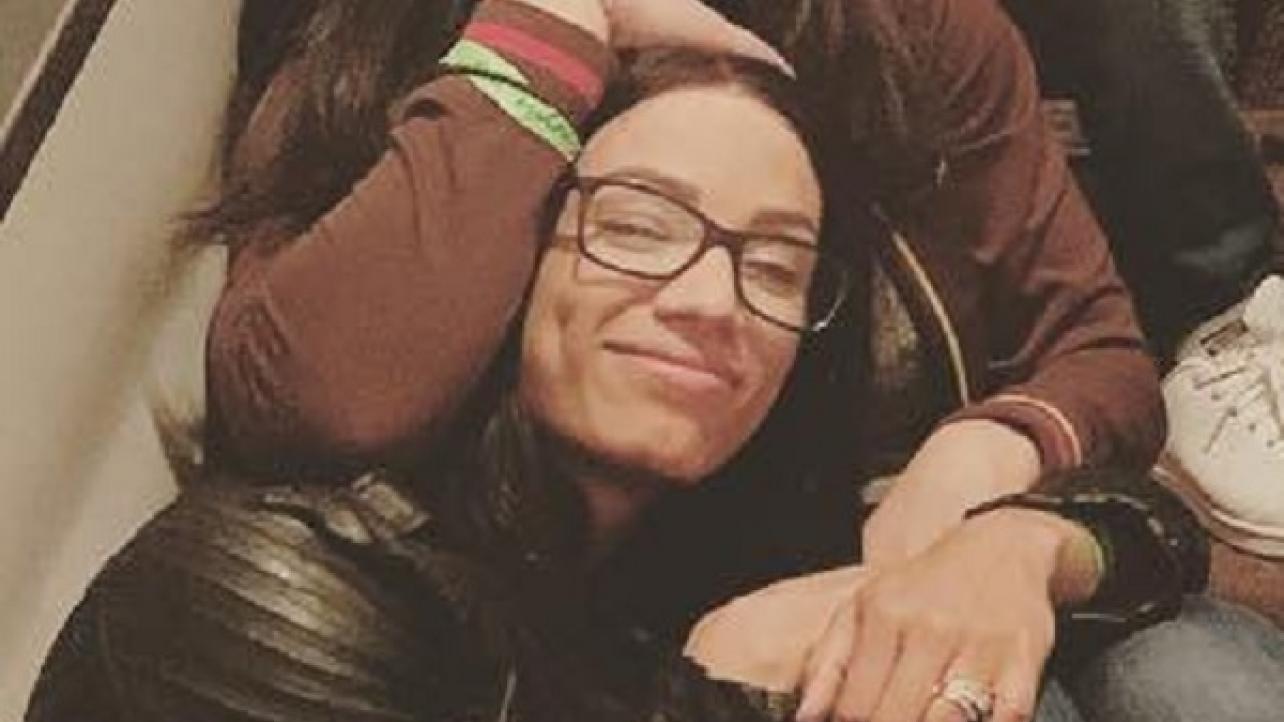 Sasha Banks continues to make changes … including to her own physical appearance.

“The Boss” turned up along with her former WWE Tag-Team Champion “Boss ‘N’ Hug Connection” partner Bayley at a Comedy Festival over the weekend sporting somewhat of a new look.

Banks showed up with her hair dyed a new color. “The Boss'” trademark purple hair is now much darker.

As noted in the past, WWE has very strict policies regarding female Superstars changing their hair color without permission. Whether or not “The Boss” was given the green light to make the change or did so on her own remains to be seen.

Check out several photos of Sasha Banks’ new look with her dyed hair below.