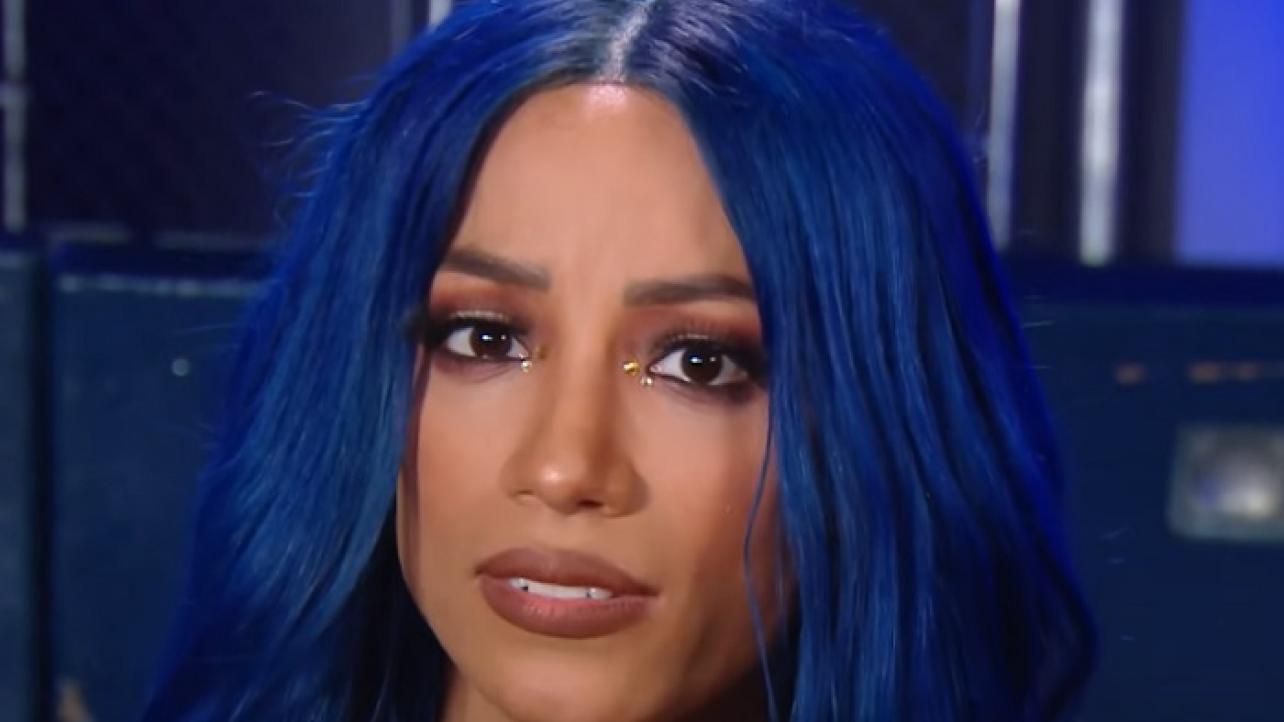 WWE superstar Sasha Banks was the latest guest on the New Day’s Feel The Power podcast to talk about her childhood, how she chooses not to be a role model, and gives thoughts on her upcoming appearance in the Mandalorian Netflix series. Highlights are below.

Discusses her childhood and how she grew up the only black girl in the whole county:

“For me, it was so hard being a kid. First, I was living in Iowa at the time. I was the only black girl in the whole county. I was like, man, where am I and what’s going to happen in my life? I’m on a farm and black. Before that, I lived in California and was around a lot of cultures and different experiences. I heard people say the “N” word, but back then, the “N’ was like you say it as a friend. The first time I heard it in such a negative way, I was living in California. I was walking home from softball practice and this guy on his porch was screaming at me, “Hey “n” word, get the f*ck out of here.” Instantly I became so shy and so scared. I started watching wrestling and I thought this is who I am going to be. I am going to be larger than life and be someone I can’t be right now and I have to break this fear. Ever since I laid eyes on wrestling, I always had my mind set on that this is going to save me. This is what will break me away from being this scared little child.”

How she doesn’t want to be a role model:

“I can only be me. I can’t have that pressure. I can only do the best I can for myself. If little girls want to look up to that and take a little bit for themselves, then that’s all I can do. I can’t be like, hey, you have to follow my lead. You have to be yourself. You have to find your own journey. You have to see what works for you guys. You can take little pieces from everybody, but I’m just trying to be the best I can be.”

On her upcoming role in The Mandalorian:

“It still has not hit me. There is not much I can talk about yet. All I can say is I’m in it. I can’t believe it. I’m so excited and can’t wait for everybody to see it. Season 2 is going to be so incredible. I have not seen the episodes. I probably won’t even know what’s going on actually (until it airs). It’s so secretive.”