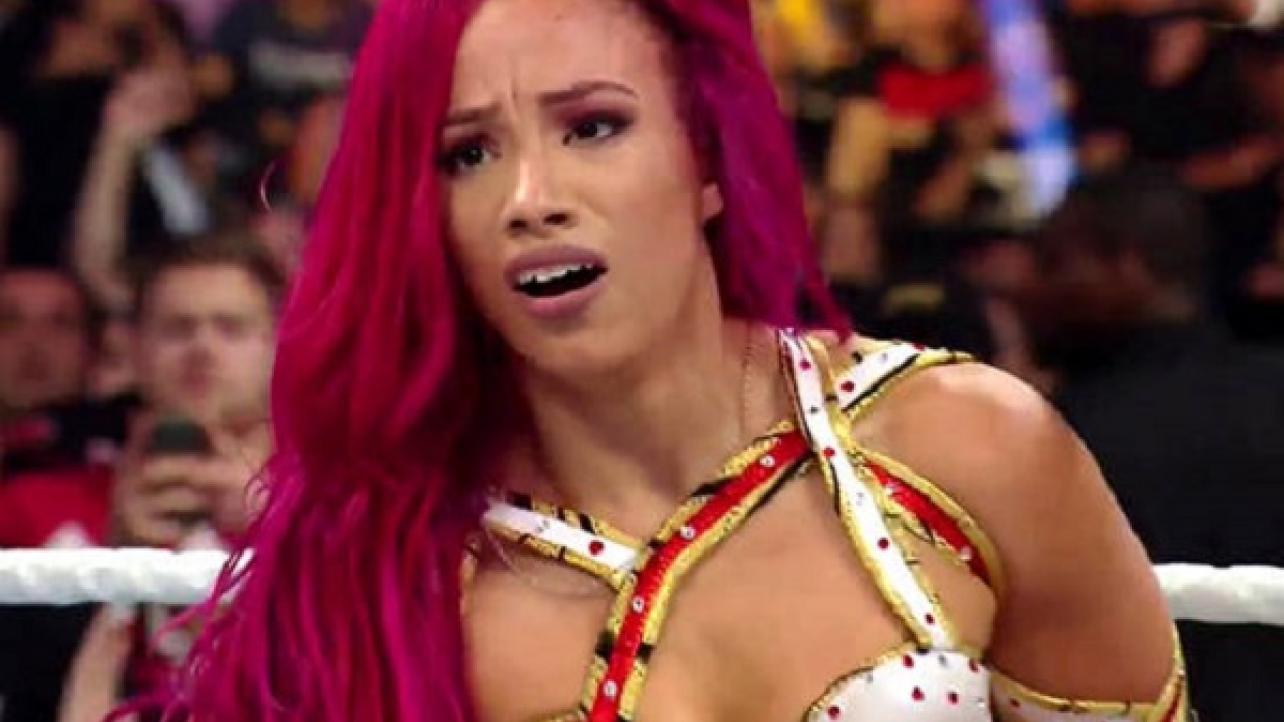 WWE announced today that Sasha Banks has been removed from the entire Mixed Match Challenge competition after suffering an unspecified injury. She will be replaced in the tournament by Mickie James, who will team up with Bobby Lashley. The fact that Banks was removed from the competition seems to imply the injury isn’t a day-to-day issue and thus, her participation at the WWE Evolution PPV in late October is also now unclear.

As first revealed on the Mixed Match Challenge Facebook, Sasha Banks has suffered an injury that will keep her out of the WWE Mixed Match Challenge competition. With The Boss sidelined, six-time Women’s Champion Mickie James will now join forces with Bobby Lashley. The hard-hitting duo will take on the deadly combination of Jinder Mahal & Alicia Fox this Tuesday, exclusively on Facebook Watch.