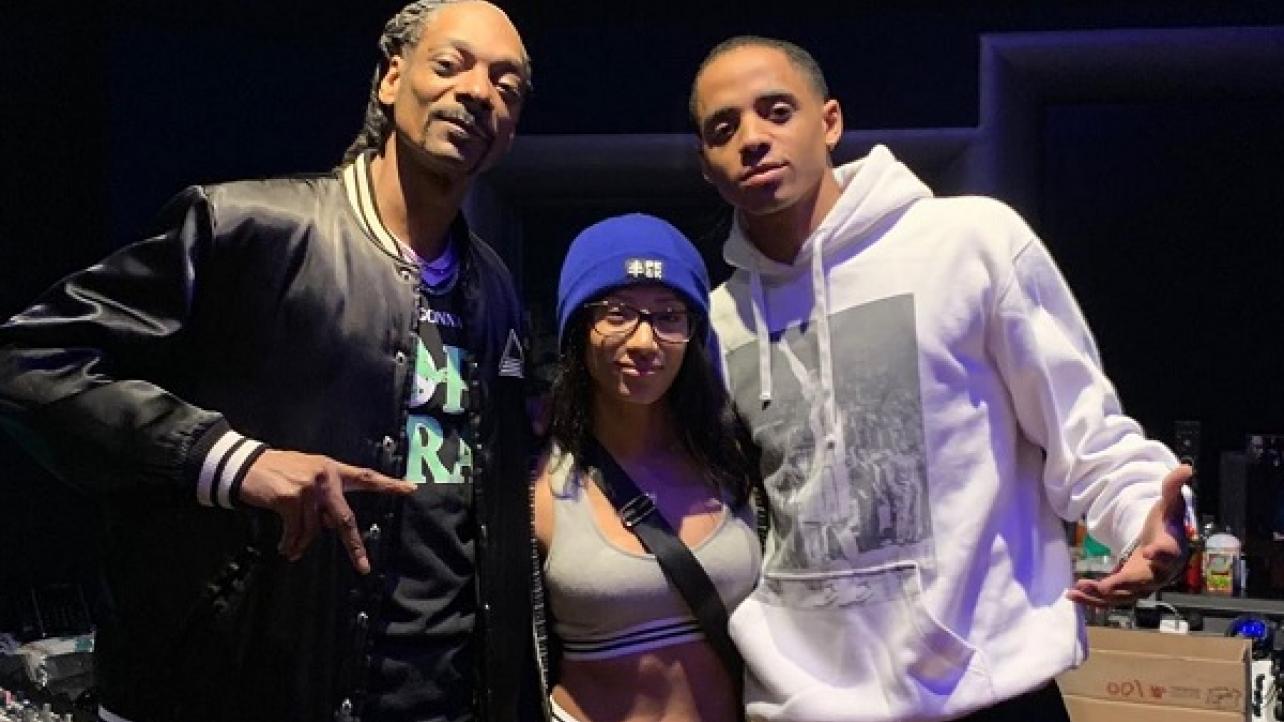 Sasha Banks Not On WWE European Tour, Turns Up With Snoop Dogg Instead (Photo)

The Sasha Banks situation continues to get more interesting.

In the latest chapter of the Sasha Banks/WWE saga, “The Boss” has turned up on a major hip-hop legend’s Instagram page this weekend.

Late Friday evening, rap legend Snoop Dogg took to social media to post a photo of himself with his cousin, WWE Superstar Sasha Banks. Snoop famously performed the music for Banks’ ring entrance at WrestleMania 32 in 2016.

He was also inducted into the Celebrity Wing of the WWE Hall Of Fame during the 2016 induction ceremony, has guest-hosted RAW and appeared at WrestleMania 24 back in 2008.

As noted, Banks has not appeared on WWE television since dropping the WWE Women’s Tag-Team Championships she held with Bayley to The Ilconics at WrestleMania 35 last month. The decision for her to drop the titles so soon reportedly started a rift between she and WWE that saw her allegedly attempt to quit the company.

“The Boss” was supposed to be in the Women’s Money In The Bank Ladder Match, but was replaced by Dana Brooke due to her issues with WWE. She also reportedly did not travel with the rest of the RAW roster to Europe for the ongoing 2019 WWE European Tour.

Check out the Instagram post with the photo that Snoop Dogg posted of himself with Sasha Banks below.

Sasha Banks Not On WWE European Tour, Turns Up With Snoop Dogg Instead (Photo)