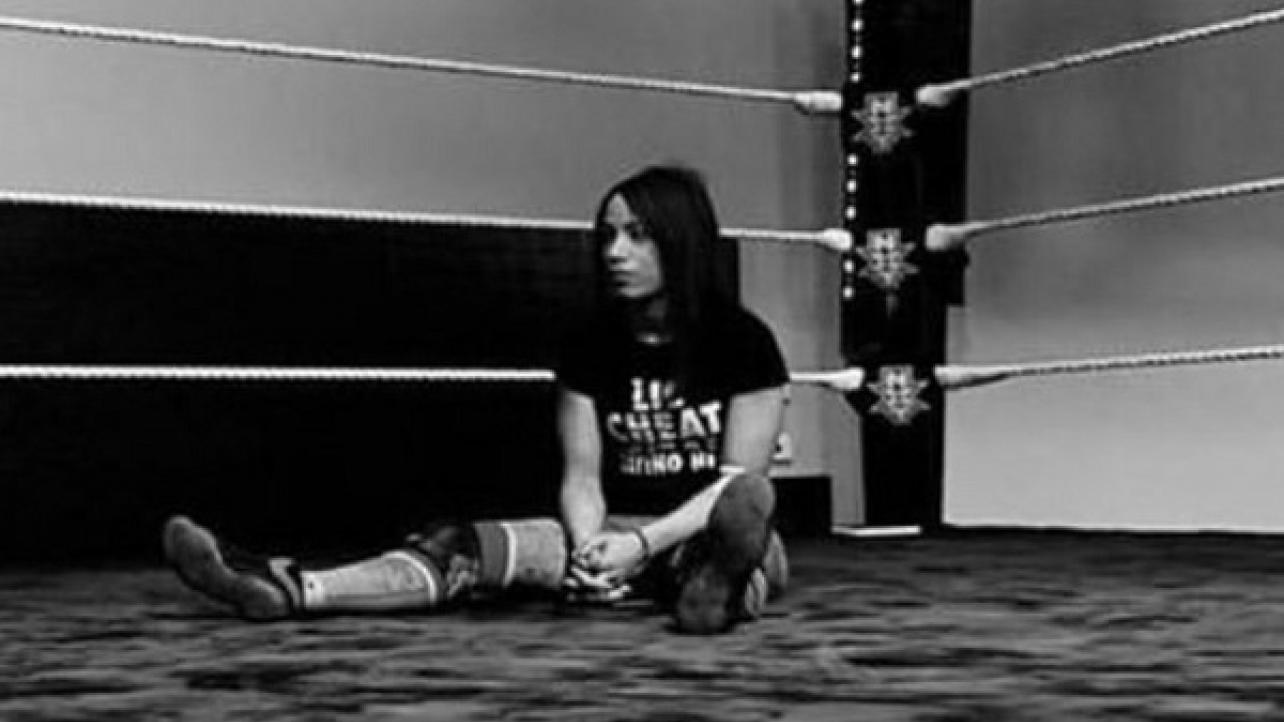 Sasha Banks Returns With Another Cryptic Tweet, Photo This Weekend

The cryptic tweets from “The Boss” continues.

Sasha Banks took to social media once again this weekend to post the latest in her ongoing series of “cryptic tweets” on her official Twitter page.

Banks has been posting various tweets of cryptic nature since taking a hiatus from WWE after rumored issues with the company following she and Bayley’s WWE Women’s Tag-Team Championship loss to The Ilconics at WrestleMania 35 back in April.

As noted, Banks recently met with Vince McMahon and according to reports stemming from the meeting, she could be back on WWE television this summer.

In her latest tweet, “The Boss” posted a photo of herself sitting in a NXT ring with the caption reading, “There was nowhere to go but everywhere…”

Whether Banks is chronicling her journey in WWE, which began with her hard-earned and women’s revolution-sparking ascension to the top of the ranks in NXT, or she is teasing a potential return to the black-and-gold brand, which she has referenced as something she might be interested in the past, remains to be seen.

According to the caption, however, it appears that she is talking about the former rather than the later. Time will tell!

“There was nowhere to go but everywhere…” pic.twitter.com/QgGPFyE6fd

Sasha Banks Returns With Another Cryptic Tweet, Photo This Weekend