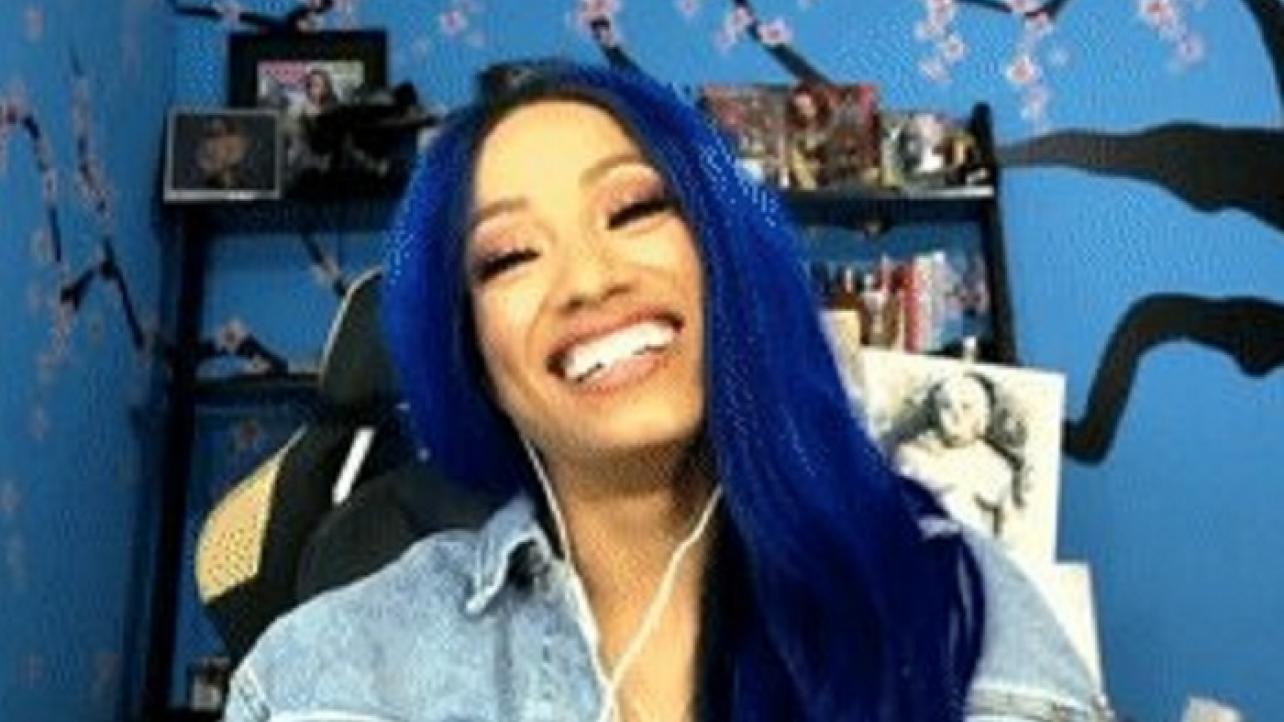 Sasha Banks Sounds Off On Filming For Mandalorian

WWE SmackDown women’s champion Sasha Banks recently spoke with Comicbook.com to talk about her experience working on the hit Disney+ show, The Mandalorian. Highlights are below.

On her insane travel schedule to make it to set on time:

To be honest with you, it honestly never set in. Every time I went to set, because I went straight from WWE from live national television, I would have to wake up at 5:00 in the morning, catch a flight and go straight to the trailer. And they’re like, ‘Why do you have glitter all over your face?’ And I’m like, ‘I’m sorry. I’ve been Sasha Banks.’ I would walk on set and [I’d] just be like, ‘Oh my God, I can not believe that I’m here,’ because the set was just so, so, so incredible. I literally felt that I was in a whole different galaxy, in a whole different world. I have no idea how they did that. Whoever made that set, wow! Wow, wow, wow! It’s so breathtaking. And the whole time I was there, honestly, it never set in because I went from that straight back to WWE and I couldn’t tell anybody. So I just kind of always had to live in the moment and be present in everything that I was doing. So I was just like, all right, eventually, when I’m able to talk about it, I think that’s when it will probably set in that I’m part of something really, really cool and special.

Says she got to do some of her own stunts but because she was an active performer she couldn’t do all of them:

Yeah. I got to blend some of my wrestling moves in but we had a great stunt team, I didn’t want to do too much of the work because I was still trying to get at the WWE championship every single week. So I got to do some of my stuff but not all of it, I have to give that to our stunt team. But I wanted to make sure that I brought a lot [of] Sasha Banks into my role so right away I was like, ‘You have to do dropkicks and back elbows.’ From my stance, that was me.

Sasha Banks Sounds Off On Filming For Mandalorian