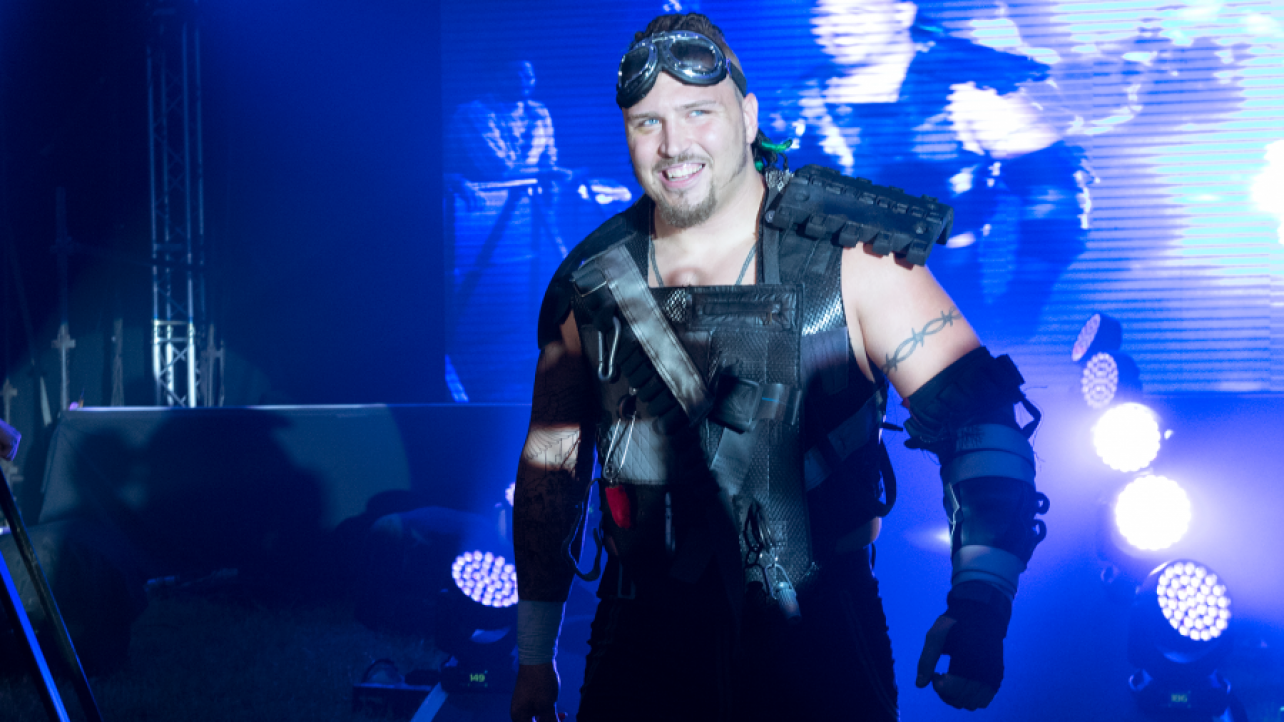 Former WWE Superstar Sawyer Fulton recently spoke with the folks at Solo Wrestling for an in-depth interview. Below are some of the highlights.

On his experience at the WWE Performance Center: “I’ve been practicing sports all my life. College Wrestling has some very extreme intense workouts, so the workload part of the PC wasn’t that big of a deal for me. The biggest part for me was learning, you spend years and years training your body to defend without thinking and showing no emotion, and all of the sudden it’s the exact opposite, that was the most difficult part of the transition for me.”

On if the NXT locker room felt the absence of Dusty Rhodes back in 2015: “The whole world notices his absence. Working with Dusty was a much more than I realized at the time. Charisma didn’t come naturally to me, but I think he must of seen something because Dusty was always hard on me. I used to get so frustrated because I didn’t understand why he would tell me things, and he told me that I may end up hating him but he will make me better. I started hitting a good stride while tagging with Dawkins, and I remember I had a really good promo, and he just sat back and smiled, told me after it took me long enough, now keep that going, and all of the sudden everything he was saying just seemed to click a bit more. Head writer Joe Belcastro runs the classes now. There’s more structure and his classes are great, but no one brings that thing out of you like Dusty did.”

On Killian Dain replacing him as a member of the SAnitY faction: “That feud started after my injury actually, as a way to fill my spot after I tore my pec. I found out about the plans as they were happening a day after my surgery, Killian actually being the first one to tell me.”

On if he feels Dain was a good replacement for him: “Great guy, great wrestler. I don’t think anyone else could have filled that spot other than him.”

On a funny story about his time in WWE: “There was a live event in Venice Fl, and my stomach had not been agreeing with me for most of the day. I even joked with Norman Smiley about not taking any gut shots in the match. I was wrestling Solomon Crowe with Drake as a referee. I dropped an elbow off the second rope, covered, he kicked out and I put him into a side bearhug on the ground. Just then Drake looks at us and says ‘What the hell, someone reeks!” I blamed Crowe and he even apologized for it in the ring. When we were sitting in the locker room I was just in my undershorts, when everyone left I went to take them off and saw it was me… then I saw it was on the chair I was sitting on… I snuck the chair through a side door and threw it and my undershorts in the dumpster behind the building. I think I let Crowe believe it was him for about 6 months before I finally told him!”

Check out the complete Sawyer Fulton interview at SoloWrestling.com.