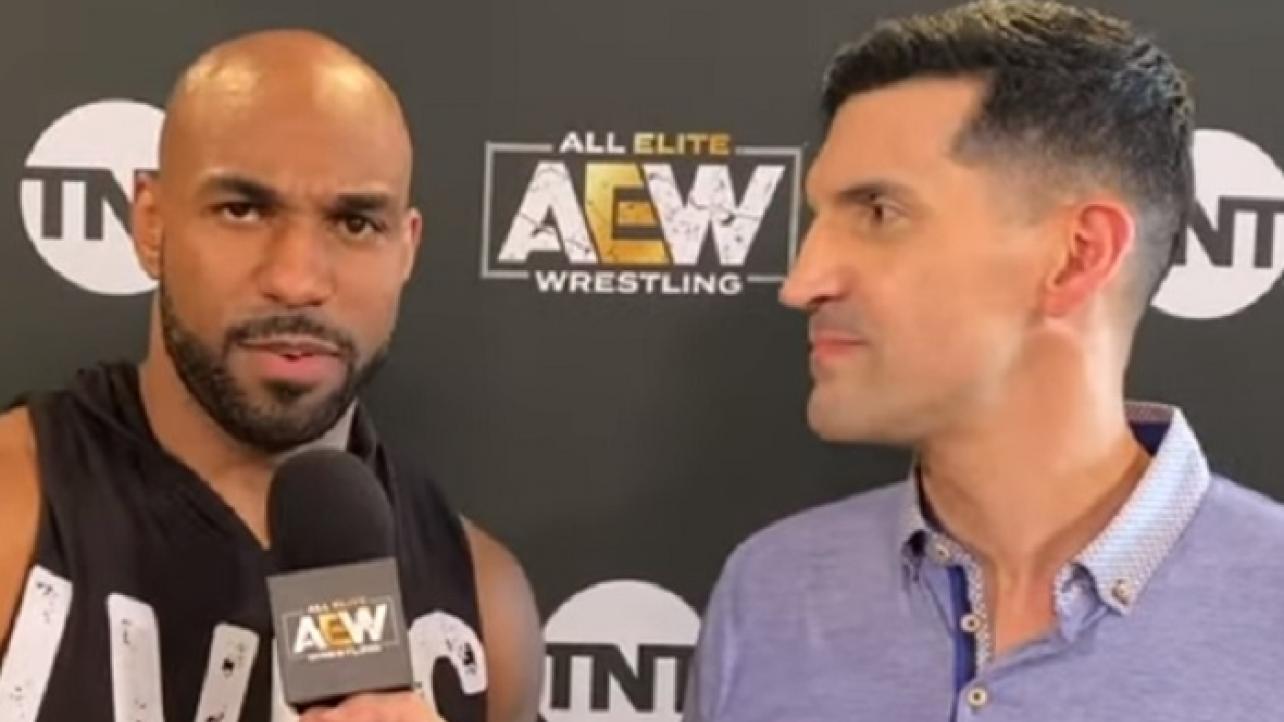 Scorpio Sky recently appeared as a guest on the latest installment of the AEW UNRESTRICTED podcast hosted by All Elite Wrestling commentator Tony Schiavone and referee Aubrey Edwards.

During his appearance on the program, Sky spoke about growing up as a fan of “Le Champion” Chris Jericho and what it meant for him to get to be in the ring with him in AEW.

Featured below are some of the highlights from the interview where Scorpio Sky talks about this particular subject.

On growing up as a Chris Jericho fan and what it meant to wrestle him in AEW: “That was huge for me. Again, going back to my childhood, I was a huge Chris Jericho fan. I remember that it was like my freshman or sophomore year of high school, and just everyone thought it was so weird that I was walking around with a conspiracy victim sign and had it with the arrow pointing down because that’s what he was doing in WCW at the time. I loved every single thing he did. I never really thought he’d be a guy I’d get in the ring with. So, when the opportunity presented itself, I was extremely excited and nervous.”

On how he prepared for the Jericho match: “Getting ready for that match, I did a lot of visualization. Just visualizing the moment. I even went as far as to play his music on my phone and pitting myself in the moment of standing in the ring as he’s walking to the ring and feel those emotions of being nervous and excited. That way when you do it in real life, you already feel like you’ve been there before. That’s one of those few matches I’ve prepared for – a lot of times you just show up and you get in there and do what you do. That was one I definitely took the time and prepared for. I wish I could’ve been more in the moment because week to week, a lot of times it’s OK, and on to the next. I wish I would’ve just slowed down a bit and enjoyed it, but I was worried about messing up. But I can enjoy it now.”