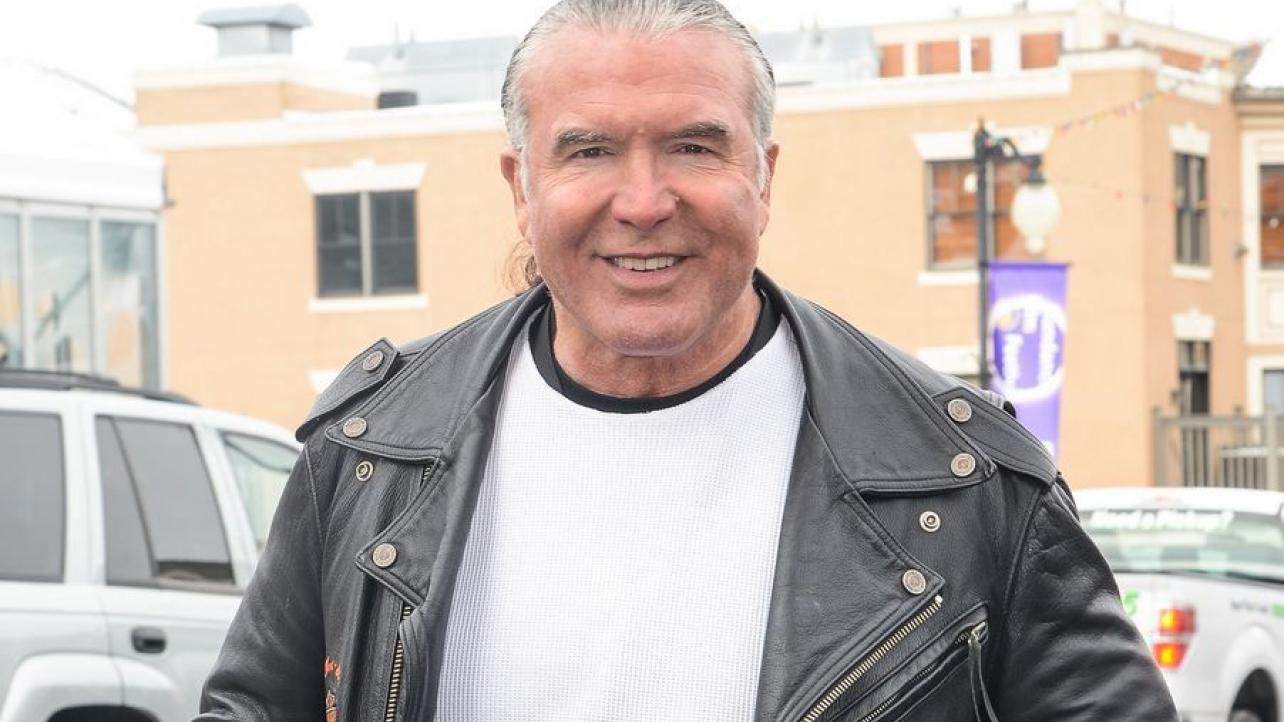 WWE Hall Of Famer Scott Hall (Razor Ramon) recently joined fellow Kliq member Sean “X-Pac” Waltman (1-2-3 Kid) on the latest edition of his X-Pac 12360 Podcast to talk about the upcoming WWE RAW 25th Anniversary special later this month in New York. Below are some of the highlights from the interview.

On having loyalty for those who helped him out: “I worked with Larry Zbyszko back in what we used to call ‘broadway’ (a time limit draw), back in the day. Fans, we used to wrestle 15 to 20-minute draw and Zbyszko put me over. He led me through everything by the hand, so I’ve always been loyal to Larry. That’s why when we were on top in the NWO days, I’d involve Larry. I turned Dusty [to the] nWo because I never forgot what he did for me. You know how it is, you don’t forget the guys who helped you, you don’t forget the guys who treat you like s–t.”

On being part of the first-ever angle on RAW with the 1-2-3 Kid: “People of a certain age are aware that we did the first ever angle on RAW ever, when you beat Razor. It was an iconic moment on RAW. By the way, they showed it on RAW that you beat me. They don’t show me dominating you.”

On possibly wrestling at the RAW 25th Anniversary special: “I just got a text from the office that said, ‘Please bring your ring gear.’ I said, ‘Are you ribbing me? You’re going to tell me like three or four days in advance, ya know?’ Give me a little notice and for the right money, I’ll have abs showing. I said, ‘Now, how about I bring what I wear to appearances?’ I’ve got gimmick street clothes. But I think we’re going to have a rematch, so I’m just giving you a heads up. I think it’s about time I went over.”

On failing to catch Waltman when he did a moonsault during an early RAW match: “I had the luxury to talk to Mike Chioda the referee [and asked] “Is he up there?” You know, I’m selling the miss pose, I turn around and ask “Is he ready?” [Chioda] said yeah. I turned, you beat me. Now I’m on the floor, the ref is in the ring counting, So, I don’t have anymore to ask or unless I could have asked somebody in the front row (laughs) is he ready? But I turned too fast because I thought, this young guy is so nervous waiting for me. It was my fault, and I told you about this before, I turned too soon then you saw me turning, you tried to hurry up so I wouldn’t look too stupid for standing there, and you slipped. You hit that concrete bro and you were out. Your eyes rolled back, I look at Vince and he looked down. Now, watching the commentary back, he was blowing me off, he was commentating. I rolled you in the ring, I look at Vince and [he] went f–k it, pin him.'”