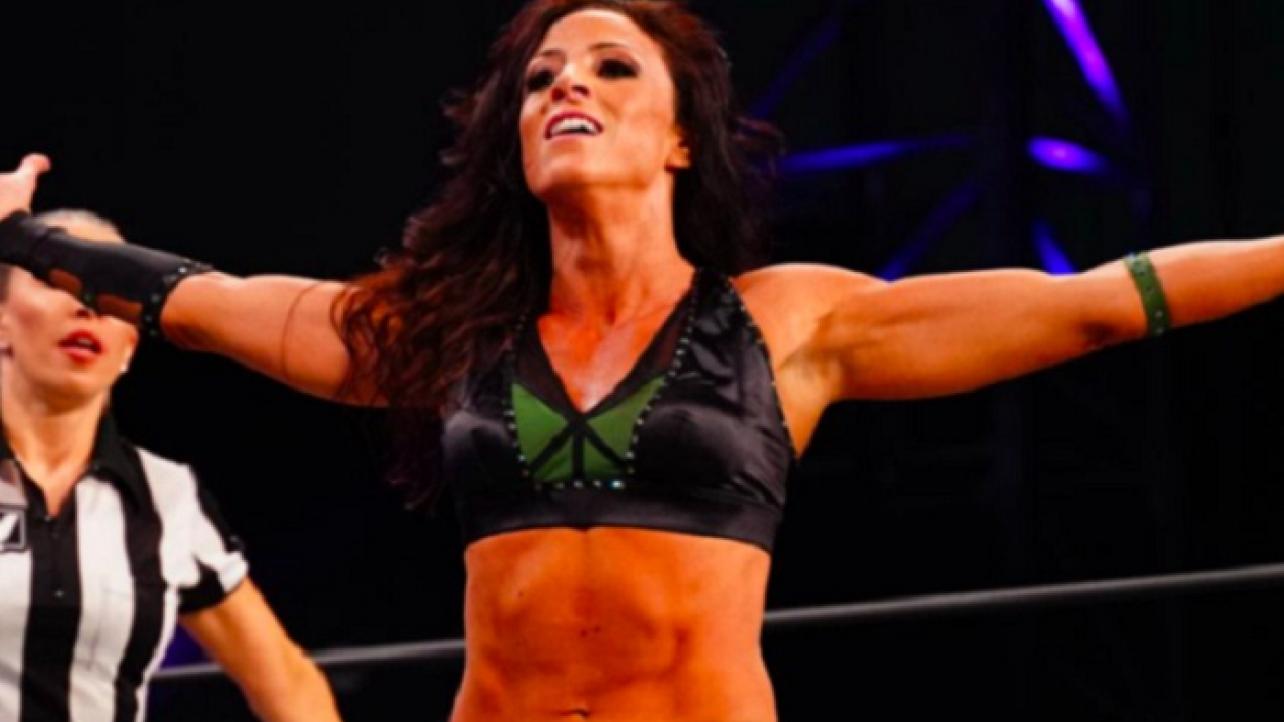 Serena Deeb recently took part in a virtual signing with Captain’s Corner, during which she spoke about a number of AEW-related topics.

During the appearance, the former NWA Women’s Champion and current AEW performer spoke about the talented roster in the AEW women’s division, as well as how she hopes to work with Thunder Rosa again this year.

On the talented AEW women who she believes can be women’s champion: “I could definitely see Thunder Rosa in there [as AEW Women’s Champion]. I could see [a] Mercedes Martinez run in there. I think far down the — well not far down the line but I think ultimately, Anna Jay will have her time, you know. I think she’s homegrown talent and she works really hard, she has like so much potential and she’s doing great and you know, I think just — I think she’s definitely somebody that could step up and fill those shoes one day.”

On how she has loved working with Thunder Rosa and hopes to face her again in 2022: “Some of my favorite matches of my career have been with Thunder Rosa. I mean that first Dynamite one is really special because it was my reintroduction in the ring after — I mean if you exclude the two Mae Young Classic matches which were like such a kind of blip on the radar, you know? I hadn’t been in the ring for five years so that was like, you know, my first match in half-a-decade pretty much, excluding the other two. So that match was really special. The NWA Women’s Championship match that we had where I won the championship was also one of my favorite matches. I think that one was — unfortunately, a lot of people didn’t see that match. I wish more people had seen that match because I felt really good about it and I think we have really similar styles and we mesh, we work, it works. Sometimes, two different styles work really well together and then sometimes, very similar [styles] just work even better, you know? So I think in that sense, we have that where we vibe with the same type of wrestling. We both like submission and technical wrestling and I think for people that appreciate that type of wrestling — not everybody does — some people like the high-flying and stuff but that’s what vibes with me and that’s what vibes with her and I think it’s made for some really cool matches and there was a third one in there. I know we’ve had three. Oh yeah, there was a third on Dynamite where Britt Baker got involved of course, and felt really great about that one too and you know, we’ve kind of gone in different directions but honestly, one of my biggest hopes of 2022 is that we circle back around because I think we can make magic.”

Check out the complete virtual signing at Facebook.com. H/T to PostWrestling.com.