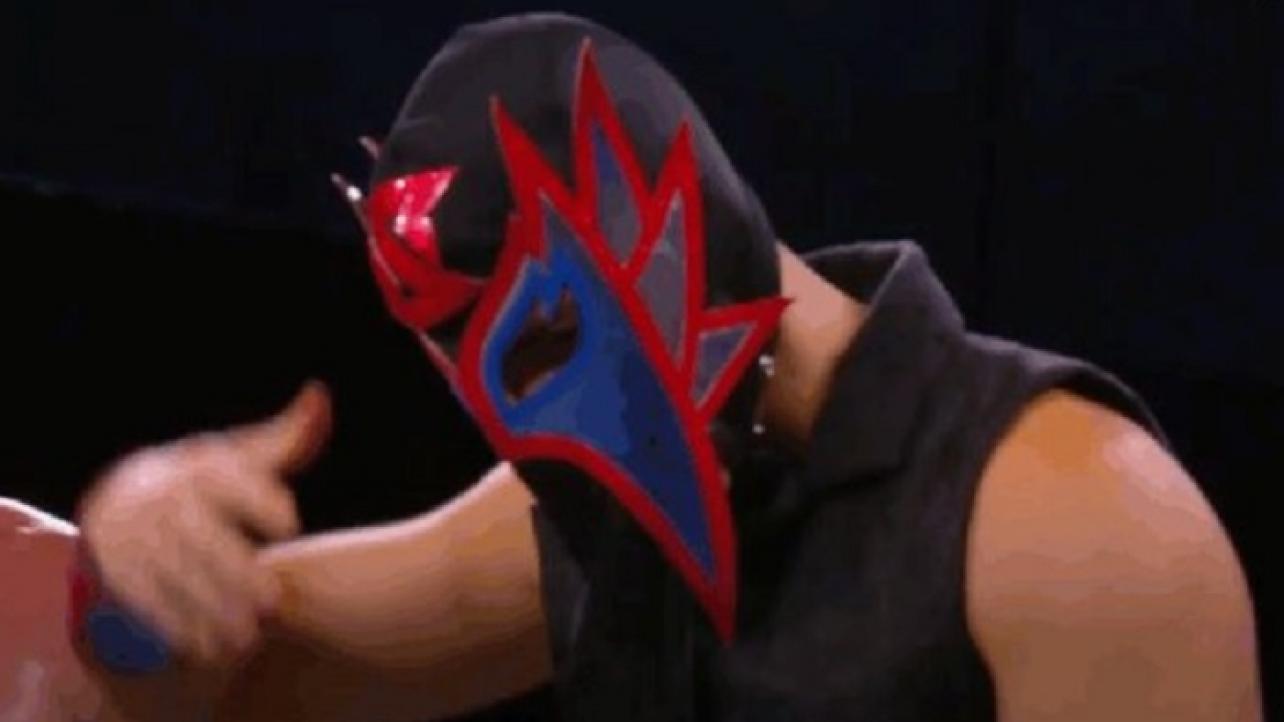 Serpentico Reveals Which Match He Thought Was Going To Be His Last, How He Ended Up In Chaos Project Tag-Team In AEW

All Elite Wrestling tag-team Chaos Project — Luther and Serpentico — appeared as guests on the latest installment of the official AEW podcast, AEW Unrestricted, for an in-depth interview covering all things pro wrestling.

During the interview, Serpentico of Chaos Project spoke about how he came to join AEW, the story behind getting paired up with Luther and thinking his match against QT Marshall was going to be his last.

Featured below are some of the highlights of comments made by Serpentico during the interview.

Serpentico on how he ended up getting paired with Luther as the Chaos Project tag-team in AEW: “[Tony Khan] saw us randomly in the back just kind of hanging out together and stuff, and we have a unique look. And he approached [Luther] first. I heard through the grapevine that he might have an idea of putting us together. He gave us a little tryout match to see how we gel, and that was that. He just put us in a match that night.”

Serpentico talks about joining AEW: “That match was right after all the bookings ceased. The indies shut down. Because I’m local, I had at least 10 to 15 bookings on that week alone. Well, there goes my rent because at that time, I was actually living off of independent wrestling. I’m really proud of that, but at the same time, because I was living off independent wrestling, once it shut down, which no one ever thought would happen, now how am I going to pay rent? What am I gonna do? I have some savings, but eventually, it’s going to go away, and I’ve known QT for such a long time. We trained together at Bubba and Devon’s school in Florida. He reached out to me and said, ‘Hey, I know you’re hurting for bookings and stuff, and this might not lead to anything. I can’t promise anything but show up. You want to wrestle me? It’d be cool.’ And I personally thought, this would be a nice way to go out, wrestle one of my friends. Wrestle Dustin and then that’s it because I wasn’t expecting anything to come from it.”

Serpentico on thinking his match against QT Marshall was going to be his last: “They kept calling me back, and I told QT this months after. My intention was that to be my last match. I like to say I’m a very forward thinker, and I didn’t think I could kickstart my career after a world pandemic to where I was. It’s gonna be really hard. Wrestling was hot. It was great, and then once everything shuts down, it’s like a motor. It has to slowly start turning its gears again, and eventually, it’ll get going again, but as it were, you’re not gonna be able to make a living off of it. So that was my last match, and he kept just calling me back, and here I am now.”

Check out the complete episode of the official AEW Unrestricted podcast featuring the new interview with Chaos Project by visiting Apple.com. H/T to 411 Mania for transcribing the above quotes.

Serpentico Reveals Which Match He Thought Was Going To Be His Last, How He Ended Up In Chaos Project Tag-Team In AEW