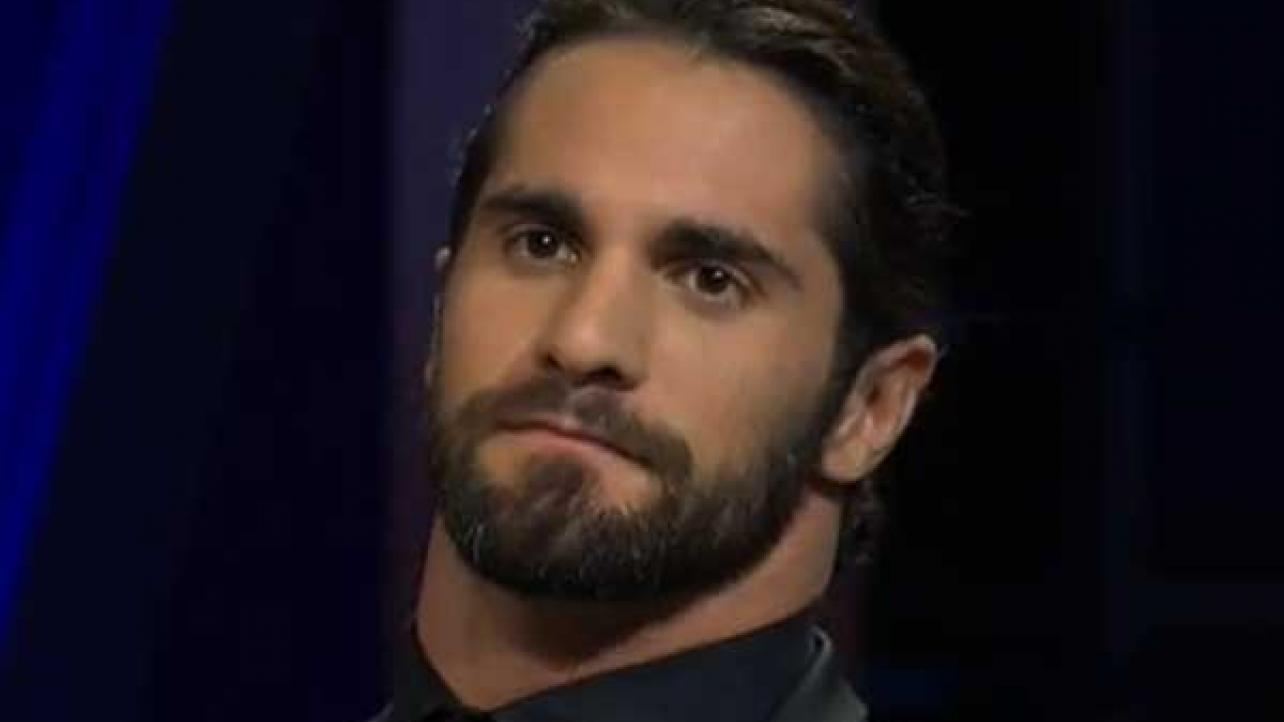 Seth Rollins Admits Never Being Fond Of Riddle, Reacts To Comments Made By His Ex-Wife & More

During the discussion, the longtime WWE Superstar spoke about how he has never been particularly fond of Matthew Riddle, whether he has issues working with him now, his belief that nothing is off-limits in a promo battle, as well as how the most recent comments made by Riddle’s ex-wife were not part of the plan for their storyline.

On how he has never really liked Riddle: “As long as I’ve known the guy, I’ve never really liked his attitude. I’ve never really liked the way he goes about his business. A lot of the ways he sort of disrespected guys way above his pay grade when he was down at NXT, the Booker Ts, the Goldbergs, the Brock Lesnars, I’m just like, ‘Dude, pay your dues, work your way up, you’re so good.’ He’s so ultra-talented in the ring, just like he was in the octagon. That’s never been his issue, his issue is his head, getting himself mentally where he needs to be able to consistently perform. He’s trying to talk his way to the top, which I respect in some ways. At the same time, you’re going to get there, just work your way up the right way. It really kicked off, there was an incident with his now ex-wife, where he was taking her side as she was, better or worse body-shaming, that’s the only way I can put it, my wife and some of the other girls in the locker room, completely unprovoked. I understand, as a husband, you have to take your wife’s side, but you also can zip your trap sometimes. I felt like him taking her side, I was like, ‘You gotta shut up.’ Essentially, the guy opens his mouth when he shouldn’t and says things when he shouldn’t, and it gets him in some hot water. I don’t like the way he conducts himself.”

On how the recent comments made by Riddle’s ex-wife were not part of the plan for their storyline: “No, I don’t even know what prompted her to do that. I don’t even know in what context or what world she thought her opinion was necessary. I don’t want to spend too much time on her, but the main crux of it was, ‘Yo dude, you work with us, we’re supposed to be working together and you’re creating this divide where this doesn’t need to be one.’ Him speaking up and saying, ‘I’ve got her back no matter what she says because she’s my ride or die,’ I get it, but there are better ways to handle the situation.”

On whether he has issues working with Rollins now: “I’m a professional. I get the job done. Anybody I ever worked with, you could ask, no matter what has gone on backstage, when the red light is on and we’re out there in front of the crowd, it’s a different person. Backstage is a different situation as well. There is Seth Rollins and Matt Riddle backstage, we’re never going out, hanging out, going to bars, partying, doing anything like that. Probably not even sharing a slice of pizza. Then there’s Seth Rollins and Matt Riddle in the ring, and I’m a professional, so I handle things accordingly on both sides of the camera.”

On how he doesn’t think anything is off-limits during a promo battle: “I don’t think so. This is something I learned from working with John Cena. He always taught me to have a very thick skin when it came to whatever was said on camera because it’s fair game. If it’s on camera, it’s fair game, it stays out there and lives in that world. Backstage, that’s a different world. Those are two different things. John always instilled in me, and I always feel the same way, you can bring up anything you want about my personal life, and I’ve got plenty of skeletons in my closet that you can talk about, or things that I’m insecure about, and you have to be prepared to handle that on the back end. When you’re out there in front of the camera, I say anything goes,” he said.

Check out the complete Seth Rollins interview with Ariel Helwani of BT Sport by visiting YouTube.com, or by checking out the video embedded below. H/T to Fightful.

Seth Rollins Admits Never Being Fond Of Riddle, Reacts To Comments Made By His Ex-Wife & More