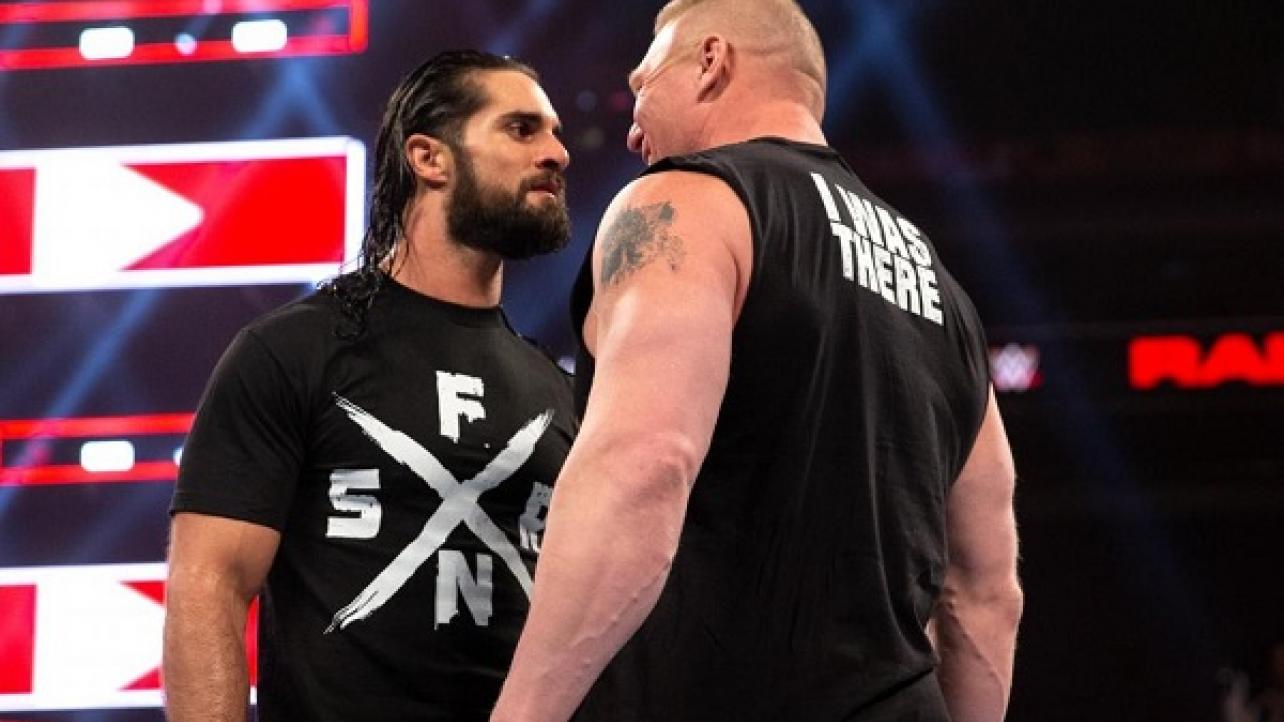 As noted, Seth Rollins recently took part in an international media conference call to promote the upcoming WWE Money In The Bank 2019 pay-per-view where he defends the WWE Universal Championship against A.J. Styles in the main event. Featured below are some additional highlights from the call.

On being open to giving Brock Lesnar a rematch for the WWE Universal Championship: “I’d be up to the task. The thing is I’m down for a challenge because if you’re a champion that kind of rests on his laurels and says, ‘I don’t know, I already beat that guy, he’s not worthy’ then I think that’s not the kind of champion I want to be. I want to be a champion that will define the title and I want to take on all challengers. While Brock Lesnar is living and breathing he is most certainly a capable challenger for the Universal Championship. I beat him once so I’m not afraid to giving it another shot. I would definitely be open to giving him a rematch even though I do know what’s at stake if he were to beat me.”

On feeling like Lesnar devalued the title with his part-time schedule and the way his run was handled, and wanting to return prestige to the title during his current reign: “My most immediate goal is to just be kind of a champion of the people. With Brock Lesnar carrying the title the way he did over the past couple of years, sort of only defending it when the time is right – in my opinion he devalued the title. I think he thought that he could make it more prestigious but to me having the title on the show every week and being a champion that defends the title on a regular basis only makes the title and its legacy grow. That’s pretty much my goal right now for the duration of 2019. [It] is to be the absolute best champion that I can be and that starts at Money in the Bank coming up in a few weeks in what could be my first major title defense on Pay-Per-View against AJ Styles, which is a match that I’ve been looking forward to for a very long time. So it will be very cool to see how the next few months and the next year play out for me as I hope to defend my Universal Championship all across the world.”

On Dean Ambrose: “That’s a hard question to make. No one knows whats going on inside Ambrose’s head except for Ambrose, probably a good thing, but never say never. We’ve seen crazier things in WWE and we could never see Ambrose again or we could see him tomorrow night, who knows? He’s the only one who knows the answer to that and time will tell obviously. But I’m happy for him, I’m hoping that he gets what he’s looking for. From a personal perspective, I very much hope that we see him again. He’s a good brother and I like having him around.”

(H/T to Express Sport for transcribing the above Seth Rollins quotes.)