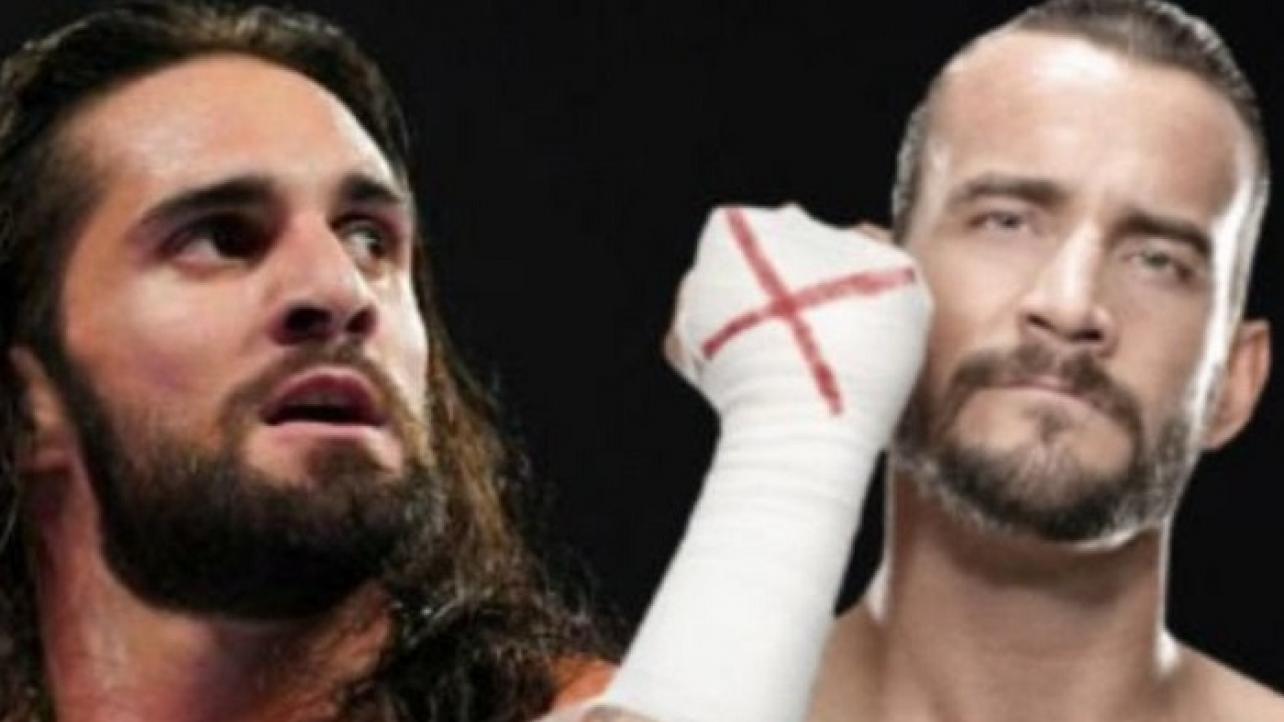 Seth Rollins To CM Punk: “If You Want To Man Up, The Only Place The Match Happens Is WrestleMania”

It looks like “The Architect” is dead serious about his public call-outs of “The Best in the World,” as WWE Superstar Seth Rollins recently elaborated on his desire to get WWE Backstage On FS1 co-host CM Punk inside the squared circle at WrestleMania 36 next April in Tampa, Florida.

WWE Superstar Seth Rollins stopped by 101 WKQX in Chicago to hype the upcoming Survivor Series weekend, where WWE will host four events from the Allstate arena in the span of four days.

Rollins took the opportunity to further his online beef with CM Punk, declaring that he still wants a match with the Second City Savior.

He also jabs at Punk for criticizing the company on last Tuesday’s WWE Backstage, and challenges Punk to meet him in the ring.

“Say whatever you want, play it however you want, that’s what Punk always does…but at the end of the day if he wants to come on a show and run his mouth about me and a company that he has had no part of for five years, then of course I’m going to stand up for it. This is a place that has given me everything that I’ve ever wanted in my life, not only for me but has provided me a living for my family, for people that I love, that I care about and of course I’m going to have its back. I’m not going to sit here and let you push it around, push me around and act like you’re so cool. You couldn’t bust a cherry in a fruit fight, dude.

“I want to make some money, so if CM Punk wants to talk all of the smack in the world, I’ve invited him a million times to come to my ring. To my domain on live television where you can’t hide behind anything, no desk in LA. Let’s do this thing, man. Let’s fight. Let’s fight it out like men.”

The former WWE Universal Champion would continue, stating that if there is only one place for this dream bout to happen — WrestleMania.

“I don’t know what he’s up to, but the bottom line is wherever, whenever he wants to do this thing, if he wants to man up and do it, I’m there. For me, the only place the match happens is WrestleMania in the main event. That’s the only reason I’m picking a fight with him, I’ve got no other interest than that. If he’s interested, it’s out there. Any time you’re ready, let’s go.”

Check out the complete Seth Rollins interview below.

(H/T to WrestleZone for transcribing the above Seth Rollins quotes.)

.#ICYMI: Apparently #SethRollins is serious about his #CMPunk public call-outs, as @WWERollins elaborates in NEW interview at length about his issues with @CMPunk, fires more shots at #WWEBackstage host & challenges him for #WrestleMania main event

Seth Rollins To CM Punk: “If You Want To Man Up, The Only Place The Match Happens Is WrestleMania”