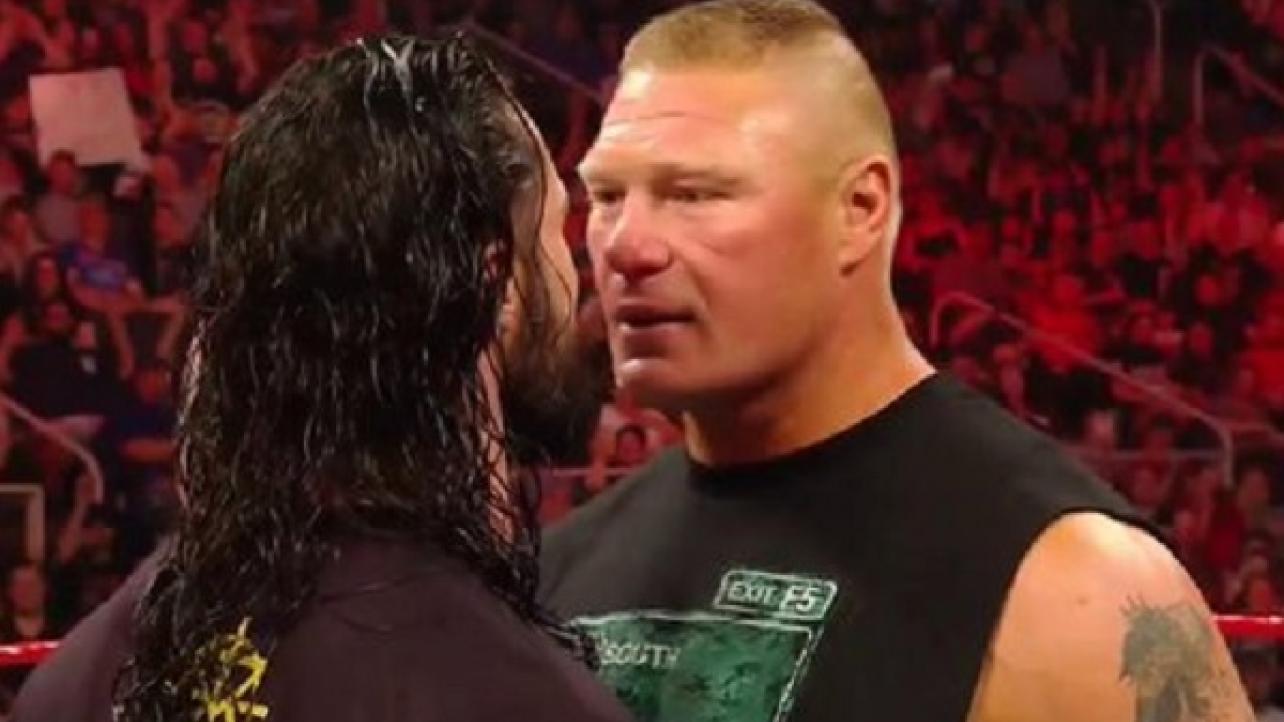 “The Architect” is not in great shape right now.

WWE Universal Champion Seth Rollins was taken to a local medical facility after the attack he endured at the hands of “Mr. Money In The Bank” Brock Lesnar on Monday night’s edition of RAW, according to a statement released by WWE on their official website immediately after the show.

The injury is very likely a storyline by WWE, as Rollins is still advertised to defend his WWE Universal Championship against Baron Corbin at this Friday’s WWE Super Show-Down 2019 pay-per-view in Jeddah, Saudi Arabia.

Check out the complete article released by WWE regarding Seth Rollins’ injury at WWE.com.

In related news, Lesnar confirmed that he would be cashing in his Money in the Bank briefcase / contract at the WWE Super Show-Down 2019 PPV in Saudi Arabia this Friday.

Make sure to join us here at eWrestling.com this Friday for live play-by-play results coverage of WWE Super Show-Down 2019!