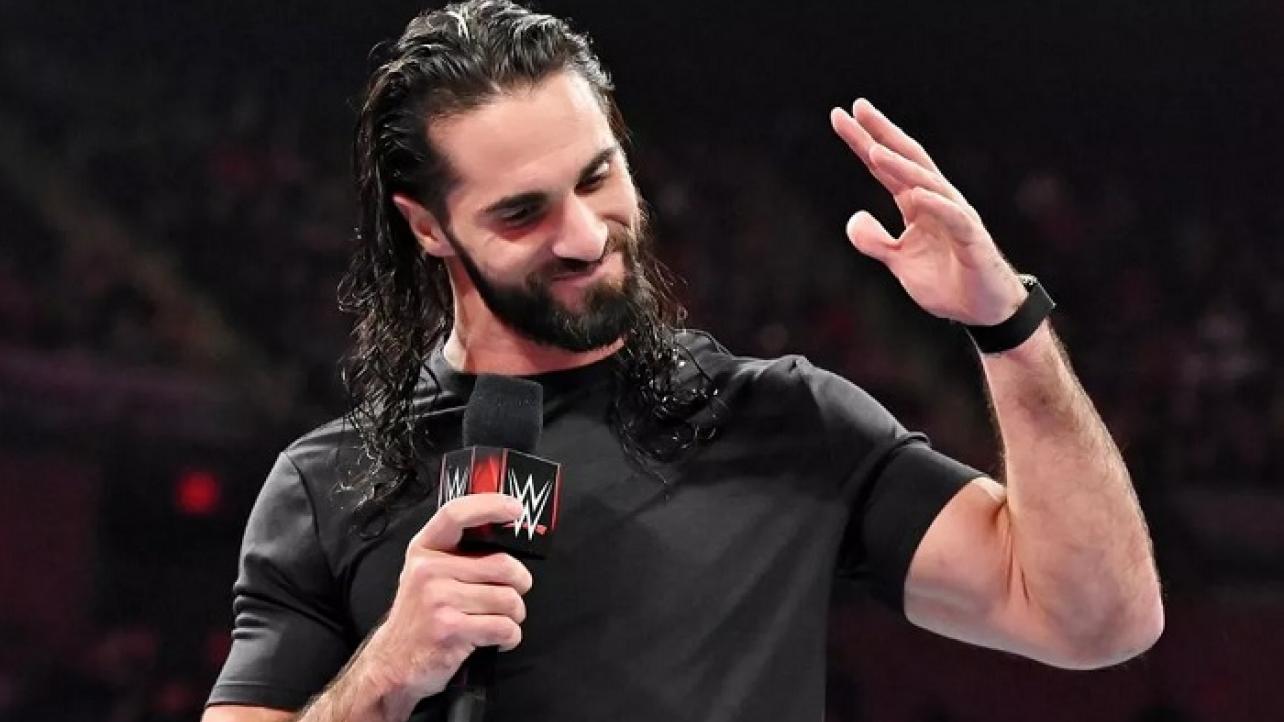 Seth Rollins suffered an injury during his match against Erick Rowan at a WWE live event on Sunday, and apparently it resulted in some last-minute changes to the original plans for Monday night’s WWE TLC 2019 pay-per-view “go-home” edition of WWE RAW.

F4WOnline.com is reporting that Rollins is dealing with a broken little finger and that he was originally scheduled to face Cedric Alexander at WWE RAW on Monday night at the Bon Secours Wellness Arena in Greenville, South Carolina.

Instead, due to the broken finger injury, Rollins was pulled from the originally planned Alexander match.

The main purpose of the show was to solidify his heel turn heading into this Sunday’s show at the Target Center in Minneapolis, Minnesota, where “The Architect” is rumored to be facing off against Kevin Owens.

WWE has yet to confirm the match, however the angle setting up the bout took place on Monday’s show, as Rollins aligned himself with The Authors of Pain and attacked Owens during a backstage segment on the show.

After the show, WWE’s official website provided a medical update on Owens, claiming they are attending to the injuries he sustained in the assault from Rollins and AOP on Raw.

We will keep you posted here at eWrestling.com as updates surface regarding the rumored Seth Rollins vs. Kevin Owens match for WWE TLC 2019, the Rollins heel turn and Authors of Pain angle and more.

WWE TLC 2019 goes down this Sunday, December 15th, from the Target Center in Minneapolis, Minnesota. Make sure to join us here at eWrestling.com on 12/15 for LIVE results coverage of the show.

Backstage news on #SethRollins suffering an injury in #ErickRowan match at #WWELive event this past Sunday evening (12/8), resulting in #WWE being forced to change original plans for #WWETLC go-home edition of #RAW on Monday night (12/10)