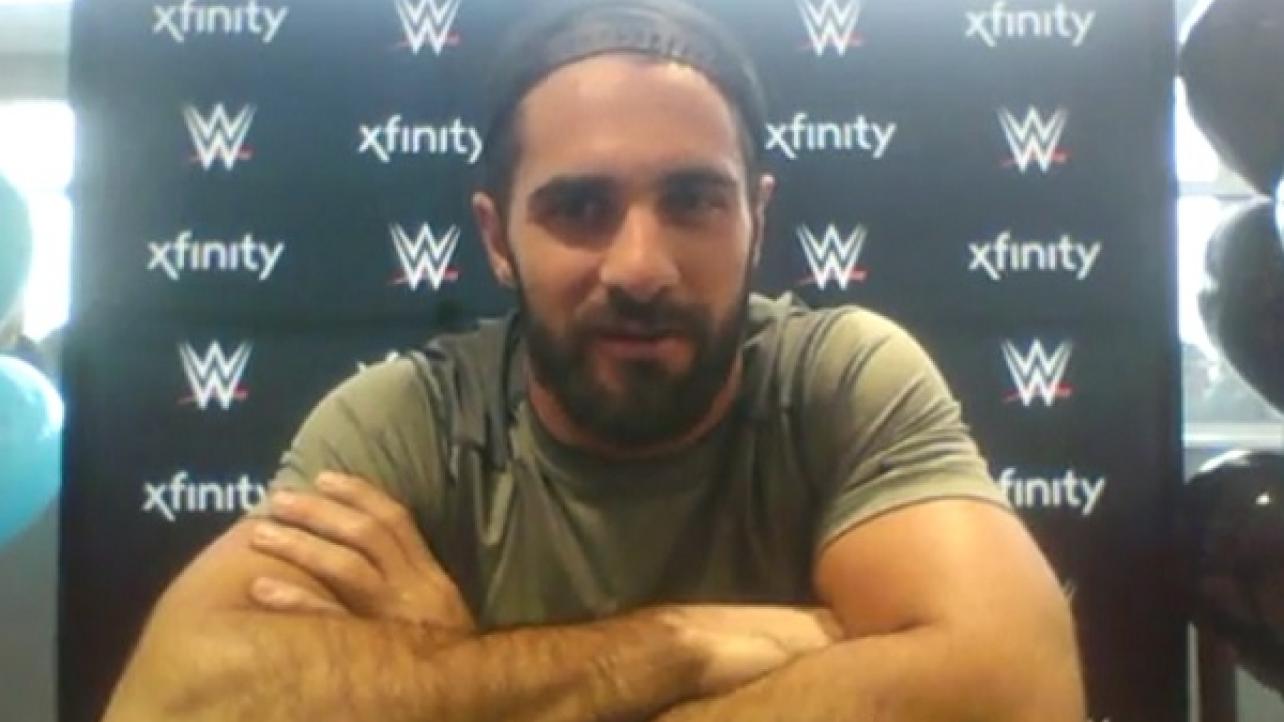 WWE Intercontinental Champion Seth Rollins recently took part in a Q&A with fans on WWE’s official Facebook page. Featured below are some of the highlights.

On he would like to face inside the squared circle: “I know he’s new, but Matt Riddle. He’s someone who’s super talented and has an interesting skill set, a different style. I’m always intrigued by different styles, I feel like I can have a good match with anybody and I’d like to see how Riddle and my style mesh together.”

On his favorite WWE moment: “It’d be easy to say the cash-in at WrestleMania 31, but I’m gonna go with taking a helicopter into The O2. That was a pretty sick thing to do. Go right from a live event in Cardiff, get in a chopper, go over whatever body of water that was, and go right into The O2 on a helicopter with Roman [Reigns] and Dean [Ambrose]. Then go into the ring to wrestle Undertaker, it doesn’t get really get any cooler than that.”

On Rey Mysterio returning to WWE: “I was stoked about Rey Mysterio. Very happy to see him back, I had the privilege to be in the ring with him before he left last time and he’s just really fantastic. He looks like he’s in the best shape he’s been in a long, long time. Watched his match with [Shinsuke] Nakamura on last week’s SmackDown 1000, which was just fun to see Rey back in the ring. And that was just the tip of the iceberg.”

On being in the World Cup tournament at the WWE Crown Jewel pay-per-view: “I’m looking forward to it, you look at the amount of talent in the tournament, plus the weird match-ups that could go down in that thing. Kurt Angle is in that thing, I’ve never wrestle Kurt Angle, I’d love to wrestle Kurt Angle. You got Rey Mysterio, Randy Orton, Jeff Hardy, John Cena is in it and I haven’t have a singles match with John in quite some time. There are so many options, I’m very curious to see how it all pans out. I don’t know what the brackets are going to look like or anything like that.”

On pop culture references in his wrestling gear: “I just see something that peaks my interest, I guess. Whether it’s Knight King from Game of Thrones, or Thanos, or some sort of pop culture reference. You look at the ‘Tron-ish’ gear from SummerSlam a couple years ago. I didn’t want to have Tron theme gear, but I liked the design and the futuristic look of it. Whatever hits me in the right spot at the right time.”

Check out the complete Seth Rollins Q&A video below.