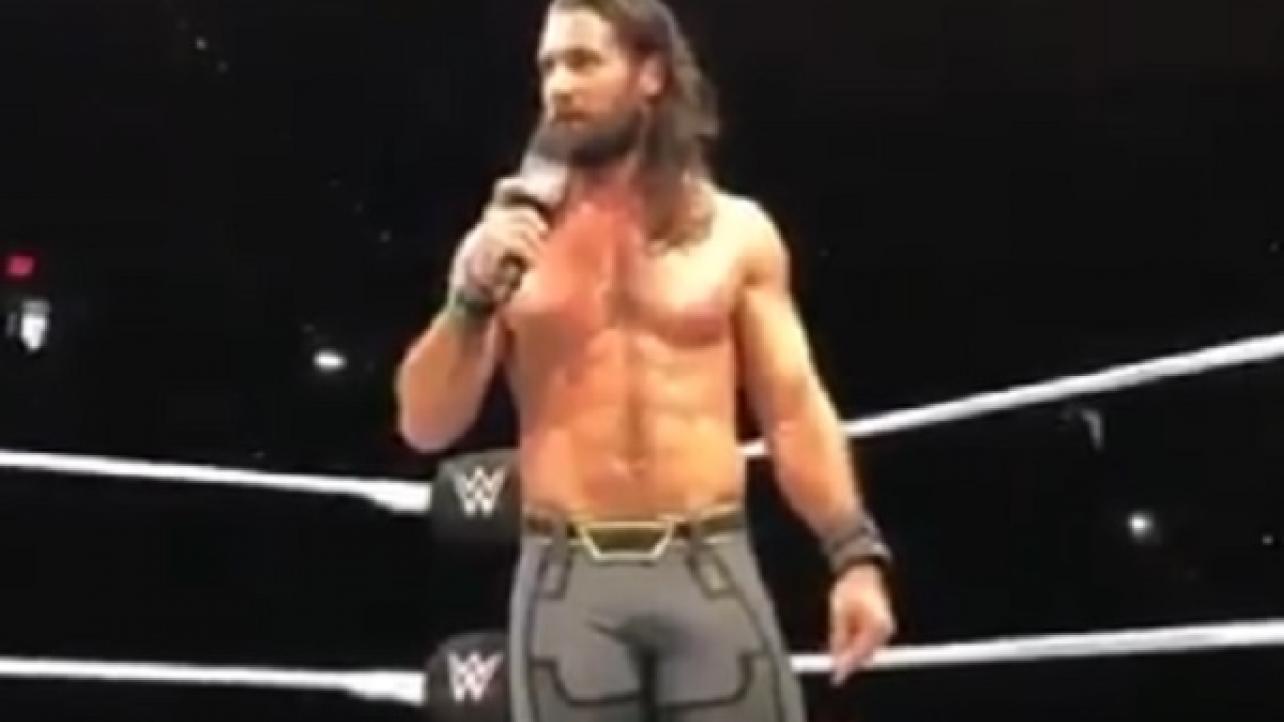 In addition to Finn Balor officially entering the 30-man Royal Rumble match at this month’s WWE pay-per-view over the weekend (Video Here), another top level WWE Superstar has confirmed his participation in the bout.

Seth Rollins cut a promo at the WWE live event in Columbus, Georgia on Friday and officially announced that he will be an entrant in the 30-man Royal Rumble match as well. Check out the video below.

With that now known, below is an updated look at the confirmed participants in the 30-man Royal Rumble match:

The confirmed participants for the 30-woman Royal Rumble match looks as follows:

WWE Royal Rumble 2019 goes down from Chase Field in Phoenix, Arizona on Sunday, January 27th. Make sure to join us here at eWrestling.com on 1/27 for live play-by-play results coverage of the show.

With #RoyalRumble right around the corner, @WWERollins is officially throwing his name in the ring! #WWEColumbusGA pic.twitter.com/OI1H1k4wNG