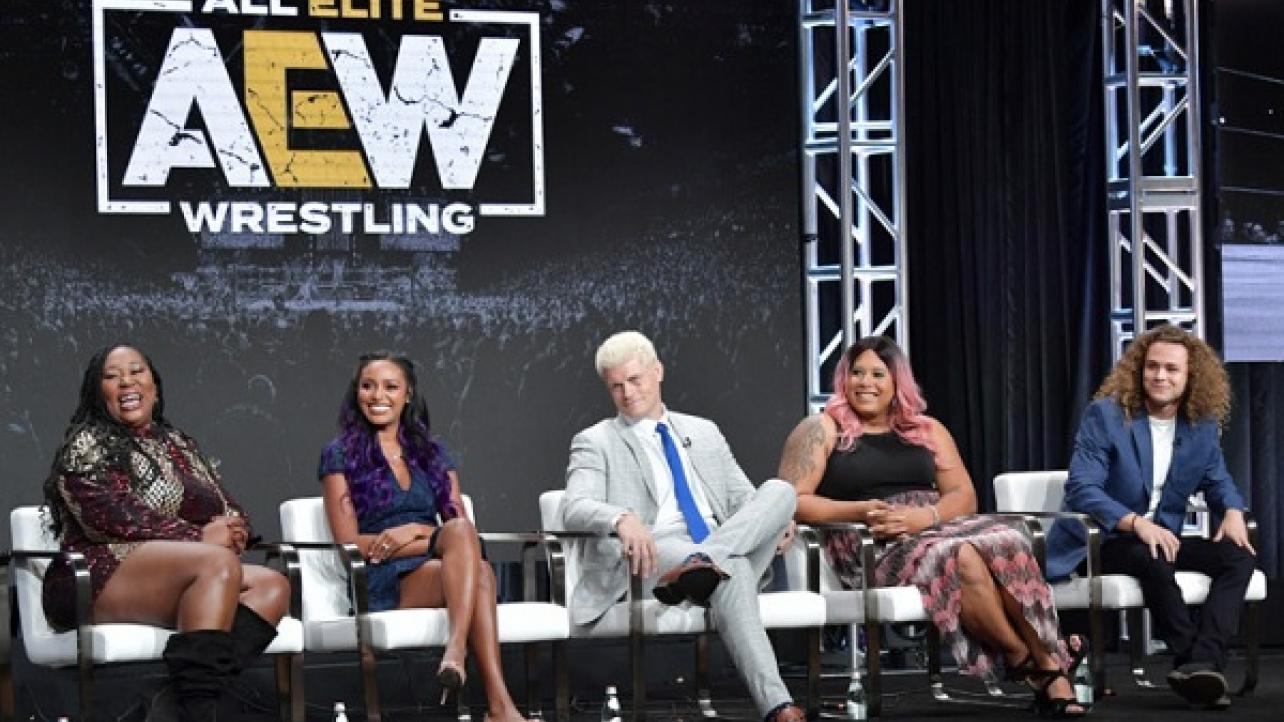 On Tuesday, All Elite Wrestling (AEW) wrestlers, performers and Executive Vice Presidents — Cody Rhodes, Kenny Omega and The Young Bucks (Nick and Matt Jackson) — all of whom fit each of the aforementioned job titles — took part in a panel Q&A, along with other AEW talents, to talk about the upcoming launch of their new, weekly, two-hour live AEW On TNT show.

As noted, the program kicks off with the inaugural episode emanating from the Capital One Arena in Washington, D.C.

Advertised for the event thus far is the crowning of the first-ever AEW Women’s Champion, Cody Rhodes vs. Sammy Guevara in what will likely be the opening match on the show, a live appearance by Jon Moxley and a big Six-Man Tag-Team Match with Omega and The Young Bucks teaming up to take on the trio of Chris Jericho and two mystery partners of his choosing.

Check out a feature that lists 7 reasons why the new AEW On TNT program absolutely fits the criteria of “Must-See TV” before it has even started by visiting Complex.com, or the links included in the following tweet from the official Twitter page of Complex Sports, which AEW re-tweeted via their Twitter page this week.

Make sure to join us here at eWrestling.com on 10/2 for live AEW On TNT results coverage!

Cody, the Young Bucks, & Kenny Omega got the internet wrestling community buzzing about AEW on TNT.

Here are 7 reasons why the show will be must-see TV: https://t.co/eHm1LcxnXW pic.twitter.com/W0VBzoEVku