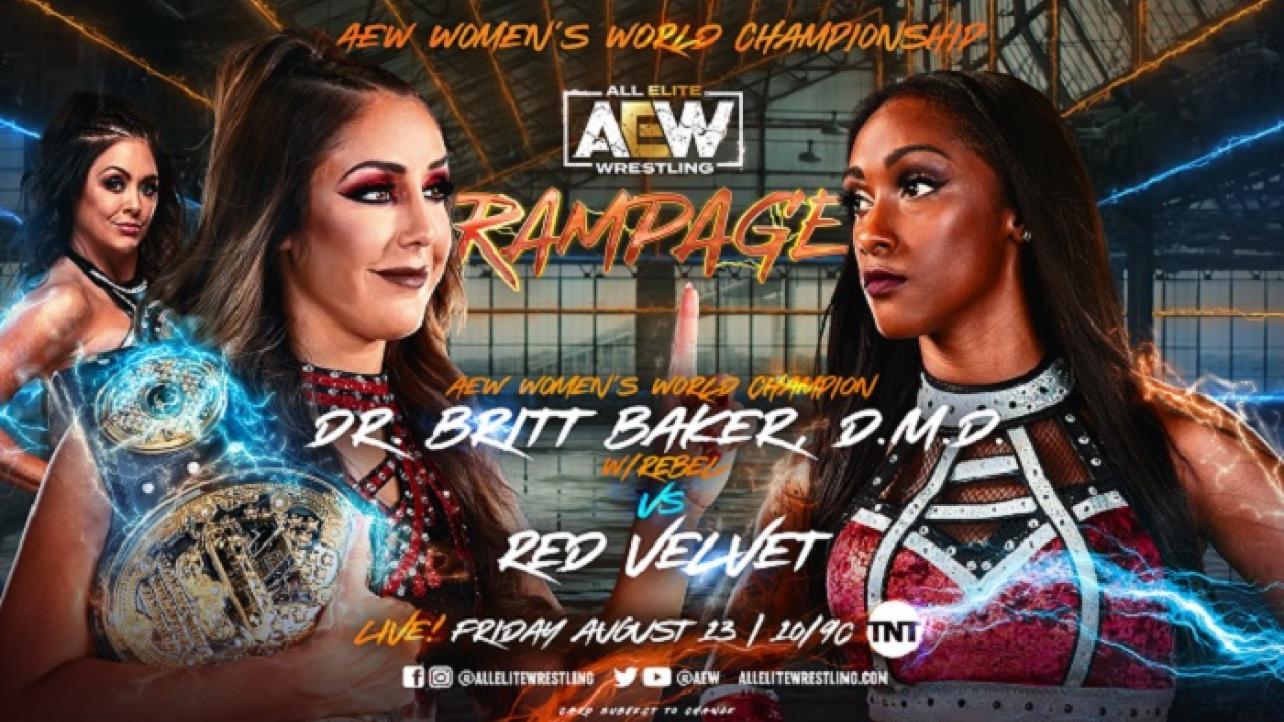 A handful of AEW personalities took to social media to applaud the efforts of the two competitors involved in the main event of the inaugural edition of AEW Rampage on TNT.

Following Dr. Britt Baker’s victory in her AEW Women’s Championship defense over Red Velvet in her hometown of Pittsburgh, PA., Brandi Rhodes, Dustin Rhodes, Matt Hardy and Baker herself took to Twitter comment on the match and show.

Featured below are the comments posted by the aforementioned AEW stars on social media following Friday night’s AEW Rampage on TNT premiere from the Petersen Events Center.

Great main event from the ladies!! @RealBrittBaker and @Thee_Red_Velvet let it all out. Congrats on a HUGE MAIN EVENT, for our brand new #AEWRampage

#AEWRampage was a kick ass hour of professional wrestling. @AEW nailed this debut episode. Proud to be a part of @AEWonTNT.

#ANDSTILL
With a broken freaking wrist