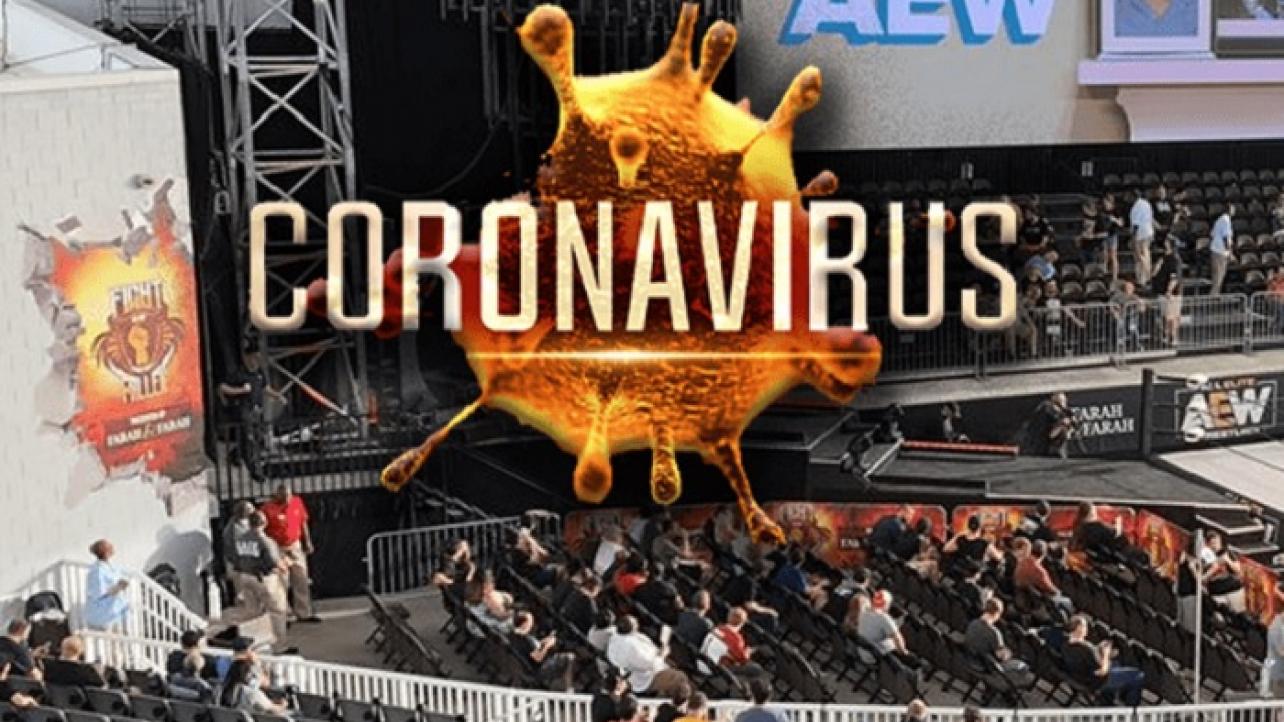 The COVID-19 outbreak has spread to All Elite Wrestling, as several AEW wrestlers have tested positive for Coronavirus in a major story that is still developing.

Spectrum Sports 360’s Jon Alba as well as Fightful.com’s Sean Ross Sapp are both reporting that AEW has been hit by multiple positive COVID-19 cases with many talents last appearing on September 9 and then testing positive in the two weeks after that.

It is completely unclear if the talent tested positive at the tapings or independently or if they contracted the virus through AEW’s events or in a non-wrestling environment.

Apart from those that tested positive, many other talents are either showing symptoms or feeling ill, but there is no word on whether this is due to COVID-19 or not.

Sapp reports that some of the talent involved in this outbreak were brought in to wrestle during the last AEW Dark tapings and then for last night’s show, many wrestlers were reportedly missing, but no names are being identified.

Alba cautioned that the wrestlers that did not appear during last night’s Dynamite can’t be assumed to have tested positive as it’s possible that the company kept them away for precautionary reasons.

He also noted that AEW’s COVID testing protocols were stringent and that the conditions which led to this outbreak are unknown at this time.

In addition to the news that broke prior to Dynamite regarding “The Murderhawk Monster” Lance Archer testing positive for COVID-19, after the show AEW talent Benjamin Carter also confirmed his positive test for Coronavirus.

An update on my immediate future: